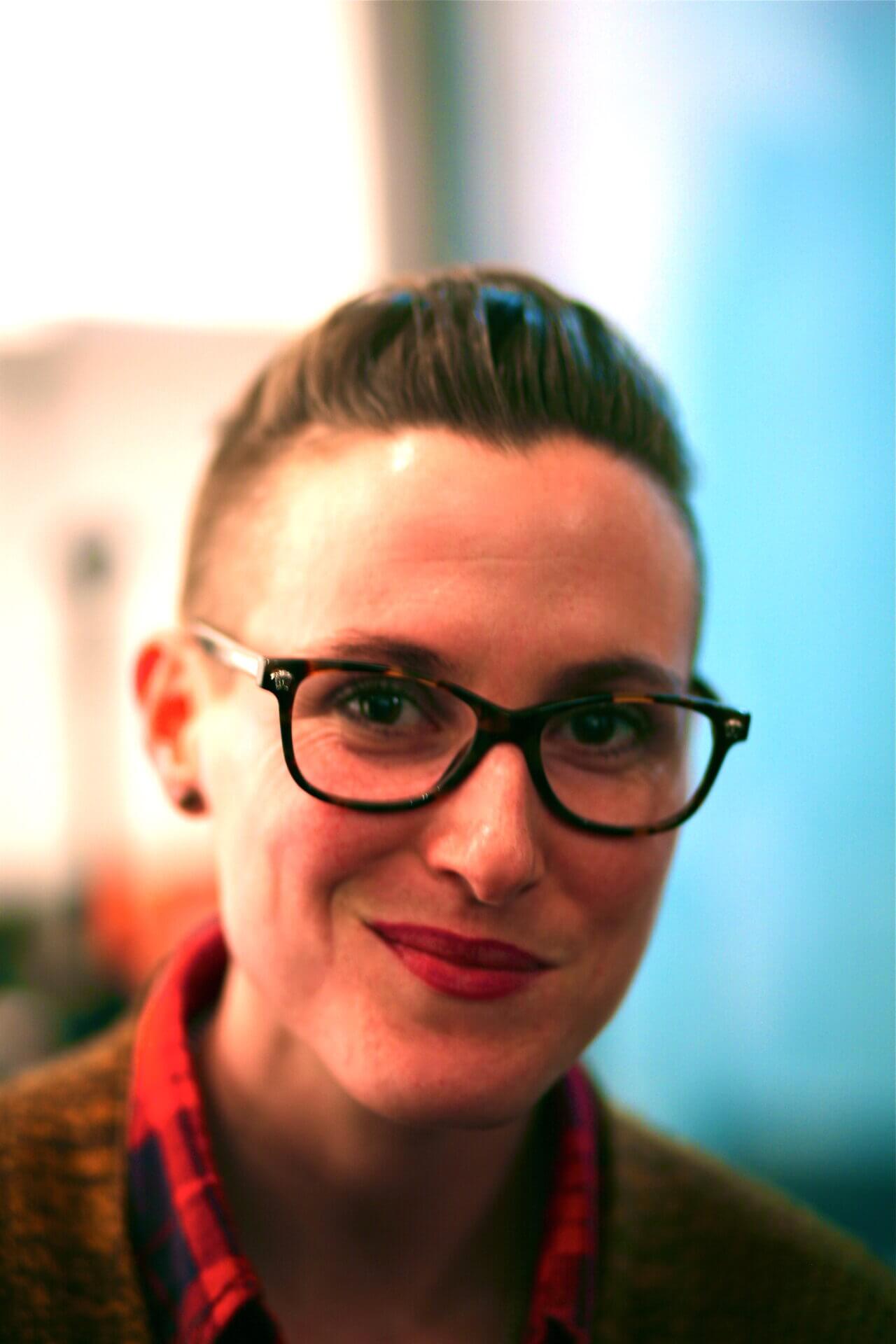 Laura Turley is one of Khane Kutzwell’s past clients.

When Marisa Bollman isn’t shaving her own sides, she cuts hair for editorial shoots as as stylist.

An art appreciator at A.I.R. Gallery took her temple shear to extremes.

One subject chose to accessorize her shaved head with a wide smile.

Laura is our local barista. We’ve watched her buzzed temple slowly become a side piece over the past few weeks.

Basha Smolen was happy to show off her shaved hair on her way to the Brooklyn Flea in Fort Greene.

A barista shows of her shaved side behind the counter at Cafe Colette in Williamsburg.

Alexis Harrison’s shaved hairstyle was so chic, we ran after her down Bedford Avenue. She was happy to oblige an impromptu photo shoot once we caught our breath.

One subject, rocking her own version of a comb over, chose to show off her missing hair instead of hiding it.

…shaved in the back.

Paloma Lansberry’s look is like an inverse mullet–in the best way possible. Longer in the front…

An attendee with an undercut at A Feminist Tea Party at A.I.R. Gallery in February sparked the inspiration for this story.

Men have Michael Pitt to thank for bringing semi-shaved haircuts back in fashion. Ever since the Brooklyn-based actor started rocking an undercut on the set of Boardwalk Empire, the style has taken off as a trend. Google “Michael Pitt haircut” and more than 1.3 million results pop up, and it’s gotten to be enough of a thing that the New York Times devoted an entire article to its origins, and it has its own unsavory nickname–The Hitler Youth haircut.

If Helen launched a thousand ships, it’s safe to say Pitt has launched as many shearings. But what about Helen? What haircut is she rocking these days?

Over the past few months we’ve been noticing members of the fairer sex sporting asymmetrical, shaved hair styles on the streets, in coffee shops, art galleries, the gym and just about everywhere in between. But unlike Pitt’s undercut, we couldn’t distill the lady version down into a single style (or think of a horrific nickname for it), so we started capturing images of the look in its many incarnations instead. The result is a photo collection like snowflakes–no two are quite alike.

And since we couldn’t identify a common thread between our photos, we decided to ask the experts. In this case Ashlee Sullivan, a stylist and manager of Hair Metal Salon in Williamsburg and Khane Kutzwell, the owner and master barber of Camera Ready Kutz in Crown Heights (a move from her original digs in Bushwick). Sullivan says she began seeing an uptick in requests from female clients for shaved hairstyles two summers ago, around the same time she herself shaved the left side of her head. Kutzwell went straight to old school origins, citing Salt-n-Pepa circa 1988. It seems that the all-girl rap group convinced people to do more than push it.

“Pepa was getting a perm from a family member and one side ended up getting burnt off,” explained Kutzwell in an email. “The group had a show and they decided the only thing to do was to go with it, accentuate it and it became an instant hit hairstyle.”

The women we photographed offered various sources of inspiration–Patti Smith, solidarity with chemo patients–and the shaved aspects of their hairstyles ranged from subtle to extreme, which we learned from Kutzwell is indicative of the style’s Dr. Jekyll-and-Mr. Hyde duplicity.

“Most women when thinking of doing something different and slightly drastic to their hair usually go for the shaved side,” she said. “It’s daring and safe at the same time. Daring to have practically no hair on one side when society has its traditional views of how women should look and safe because most times they can still hide the shaved side with their remaining hair (for work or formal events).”

Shaved hair has the added benefit of being easy to do yourself, which is appealing to anyone uninterested in the cost or time it takes to schedule regular salon appointments to maintain a new look. Any novice with a Wahl can feel pretty confident in taking a little off the top–or side–as the case may be.

While the look offers a “warrior style for some women” according to Kutzwell, giving them a new-found confidence before their shorn hair has even hit the floor, it has its drawbacks too, something Sullivan understands firsthand.

“The problem with it, I can say, is growing it out.”

Leave a Reply to Vaaavaa