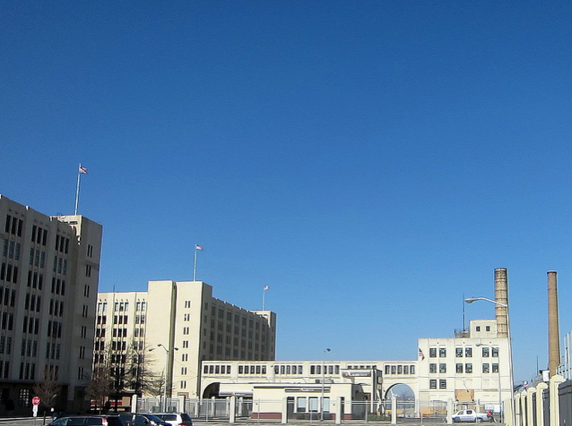 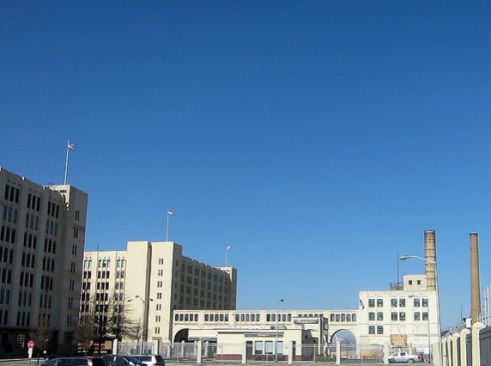 The concrete monoliths that line the South Brooklyn waterfront next to Sunset Park mark one of the few major points of industry still active on the New York City port. This stretch of massive warehouses, including the Bush Terminal and the Brooklyn Army Terminal, as well as older brick buildings in various states of decay, have quieted significantly since serving as a major hub for the early 20th century American military complex. 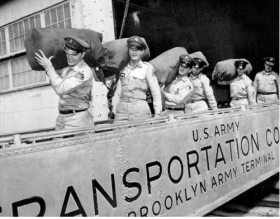 Elvis ships out of Brooklyn for Germany in 1958.

At one point during World War II, half the cargo destined for Europe from the East Coast left from this spot, and ultimately around three million troops departed the port for overseas on the hundreds of boats that set sail from its docks. Even Elvis Presley would deploy out of the Brooklyn Army Terminal for Germany in 1958, and there is still an exhibit in the BAT lobby with photographs of the King and his fellow G.I.s.

When the United States formally entered World War I on April 6, 1917, Congress appropriated funds for massive terminals to be built along the Atlantic and Gulf Coasts, assuming that the war would continue for at least another two years. The Brooklyn Army Terminal was to be the largest of these terminals, and would be constructed next to Bush Terminal, an existing complex taken over by the military as a naval port. 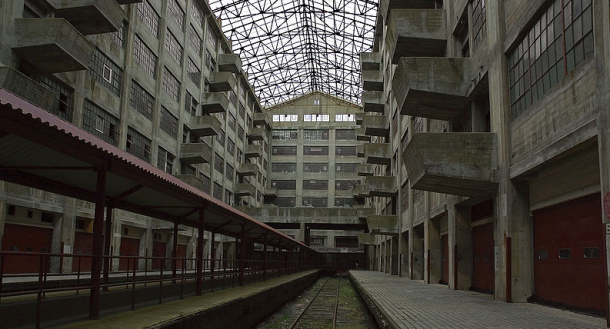 The BAT, originally named the New York Port of Embarkation and Army Supply Base, then officially the U.S. Army Military Ocean Terminal, was built at a cost of $36 million by Turner Construction Company. It was designed by Cass Gilbert, who was also responsible for less austere early skyscrapers like the Woolworth Building. Covering the land between 58th and 65th, the reinforced concrete structure includes a cavernous skylit atrium. In addition to its 91 acres of floor space, the complex was completed with four piers, rail yards, a boiler house, and storage facilities. The piers were connected to the warehouses by bridges and the warehouses linked by underground tunnels. Gilbert said that “the great gray buildings rise above the streets and waterfront like some vast medieval city’s wall,” giving a heavy impression of power and strength.

By the time the BAT was completed in 1919, the war was drawing to a close. However, another global conflict was emerging and when the United States entered World War II in 1941, the BAT and Bush Terminal became central to the American military effort, with the Brooklyn Fleet Supply base north of Bush Terminal also integral to naval efforts for supplying, fueling, and staffing ships.

The BAT was decommissioned in 1960 and later bought by the City of New York in 1981, operating it as an industrial park. The departure of the military left the South Brooklyn waterfront with an imposing vacancy, the cobblestone streets cut with unused train tracks and shrouded in the shadows of the warehouses, the vast interior acres of the complexes almost entirely empty. 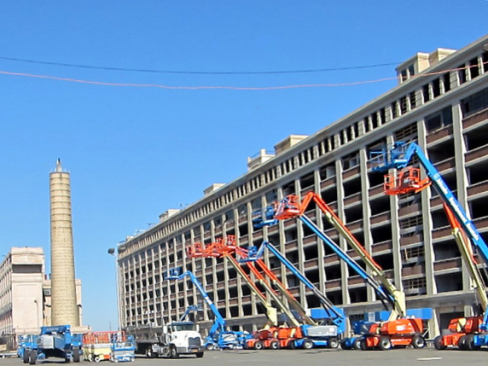 Bush Terminal was designed by London-born architect William Higginson, who was responsible for many of the early 20th century industrial buildings in New York, and named for Irving T. Bush, founder of the Bush Terminal Company. When it was completed, it was the largest multi-tenant complex in the United States, employing 25,000 people. Several of its major buildings had already been finished by 1911, construction was ongoing until 1926. It now sprawls over the area between Second Avenue and Upper Bay between 28th and 50th streets. In recent years the once-empty space has been rechristened as Industry City, and some of it square-footage is now being used as offices for the creative industry and also as art studios and galleries. 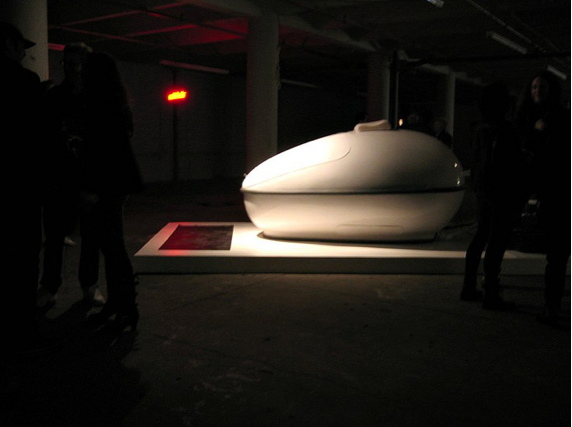 The Think Tank at Marion Spore.

Marian Spore, a gallery created to amass a collection and close with its completion, is an example of the more offbeat artistic endeavors in the the Bush Terminal’s warehouses. The space was named for Marian Spore Bush, the surrealist artist who claimed to be inspired by the spirits of the dead and included unsettling predictions of the future in her work. She was also married to Irving T. Bush–of Bush Terminal. The Marian Spore gallery, which was open from 2009 to 2010, included the “Float! THINKTANK” by Thom Kubli, an egg-shaped coffin in which audience members floated for an hour while immersed in a sound installation, and “Untitled (fault)” by Andy Graydon, in which an acetate record of sounds recorded at a 19th century photography exhibit at the Metropolitan Museum of Art played endlessly, the needle “gradually obliterating the original sound recording and replacing it with white noise.”

Before the world wars and the industrial expansion of the neighborhood, the South Brooklyn waterfront had already been a center for jobs in the maritime industry, including shipbuilding and seafaring. A huge population of Scandinavian immigrants settled in the area and many lived behind the docks and brick warehouses of what would become Bush Terminal. The area was appealing as one of the few waterfront industry centers not dominated by the mob connected to the Longshoremen’s Union. Ambrose Park on the waterfront was large enough to host traveling entertainment, including Buffalo Bill’s Wild West show, which set up camp in 1894.

When the Gowanus Expressway was completed in 1941, replacing the elevated Culver Line which rumbled down Fifth Avenue and part of Third Avenue, bringing masses of laborers to the area by public transportation, the road effectively sliced off the industrial center from the rest of the surrounding Sunset Park neighborhood, and put an end to any residential qualities it still had. The Robert Moses project greatly contributed to the current ghost town feel of much the South Brooklyn industrial area, where on bright weekend mornings you can find yourself entirely alone in the canyons of the towering warehouses, catching glimpses of the water in a silence that was once a cacophony of industry.

Leave a Reply to bushwick daily