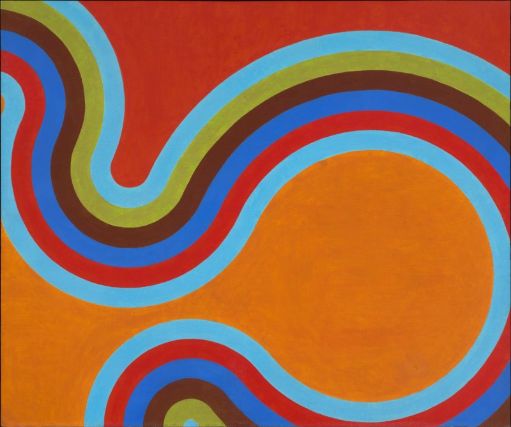 Boston can be low on the weekend-away destination list for first-time visitors–especially New Yorkers. With its to-the-death pride in sports teams, fried seafood infamy and general disregard for outsiders, it’s not perceived as being all that welcoming. But all that’s old news, because Boston is transitioning away from its staid past. The city is brimming with interesting restaurants, has a reinvigorated arts scene and its own artisanal food movement from cocktails to cheese and preserves. This lovely old town is just four hours north and you don’t have to eat fried clams on your visit, unless of course, you want to. 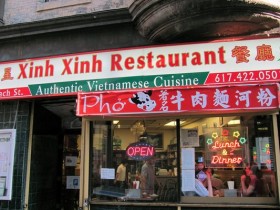 MegaBus (from $10 each way) or Bolt Bus (from $15 each way) are both safe and fast, have onboard wifi and they drop you in the center of town. Amtrak tickets start at around $140 round-trip. All of these modes of transportation pull into South Station, across the street from Boston’s tiny Chinatown. Here you’ll find dumplings, buns, pho and bahn mi. Try Xinh Xinh (7 Beach St.) for Vietnamese noodles and soups, 163 Vietnamese Sandwich and Bubble Tea (66 Harrison St.) for exactly that, and the not-to-be-missed Gourmet Dumpling House (52 Beach St.) for Chinese street food.

From there, check in to your hotel. The Ames has a great downtown location (and a great restaurant–Woodward) and Hotel Commonwealth in Kenmore Square has a number of drinking and dining options on site. Both go for around $300 a night. If that’s out of your price range, understandably, look into renting an apartment on AirBnB. You’ll find something for $80-$150 a night, just be sure to stay within Boston proper. Neighborhoods to shoot for: South End, Back Bay, Seaport, North End, Beacon Hill and Kenmore Square. These neighborhoods are all well linked on the T, the local subway. The bus system complements the T well, but runs a bit spottily. Taxis are expensive and they don’t really care about your rights as a passenger. Independent Taxi Service is one of the best local companies, so keep this number handy: (617) 268-1313.

Here are two itineraries, each starting from a different hotel. 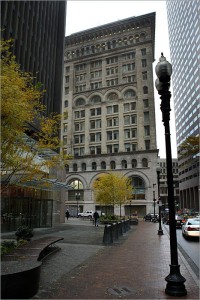 From downtown Boston: The Ames Hotel is home to Woodward, a modern tavern specializing in fresh and local foods, and a nice spot for a cozy, luxe dinner the night you get into town. If you choose to stay here you’ll have easy access to the famous Quincy Market and Faneuil Hall, both shopping and eating destinations with a colonial past. It was here that Samuel Adams rallied the nation to fight for independence, where “No taxation without representation” was first declared, and where George Washington toasted the nation on its first birthday. Now, of course, it houses the Gap and Banana Republic, so, take it for its history and move on. Across the street is the New England Aquarium, where you hear locals sing about walking like a penguin (it’s all because of this classic commercial).

Explore the nearby Seaport district, an arts area exploding with artisans, new restaurants and the relatively new Institute of Contemporary Art. While in the neighborhood (also called Fort Point), head straight to Congress Street. Eat lunch at Sportello, a very cool, very delicious counter service Italian restaurant by one of the area’s top chefs, Barbara Lynch. Don’t miss the bolognese. Visit Twelve Chairs and Made in Fort Point, design shops featuring local art, home design and beautiful trinkets. Twice a year, there’s an open studios art walk, where you can enter private homes and studios to see local work being made. Walk the channel boardwalk and enjoy the views out to sea and back at Boston’s skyline. Take the kids to Boston’s famous Children’s Museum, marked by the giant Hood milk bottle out front. Have a tailor-made cocktail at Drink or have an afternoon snack at the city’s best bakery, Flour, or a pick-me-up at Barrington Coffee Roasting Company.

The North End, Boston’s Little Italy, is where you’ll have dinner. It is the oldest, continuously inhabited residential neighborhood in Boston, first settled in the 1630s. Paul Revere’s house and a statue in his honor are great attractions. (While you’re at it, if you do anything else that’s history-driven, the USS Constitution tour is actually an awesome way to learn about the country’s naval history, and, no joke, the Duck Tours in Boston are hilarious.)

If you care to fight the crowds, you can get a good cannoli in the North End, but a better reason to visit this tourist-filled historic neighborhood is to go to Neptune Oysters. Sit at the counter, drink from their beautifully curated wine list and eat the plethora of New England oyster offerings. Get the johnny cakes, the lobster roll, the burger (yes, there’s a fried oyster on it), get anything. Read Hemingway on the wall of the bathroom. This may be Boston’s finest spot. 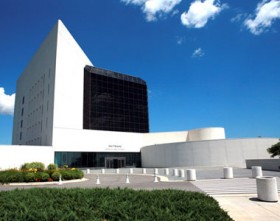 The next morning, have breakfast in the plaza across from South Station at Clover Food Lab, one of Boston’s few food trucks. Get the breakfast sandwich and a pour over. Make the journey down Seaport’s Summer Street from the plaza, to Castle Island, a park surrounding an old fortress on the seacoast. Now home to walking paths, lookouts and windsurfing opportunities, you can take the path all the way down the coast to the John F. Kennedy Presidential Library and Museum, an I.M. Pei-designed building overlooking Boston Harbor. Oddly enough, this library also houses the largest collection of Ernest Hemingway archives in the country. Though Papa had no personal connection to Boston, the Hemingway Society was formed in Beantown in 1980, and the PEN/Hemingway Award is presented at the library each spring. 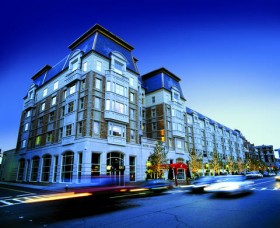 From Kenmore Square: For a different Boston starting point, check into Hotel Commonwealth, located on the avenue of the same name (called Comm. Ave. locally), Boston’s beautiful tree-lined boulevard. The hotel is home to two restaurants and one bar that should be on your short list even if you don’t stay here. Have a cocktail and snack at the bar of Eastern Standard, an old standby that has maintained its cool factor and culinary esteem. Move on to Island Creek Oyster Bar, on the other corner of the hotel’s bottom floor. Designed to mirror Island Creek’s real home of Duxbury, Mass., on the south shore, the Oyster Bar is lined with sea-weathered wood and walls filled with oyster shells. The bar program is worth a visit alone, but go to eat hybridized New England classics with seasonal flare. Finish your night at The Hawthorne, located between these two restaurants, with craft cocktails at communal tables and private lounge spaces.

To take advantage of the hotel’s prime location, spend the next day exploring the Back Bay shopping and dining district on Newbury and Boylston Streets. Newbury once held the weird title of having the most hair salons on one street in the nation. Now you can find all the major retailers like H&M and Marc Jacobs mixed in with small boutiques here. You could attend a performance at the Berklee College of Music (book ahead, the space is intimate and the acoustics perfect), or, during baseball season, make a beeline to Fenway Park, just around the corner. Act like a crazed local and root for the Red Sox, arguably the most vehemently supported home team in the country.

If there’s not a game to be seen, take a walk along the Charles River Esplanade with the joggers and rowers. From the Esplanade, make your way to the Beacon Hill neighborhood, full of historic houses, cobblestone streets, boutiques and eateries. Visit Julia Childs’ favorite market, Savenor’s, where she used to pick up obscure cuts of meat, fresh bread and cheese. 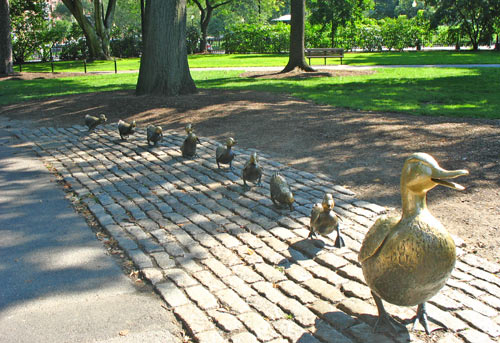 These ducks often sport scarves in the winter and have been know to wear Red Sox caps.

The Boston Common and Public Garden, parks that make up the heart of the city, are also close to Comm. Ave. The Common is the oldest park in the nation; the Garden, designed a century later, is a landscaped, duck and goose-filled European-style park. Be sure to see the bronze Make Way for Ducklings statues, based on the famous children’s story set in the gardens. The houses surrounding the parks are worth seeing too; some still have their original windowpanes from nearly 400 years ago. The glass grows wavy and purple with age.

Explore Boston’s South End as dinner approaches. This is a district tailor-made to allow you to eat your face off. Don’t miss The Butcher Shop for wine and antipasti, located on the South End’s main drag, Tremont Street. Cross the street for live music at The Beehive, find Coppa down a side street and have the best pizza in Boston, made by Jamie Bissonnette, Food & Wine’s Best New Chef of 2011. For lovely French food and ambiance, try Aquitaine, also located on Tremont (and it’s “Treh-mont,” not “Treemont”).

Spend your last day exploring Cambridge, the Brooklyn of Massachusetts, full of parks, squares surrounded by breweries, bookstores and cafes, and a culture of people proud to not live in the big city next door. Eat at Hungry Mother (for updated southern cuisine), Craigie on Main (for James Beard-winning fine dining), Bondir (for seasonal farmhouse fare by a fireplace) or East by Northeast (for New England inspired Asian food). Spend some time in the Harvard Book Store and walk the historic Harvard Yard, the gorgeous green spaces that link Harvard’s many ivy-strewn brick buildings. See an old movie at the Brattle Theatre, or attend a free lecture at Harvard. Boston.com has listings for free, open-to-the-public lectures at Harvard and by Harvard professors, ranging from stem cell research to constitutional law,  here.

Staccato, by Cesar Paternosto, in the Americas wing of the Museum of Fine Arts.

Or, if you’d rather stay in Boston proper and leave all Brooklyn vestiges behind for a few more hours, head to the Museum of Fine Arts Boston, worth a visit always, but especially since the opening of the Art of the Americas wing last year. Also worth a trip is the slightly hard-to-get-to Isabella Stewart Gardner Museum, which has an impressive, international collection of ancient to 19th century art housed in a 15th-century Venetian style palace surrounded by spectacular gardens. Shopping in the South End is best in the summer time; visit the SOWA Open Market, where each Sunday, vintage goods are flea-marketed along with local arts and crafts and food vendors.

Boston can seem intimidating (or maybe just too small), but it’s a lovely, walkable city, full of green spaces, old world charm, art and food to contend with the best of Brooklyn. You’ll be back in Beantown again before you know it.