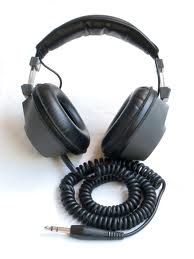 If you’re like me and constantly horrified at the thought of being alone with your own mind, having your iPod loaded with podcasts is an excellent way to feel like you’re always in the company of intelligent people.

In its early years the podcast was a scrappy little fledgling of a medium, it was accessible, varied and plentiful, but nobody really took it seriously. Over the past two or three years though, comedians have taken the podcast world by storm. Smart and quixotic comics put their jabber sessions up on iTunes for free, waiting for the Audibles and Carbonite’s of the world to take notice. Comic pioneers like Jordan Morris and Jesse Thorn who’ve been trudging along since the early days, and Marc Maron, who broke the podcast scene wide open for comics, have turned the medium into a serious proving ground for funny people. Meanwhile Chris Hardwick with his Nerdist Network managed to re-animate a seemingly flat lined career to become the perfect host for just about anything that requires one. Podcasts are now legit.

While comics are clearly the big winners of the podcasting game, writers seem to be coming in at a close second. If you’re like me, you often wake up with nothing but time on your hands and a few half-finished projects. Not ready to start work, you pick up the remote control, but then stop yourself knowing that watching TV will kick your brain completely out gear to get anything done. You try to read a book but words dance across your eyeballs tiny pixie fairies on PCP. Sleep begins to call. You turn on an audio book, but it to doesn’t have the power to command your monumentally short, pulverized by the digital age attention span. Days like this are the reason podcasts are a godsend for writers.

Have you got an article to write about the new season of some television show but all you can think to write is, “It’s pretty meh this season”? Have your reviews sunk below the quality of your average Yelp or Amazon review? Turn on a culture podcast where a bunch of writers more accomplished than yourself discuss television and movies. Have you got edits to do to your novel? Try a podcasts where reader-submitted fiction is read aloud and see if you find yourself feeling much better about your own work. Need inspiration? Check out an interview with one of your favorite authors.

The life of a writer is one of utter isolation, loneliness and despair. One of my college professors said that, he then proceeded to write it on the board, underline it, and then silently stare out at us from the front of the room for the remaining 45 minutes. I think he moved to Los Angeles. Perhaps if he’d had this list, he could have stuck it out in New York, because whatever writerly problem you’re facing there’s a good chance that one of these podcasts has your solution. Then check out part two for more.

Other People With Brad Listi, @BradListi
In one of the early episodes of Other People, Nervous Breakdown co-founder Brad Listi articulates a kind of mission statement for his podcast, something to the tune if him wanting to chat with other writers in order to figure out why on earth they’d want to get into this harrowing and often soul-crushing line of work (see advice from my college professor, above). In practice, Other People is a fantastic interview show and probably the best-curated book-centric talk show out there. Listi interviews some non-fiction writers like Inside Scientology author Janet Reitman, but focuses mainly on the most interesting fiction writers in today’s literary climate often the more, edgy, dark and esoteric of the bunch such as Dennis Cooper, Blake Butler, Vanessa Vesekla and Joshua Mohr. In short, Listi has really good taste and an earnest interviewing style that feels more accessible than an interview from say The New Yorker Fiction Podcast.

The New Yorker Fiction Podcast
There’s no way around it, if you’re an aspiring author, you really ought to listen to this podcast. Sure, the author selection tends to be a bit status quo, and sometimes the short stories seem to be a bit more pomp than substance, but conversation can be very compelling, particularly when they have on some of the more interesting, more recently arrived novelists such as Sam Lipsyte or Jousha Ferris. Also, the format here can’t be beat. Writers pick some of their favorite short stories published in the New Yorker and discuss them with New Yorker Fiction Editor/Host Deborah Treisman. When the conversation at the end gets boring, or I lose my ability to comprehend what’s going on, I just press the record button in my brain and say to myself, this is the way you are supposed to interact with people literary events and once and awhile a stray word or affect sinks in.

How Did This Get Made? @paulscheer @msjunediane
The medium is totally owned by comics, but this comic podcast features Jason Mantzoukas, perhaps the funniest up and coming comic actor out there, as well as the very funny, very wedded couple, Paul Scheer and June Dianne Raphael. The weekly podcast consists of lively discussions of celluloid disasters both old and new. Most of the time, the show focuses on the most utterly awful films in recent memory, but from time to time the subject of the podcast switches to a film that is so brazenly successful, that the question becomes, “How did a film so good/weird get made?”

For aspiring dramatic writers, HDTGM functions as a what not to do guide. Often discussed are the most common, most offensive mistakes storytellers make. For a discussion of a film chock full of such mistakes, check out the episode on All About Steve, the story of Sociopathic Cruciverbalist who falls into a mine shaft.

The Slate Culture Gabfest, @slatecultfest
Slate critics Stephen Metcalf and Dana Stevens and deputy editor Julia Turner meet weekly to discuss the culture stories of late, from new and controversial television shows like Game of Thrones and Homeland to the scuttlebutt surrounding Lana Del Rey. Whatever the topic, if you’re a culture writer, chances are they’re discussing something you are either writing about or thinking about. These three have a chemistry that’s pretty un-matched in the podcasting world and they are some of the most cogent, articulate critics I’ve heard, capable of making just as much sense with their mouths, as they do with their writing tools. Best of all, at the end of each episode the three hosts endorse whatever cultural artifact they happen to be enjoying the most that week. If nothing else, you’ll get a good recommendation out of it.

Wordplay, @kmweiland
I came upon this podcast upon being asked to outline my novel and realizing that, having not written an outline since middle school, I no longer had any idea how to do this. I then discovered KM Weiland’s book Outlining Your Novel on Amazon. I never actually bought the book but I did find Weiland’s Wordplay podcast, and proceeded to listen to it religiously until I’d heard every episode to date. From a practical standpoint, Weiland’s podcast is the best out there for aspiring authors as it features common problems and questions that writers come across regardless of style or genre. Past episodes include, “Tricks to Picking the Perfect Word,” “Traits You Hero and Villain Should Share” and “Tricks to Avoiding Writers Solitude.” This podcast can literally save you from having to move to LA.

Leave a Reply to K.M. Weiland