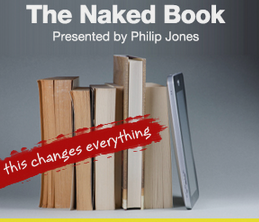 One of the many shows from literary podcast Death Star, Litopia

Here’s what I’ve found: You can’t read while you are walking, and a good way to feel like you’re doing all that you can do to become the best writer you can be is to have nothing but writing-related information going in and out of your ears, eyes and mouth at all times.

Enter podcasts, a world of free radio which, like the Internet, can be incredibly tedious if not properly sifted through. I’ve done the work for you and come up with 10 pieces of podcast bullion. You can thank me by following me on twitter and by visiting jonreiss.tumblr.com. Here are 5 more podcasts for writers. Combined with Part One you should have the perfect podcast subscription feed.

Litopia, @litopia
Litopia is more than just a literary podcast, it’s literary podcast empire, a veritable podcast Death Star with 24 hours of book and writing talk, and numerous shows on different subjects. Ltiopia After Dark is the original Litopia talk show and basically a hybrid of the Podcasts mentioned thus far.

Take Slate Culture Gabfest, and WordPlay and roll it all together with a lively roundtable of hosts and special guests and you’re pretty close. Litopia jumps from interviews with novelists of all stripes to discussing topical news stories and issues facing today’s working writer, to more straightforward advice for writers. The Debriefer is a show focused on the legal issues for writers, Open House is a Cruciverbalist’s Dreamcast (best game system ever) featuring an extravaganza of word games that listeners can play along with at home, and Between the Lines is an interview show featuring chats with folks like Scott Sigler and Seth Godin. Simply put, it’s a must for the aspiring and the accomplished.

(Note: If you enjoy listening to people play game, Doug Loves Movies, hosted by Doug Benson, is a hoot of a podcast filled with movie trivia games that are all but impossible. This would be my pick for the best podcast that doesn’t belong on this list.)

The Bat Segundo Show, @batsegundo
I have mad love for the Bat Segundo show. With over 450 episodes, the Brooklyn-based Bat Segundo Show has become an absolute stalwart in the world of writing-related podcasts. Everyone from Joyce Carol Oates to William Gibson to Miranda July has graced the diner booths and coffee shop chairs that provide the backdrop for Bat’s interviews. Segundo also interviews some of my personal faves like Dennis Cooper and Justin Taylor with an approachable yet eloquent style that produces some of the most rich and often inspiring interviews with writers you’re likely to hear. At this point, The Bat Segundo show is really the stalwart DIY book interview show in NYC. If you’re an aspiring author and don’t listen to the Bat Segundo show, I’ll entreat you to open to his feed and look through the list of past shows. If you don’t find at least one of your favorite authors in the archives, you probably ought to be reading more.

The Writing Show with Paula B.
Paula B’s show features episodes on the problems upon which most writers stumble while writing a novel. For a perfect example check out the recent episode entitled, “Common Mistakes Writers Make.” However, it’s the monthly “Slushpile Workshop” episodes that make for seriously a valuable tool for aspiring writers. I’m a firm believer in workshops for fiction writers but I also know they can be hard to find and form. Paula B reads listener-submitted work aloud on her podcast and critiques it the way a workshop leader would/should.

I’ve often wished I could read the work of my favorite authors from back when they were still awful, for inspiration. Hearing the work of other amateurs being read aloud can be a great inspirational tool, and Paula B manages to always be kind yet constructive in her crits.

Rumpus Radio, @RumpusRadio
Stephen Elliot’s Website The Rumpus (check out my interview with Madeline Adams for the Rumpus) has become one of the best-curated culture sites out there with a steady stream of content written by authors whose style tends to be wholly accessible if not for the occasional bit of snark. The Rumpus Radio Podcast is like the Nerdist Podcast smoothied up with The New Yorker Fiction and Out Loud Podcasts. Recent Episodes have featured my personal favorite punk rock comic Kyle Kinane as well as Marc Maron, Michael Showalter and author Nick Almond. Pick any episode and listen, you really can’t miss.