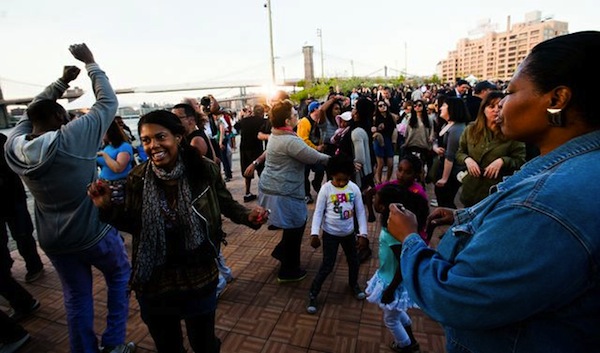 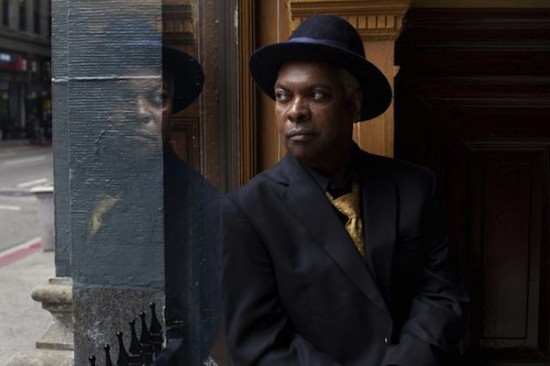 Booker T. Jones—yes, the Rock and Roll Hall of Famer and frontman of Booker T. and the MGs–is kicking off the Celebrate Brooklyn! Bridge Dance Party series this Thursday night, May 10. His career spans five decades and dozens of legends–he began playing with Otis Redding and Bill Withers in the ’60s as the house band for Stax Records and just last year he released “The Road from Memphis,” an album with an all-star lineup of cameos that includes Lou Reed, Sharon Jones, Jim James, and Questlove.

And this Thursday, together with a DJ set by Rich Medina, he’ll be performing FREE at Pier 1 in Brooklyn Bridge Park from 7 to 10 pm in the first of three free dance parties produced by BRIC Arts | Media | Bklyn. Each one brings together excellent bands and DJs to a massive lawn on the Brooklyn waterfront with free dance lessons, valet bike parking, food trucks and a beer garden. They’re the perfect prelude to summer and Celebrate Brooklyn’s free outdoor concerts in Prospect Park.

It will be hard to top the legendary name appeal of Booker T., but the remaining two dance parties will be just as sweet. On May 17, we’ll get a taste of Carnival with a Brazilian-themed dance party featuring Brooklyn’s own Nation Beat, the thunderous drumming of Maracatu New York and DJ Greg Caz–who used to co-host Brazilian Beat Sundays at the old Black Betty’s–spinning his signature Brazilian beats. You can even learn a few hip-shakin’ moves beforehand with a dance lesson from Cumbe: Center for African and Diaspora Dance.

The last dance party on May 24 brings on the crazy Mardi Gras fun with Grammy Award-winning Terrance Simien  & The Zydeco Experience. Jesse Lége and Bayou Brew will warm up the crowd with their traditional Cajun dance hall music, and dance lessons from The Jalopy Theatre and School of Music will get you in Big Easy, booty-shaking shape.

All parties start at 7pm and end by 10pm at DUMBO’S Brooklyn Bridge Park Pier 1, accessible at the foot of Old Fulton Street at the waterfront. Come early and make your own picnic dinner from a host of food trucks that will be on hand for each party, RAIN OR SHINE!  For directions and more details, click here.