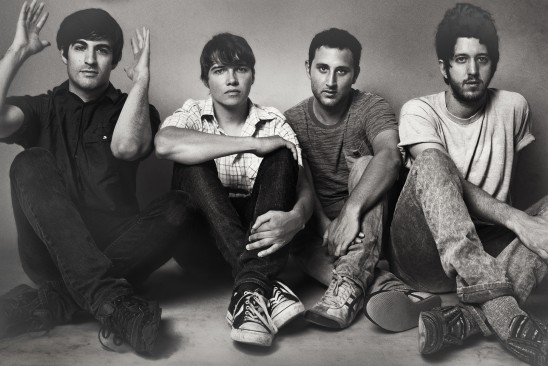 The Brooklyn Museum’s Audiophile series, which centers on up-and-coming musical acts from around the borough, is concluding its three-month run of performances this Thursday with the bands Small Black and Lemonade–it’s sure to be an evening of atmospheric and dynamic electronic music. It’s the final show of the live music program, which kicked off in April with Oneohtrix Point Never and Body Language, and then with Caveman and NewVillager in May.

This year’s Audiophile program was curated by Shirley Braha, the driving force of MTV Hive’s Weird Vibes, an indie music video show; before that, she was responsible for the music program New York Noise that aired on NYCTV. Originally from Brooklyn, Shirley told me how she became a part of the Brooklyn Museum’s music series and offered a preview of the bands who are playing Thursday’s show.

How did you get involved with the Audiophile series? Did you know about it previously?
The Brooklyn Museum invited me to help out with the series this year by selecting bands for the shows. I think they were familiar with the music video shows I’ve made and thought I’d be a good fit for the series. I had heard about the shows last year, but it’s only the second year they are doing it, so it’s nice to be involved in something that is still new and developing. 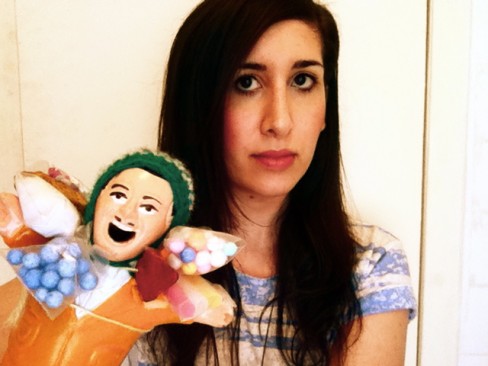 How did you come to select the artists to be part of this year’s installment? What was it about these artists that you felt fit with the vibe of the program?
The criteria was pretty simple–it’s mainly bands that are based in Brooklyn who are making new music that I like and find interesting for one reason or another. Then I suggested them to the museum because I thought other people would enjoy seeing too. Also, we aren’t trying to draw thousands of people to these shows -we want them to be intimate and casual experiences, where the audience can feel comfortable and even sit on the floor if they feel like it. I think most of these bands are at a level where they’d attract a good crowd, but not so huge that you’d lose that close connection between the band and the audience.

Riff about the two acts that are going to be performing Thursday–Lemonade and Small Black–for those who may not know about them.
I’m really excited for that show. I’ve known both bands for a while–both as a fan and as a friend, so it’s a nice bonus to work on projects with awesome bands that I care about on a personal level too. Small Black have some incredibly catchy songs that I have listened to a million times and I was also really impressed with the Moon Killer mixtape they put out a few months back. Lemonade have a new album  [that came out on] May 29. I heard the single “Neptune” before we booked them for the show, and I think that was all I needed to hear to know I wanted them to play at the Brooklyn Museum.

With this last installment, what are your thoughts about the experience curating the series for this year? And will you be back to do next year’s?
I wasn’t too sure what to expect going into it, but I love the vibe. The museum atrium, where the performances are held, is a stunning but welcoming environment that doesn’t carry any sort of pretentiousness that you might anticipate at a museum show. The space is almost entirely surrounded by transparent glass so you can see straight up to the street and the sky, which probably isn’t the ideal material in terms of sound-optimization, but it is definitely a special setting for a show.

It’s also donation-based and all-ages. I remember how frustrating it was being under 21, and to me, it’s just not OK to deprive teens/young adults from cultural experiences that they would appreciate so much at that age. And just as importantly, while donations are appreciated, we welcome everyone to come and no one will ever be turned away based on their ability to pay. I’m very thankful to be involved with a concert series that is presented by a public-minded museum in an interesting space with cool bands and an  all-ages and donation-based policy. Also, there is a snack and drink stand! Cool bands and salad? Sign me up. Oh wait, you don’t have to sign up– just show up.

Out of curiosity, are you from Brooklyn?
Born and raised! I grew up in Gravesend, but most people I talk to have never even heard of the neighborhood, so I just say “close to Coney Island” even though we went to Coney Island once a year at best. My childhood was mostly spent in Brooklyn institutions such as Yeshivah of Flatbush, Mill Basin Kosher Deli, L&B Spumoni Gardens Un-Kosher Pizza, Lester’s, Kings Plaza, etc. Now I live in the city, but I visit my parents in Brooklyn, and I also visit “the other Brooklyn” (i.e. Williamsburg, Greenpoint or Bushwick) at least once a week.

Small Black and Lemonade are playing at the Brooklyn Museum’s Martha A. and Robert S. Rubin Pavillion, as part of the Audiophile series on Thursday June 21, 7 pm. Free with museum admission ($12 suggested). For information, visit www.brooklynmuseum.org