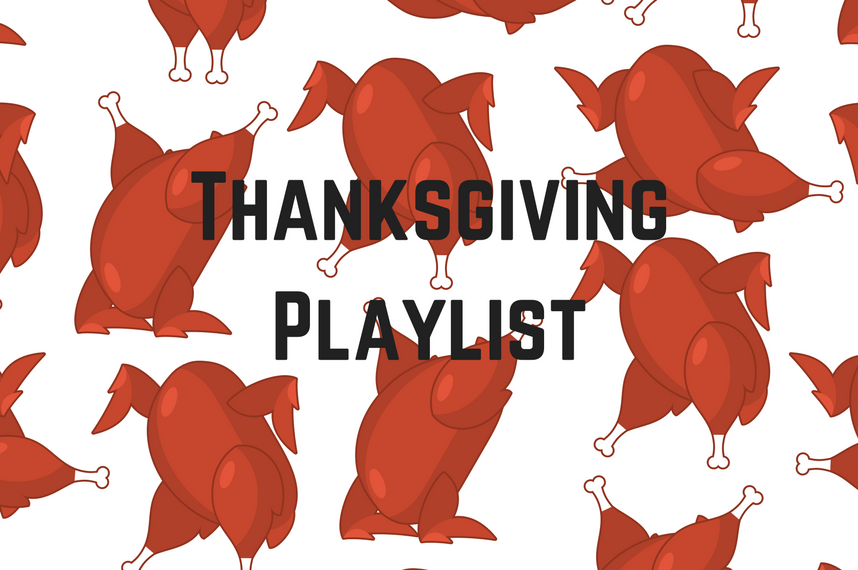 There are plenty of Christmas songs out there but what about music for celebrating Thanksgiving? With few exceptions such as Mary Chapin Carpenter’s  “Thanksgiving Song” and Adam Sandler’s “The Thanksgiving Song” (by the way those two recorded works are definitely not related) it’s pretty slim pickings. Is it because the Mayflower, pilgrims, turkeys and cranberries aren’t exactly inspiring subjects for songwriting? With the advent of Thanksgiving greeting cards and postage stamps, maybe it’s about time for more songs to be written about Thanksgiving; maybe we’ll start to see some Thanksgiving albums from pop stars.

If you do a web search for Thanksgiving lists, you’ll fins a lot of songs that may not directly mention the holiday in their lyrics, but still convey the important meaning of being grateful. About.com has such a list with Natalie Merchant’s “Kind and Generous” and Dido’s “Thank You” among the songs included; and Yahoo! has an even longer list of “Thanksgiving” songs with ZZ Top’s “I Thank You,” Louis Armstrong’s “What a Wonderful World,” and ABBA’s “Thank You For the Music” as examples.

Rather than rehashing those lists, I decided to pick tunes that mostly go against the grain but evoke a mood that could lend itself to the spirit of Thanksgiving, whether they are moments of joy, angst or reflection. Call it my audio equivalent of a mystery side dish to go with your turkey, turducken or tofurkey. Enjoy!

Arlo Guthrie, “Alice’s Restaurant”
Of all the songs in this list, the inclusion of Arlo (son of Woody) Guthrie’s 1967 popular “Alice’s Restaurant” is the most predictable since it is, in a way, a Thanksgiving staple (it is on the Yahoo! list). Certainly to say this track is quirky is somewhat of an understatement as it is 18 minutes long and essentially the musical equivalent of stand-up bit. If you are not familiar with part of the song’s story–which you can read more in-depth here–“Alice’s Restaurant” is based on an actual incident when Arlo and his friend were arrested after throwing their friends’ garbage over a cliff because the town dump was closed on Thanksgiving. “Alice’s Restaurant,” which also inspired a 1969 movie that also starred Arlo, is funny and has a folksy charm that kind of makes it a shoe-in to be on this free- for- all playlist.

Ray Charles, “The Night Time is the Right Time”
Remember that episode of The Cosby Show where the Huxtables  danced and lip-synched to this great song by Ray Charles for Cliff’s mom and dad? (The scene of little Rudy belting out the shouting parts of the song is classic.) That was a quintessential TV moment of togetherness and fun, which this soulful song exudes.

Roxy Music, “Do the Strand”
There is clearly no connection to Thanksgiving whatsoever on this otherwise classic glam rocker off of Roxy Music’s 1973 For Your Pleasure record other than the line “mashed potato schmaltz.” Still, this retro glam rocker is a perfect raucous party song to cap off an evening of intense gastro-gluttony. And dancing to this song could even help you shed off a couple of those calories.

Jeff Buckley, “Hallelujah”
As described in Alan Light’s upcoming book, The Holy or the Broken, Leonard Cohen’s “Hallelujah” has been covered by numerous artists such as Bon Jovi, Michael McDonald, Michael Bolton, Norah Jones, Regina Spektor, Rufus Wainwright; and has been featured in Shrek and TV dramas and sung by Jewish and Christian congregations. “Hallelujah” has been interpreted as either a song of longing or regret. For the purposes of this Thanksgiving music list, I’m going to go with a spiritual and transcendent mood via Jeff Buckley’s version.

R.E.M., “At My Most Beautiful”
The former Athens, Georgia rock legends had been known to write songs that are kind of both self-conscious and cryptic. This particular track from the band‘s 1998 album Up–their first one without founding drummer Bill Berry– is one of those rare exceptions as it’s a very straightforward and heartfelt ballad.

Chic, “Soup for One”
Hopefully you’re spending this coming Thanksgiving in the company of family and good friends. However, there are also many of those who will be dining alone or perhaps just not in the mood to feel celebratory–sort of like what Valentine’s Day is for singles but with the added calories. This underrated song from Chic–featuring the always-hot rhythm tandem of Nile Rodgers, Bernie Edwards and Tony Thompson–has the perfect combination of funk and melancholy in addition to having a mention of food in the song’s title.

The Smiths, “Meat Is Murder”
And what is Thanksgiving for our vegan/animal rights activist friends without the memorable “Meat Is Murder” from the Smiths off of their 1985 album of the same name? Of course, everyone knows that singer Morrissey is a staunch vegan—one time while performing at Coachella, he said he smelled of burning flesh, and left the stage annoyed by the aroma of barbecue.  A word of caution:  This song may not go down well with family members or friends at the dinner table who are clueless about the Smiths or Morrissey.

Steely Dan, “Black Friday”
I know this is not a Thanksgiving or a “thank you” song per se—but then again, it’s the day after Thanksgiving, which is like an American holiday in itself. The mood from this funky jazzy rocker is quite fitting for the actual Black Friday, the day when crowds of people flood the stores–sometimes in the early mornings–to get their Christmas shopping done and then come away feeling tired and overwhelmed from the experience. My solution to all that: Cyber Monday.