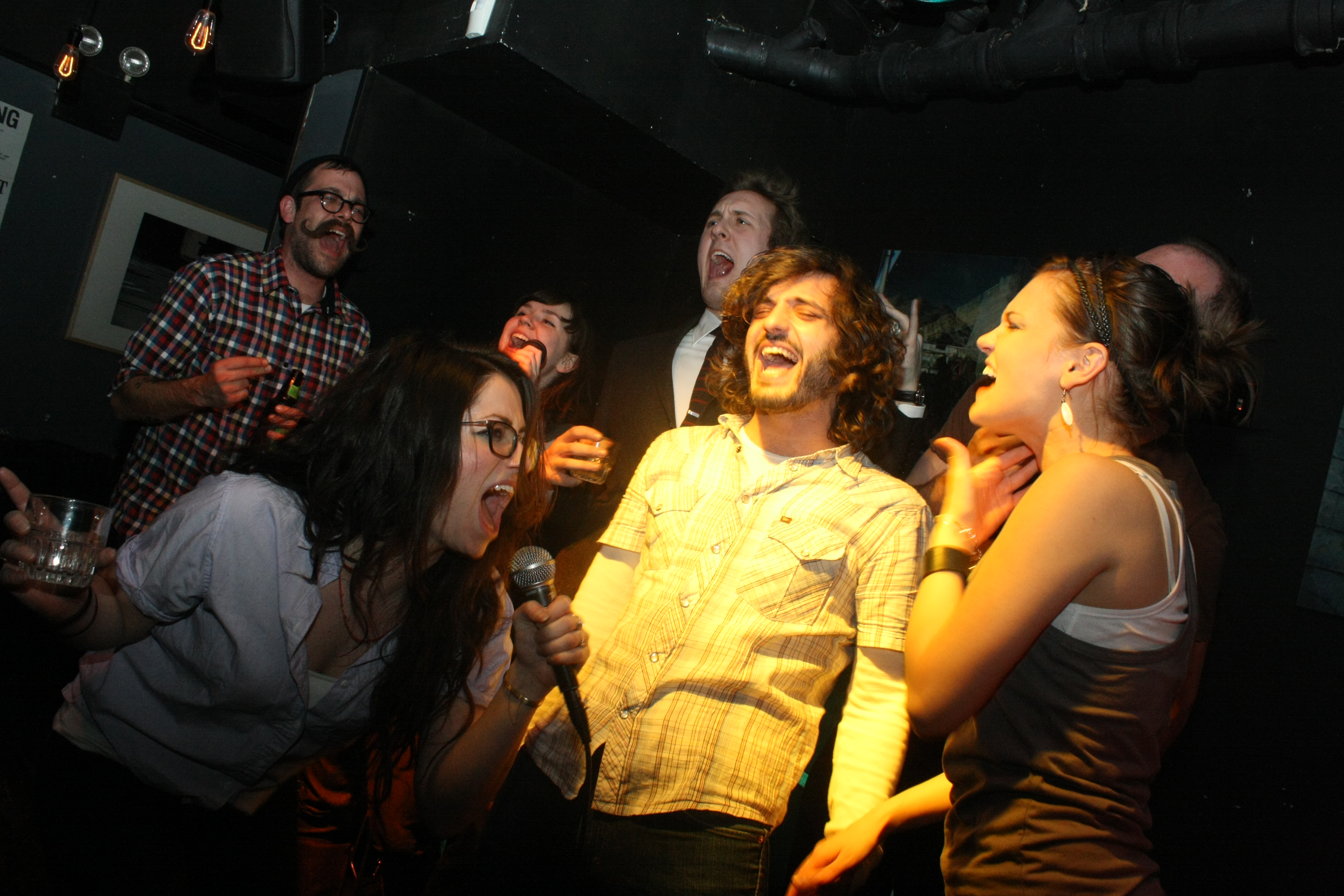 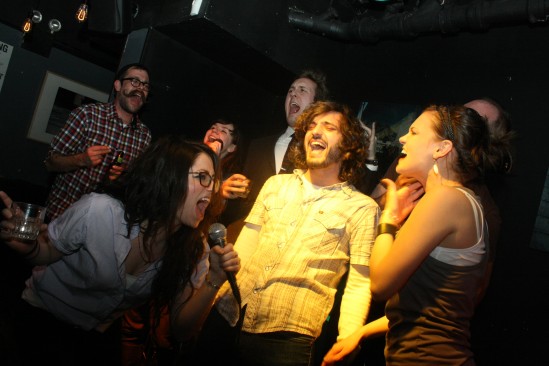 The Kings of Karaoke at Bar4, Wednesdays with Jack Attack–just one of 15 weekly parties!

Some kings earn their crown by birthright; The Kings of Karaoke rule because of years of hard partying. Established by Jason Gersch with a childhood friend 12 years ago, he now facilitates karaoke parties in bars across Brooklyn and Manhattan every day of the week.

For years Gersch used to DJ the parties himself, but now he handles the business behind the scenes while his rockstar staff, most of whom were hired off The Kings of Karaoke stage, keeps the community close knit. They even rock out at other TKOK parties on their rare nights off–the love of their craft runs that deep.

It’s no surprise, then, that they rarely miss a night. “Some of our best, best parties were during blizzards,” said Gersch, something to consider as we enter that deep, cold coma of winter. You never have to go stir crazy–there are 15 standing The Kings of Karaoke parties throughout the week to go to. Once you do, you’ll start to recognize the singers who show up regularly and the amazing community they’ve built.

Aside from this loyal group of fans, the other secret to The Kings of Karaoke’s dominance is a deep, deep selection of songs–30,000 and counting!–that no one else can claim. “Our songbook,” explained Gersch, “is an amalgamation of a decade’s worth of audience song requests added to a cache of classics everyone loves.” It’s so prized, people have stolen it from TKOK parties. It’s hard to not find the song you want, when they have everything from Helloween to Human League, Slayer to Ke$ha to Sinatra (Nancy or Frank), LMFAO to Descendents to the Wu Tang Clan, Sunny Day Real Estate to Megadeth to Madonna. And if by chance your favorite song is not in their book, once you request it you’ll be able to sing it when the party rolls around the next week.

After years of kicking ass, 2012 has been the year that TKOK got some official recognition. They won L Magazine’s Best Karaoke Party in Brooklyn and made New York Mag’s Best of 2012 issue. “It’s been a pretty great year for us,” said Gersch, “and it’s the collective, all of us and all those that come share the stage with us, that got it done.”

Below is a list of all their shows, so you never have to go a night without singing your heart out. Be sure to follow them at @karaokekingsnyc and check out their site, thekingsofkaraoke.com, for new shows and updates.

The Kings of Karaoke Weekly Schedule
All Shows are free to get in and free to sing!