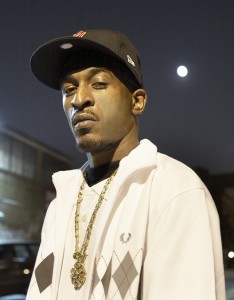 If Patty Griffin isn’t your speed, Rakim is playing for free in Red Hook on Wednesday night.

Singer-songwriter Patty Griffin has recorded poignant, lovelorn songs since her debut album, Living with Ghosts, came out in 1996. Her voice is still honey-sweet and earnest on her latest effort, American Kid, but with an airy maturity that matches the somber images in her lyrics. Griffin will kick off the 35th annual Celebrate Brooklyn! summer concert series this Wednesday with a free show at the Prospect Park Bandshell.

Brooklyn indie-rock royalty The National play to a home crowd at the Barclays Center on Wednesday in support of their new album, “Trouble Will Find Me.” It’s one of the pricier shows this week, with tickets starting at $37, but is a steal compared to the $200 seats for Paul McCartney, who plays the venue on Saturday.

Hip-hop fans shouldn’t miss the legendary MC Rakim’s free show at Red Hook Park on Wednesday. Rakim will play shows throughout the northeast this summer, with tickets going for up to $75, so this is a great chance to catch him for free.

If a trip to Randall’s Island for Governor’s Ball isn’t on the agenda this summer, you can still catch some of the festivities. Canadian rock duo Japandroids and Californian indie-pop duo Crocodiles  play an afterparty show at Music Hall of Williamsburg on Friday. The show is sold out but tickets are still available on Stub Hub.

Adults and children alike will enjoy a family-friendly show by Wynton Marsalis and the Jazz at Lincoln Center Orchestra at the Prospect Park Bandshell on Saturday. Marsalis will read stories by acclaimed Brooklyn children’s author Ezra Jack Keats during intermission.