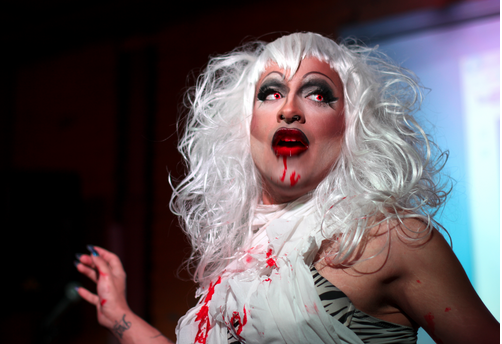 Now that summer is in full swing, and full humidity, and Fourth of July barbecues are around the corner, what fun tidbit will you contribute to the conversation before the fireworks kick off? We’ve scoured the web for June’s 10 best long-form stories from Brooklyn Based, Narratively and beyond. Bring a box of bang snaps, and these stories, to any gathering and you’ll be the life of the party.

Meet Matthew Mendoza, known to a growing Brooklyn fan base as Horrorchata, the orange-eyed drag performer profiled by Anna Maria Hernandez and Christopher Maag for Narratively.

2. Don’t Skimp on the Glitter
And don’t miss the accompanying video featuring Sergio Conrad (AKA Digna Shei), undergoing a nightly transformation from ordinary to drag royalty.

3. No Borough’s Perfect
Meanwhile, here at Brooklyn Based we explored the true-life experiences behind recent statistics that cite Brooklyn as having the highest rate of reported domestic violence of all five boroughs. Let’s hope it lessens by this time next year. 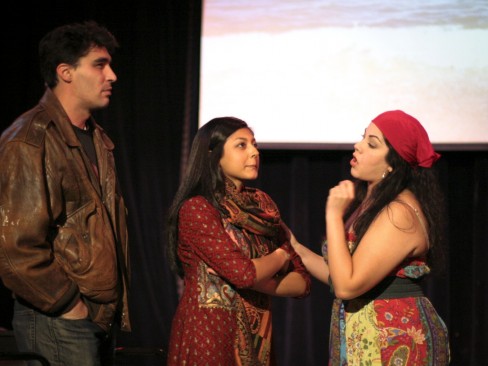 Speaking of New Yorkers who break with convention, why not read up on the Conservative theater movement happening in our own backyard? Oh, you didn’t know there was one? Brooklyn-based actor and producer David Marcus wants to change that—on stage and off.

5. The Film Vanishes
If silent film suits your fancy, then you’ll surely flip for “The Hitchcock 9.” This   program, organized by the British Film Institute, finally arrived in Brooklyn on Saturday, June 22 at the recently installed Steinberg Screen of the Brooklyn Academy of Music’s Harvey Theater. Old-school film buffs, be sure to check out the New York Times’s recent feature of Hitchcock’s earliest works and why they’ll look even better thanks to modern technological magic.

6.     What you missed at The Mermaid Parade

If you didn’t make it down to Coney Island for the kooky gathering of mermen and women last weekend, catch up on the highlights of this annual tradition thanks to attendee with a camera, Kadshah Nagibe.

7. Advances and Setbacks
While Citi’s new bike share initiative has encouraged many pedestrians to return to wheels, the system still faces a few bumps in the road to flawlessness. The New York Times explains why via a visual ride from Brooklyn to mid-Manhattan.

8. Leaders Worth Following
The L Magazine’s Northside Festival might be known for its free concerts and music across Brooklyn parks, but their DIY Film Competition also draws a bevy of young filmmakers to showcase independent works worth watching. One of this year’s winners, Jonathan Goodman Levitt, made a movie about three American boys with White House aspirations called Follow the Leader. Check out a special 7pm screening on Friday, July 5 at Videology (308 Bedford Avenue, Williamsburg, Brooklyn) if you missed it the first go ‘round.

9. Protecting the Secret Garden
Over at the Brooklyn Botanic Garden, things are looking up for pixie-moss, one of 28 rare or endangered species featured in BBG’s new Native Flora Garden Expansion, which opened June 12. 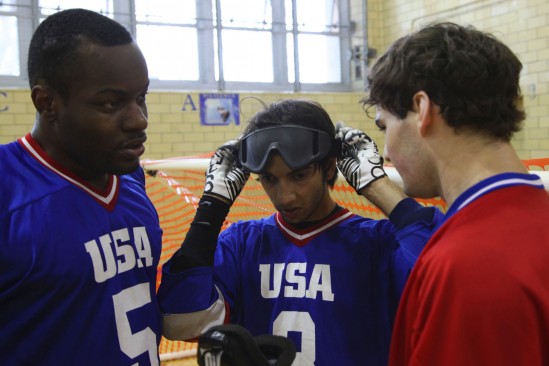 Last but not least, Narratively got to know a group of goalball players who put to rest any rumors that it’s not as rough-and-tumble as other competitive sports, just because of its status as a Paralympic sport for the visually impaired. In fact, it’s probably tougher to join their team than any of the many pickup basketball games happening across Brooklyn courts this summer.