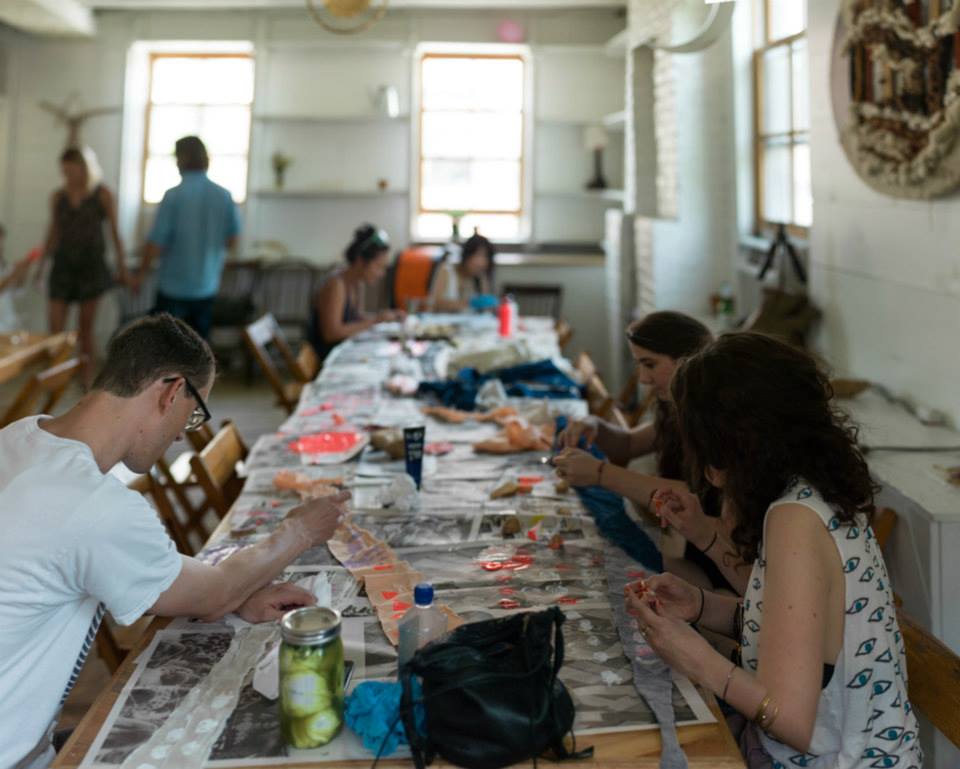 The laid back vibe at Isa restaurant in Williamsburg extends to its eclectic offering of adult recreation classes on Wednesday nights. Photo: Johnny Misheff

It feels weird at first to walk into a restaurant like Isa on Wythe Avenue in Williamsburg for reasons other than eating and drinking, but it’s worth bypassing the Mediterranean cooking and heading upstairs  instead to it’s second floor event space to attend one of the creative classes for adults its been hosting since last summer–just make a mental note to come back for some wood-fired chicken afterward.

The sun-soaked space, with its wooden floors, white-washed walls and stained-glass windows has seen its fair share of eclectic programming over the past months–everything from fitness and comedy classes to variety shows to collage workshops with artist Caris Reid.

“I’m a painter but wanted to do something that’s not painting,” says Reid, who originally offered collage classes for kids at Isa on Saturdays as part of its brunchCRAFT program. “I’ve collected materials for years, and at some point just started cutting them up.” 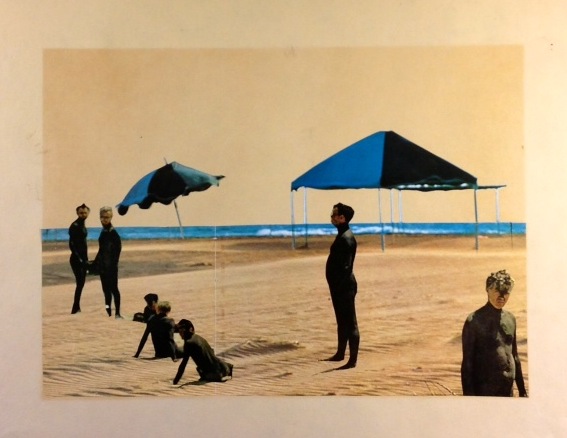 Life’s a beach in Kirk Bray’s collage; the designer for the men’s accessories line Billykirk is a regular at Reid’s class. Photo: Caris Reid

Armed with a pair of scissors, a glue stick and a glass of champagne at her class last month, myself and a dozen or so other twenty-and-thirtysomethings sifted through stacks of pages from vintage magazines that Reid had arranged around the room for inspiration. Like the vibe of Isa itself, the class was laid back and freewheeling–Isa’s owner Taavo Somer even stopped by at one point for some collaging–with everyone allowed to work at their own pace over a two hour period from 8-10pm. I settled on an Amazonian princess and an oversized Iguana, which I pitted against one another atop a background of cut up oil paintings–other, more veteran attendees of Reid’s classes, like Billykirk designer Kirk Bray, took their arts and crafting to an entirely other level. Reid’s class cost $30, which included materials, though most programming, including an upcoming group meditation with Caroline Contillo on July 31, is free.

“At first, I would literally just go on Facebook and see what kind of events my friends were programming,” says Johnny Misheff, the curatorial director for Friends & Family, a creative agency that oversees events at the restaurant, as well as for Somer’s other spots–Freemans and Peels in Manhattan. “From there we started meeting people who were interested in hosting events, and we just have to keep an open mind about the programming–we want to keep it as diverse and challenging and entertaining as possible.”

Reid is hosting another adult collage class at Isa on July 10, starting at 8pm. It’s most likely her last one of the summer, so make sure to snag a ticket here.