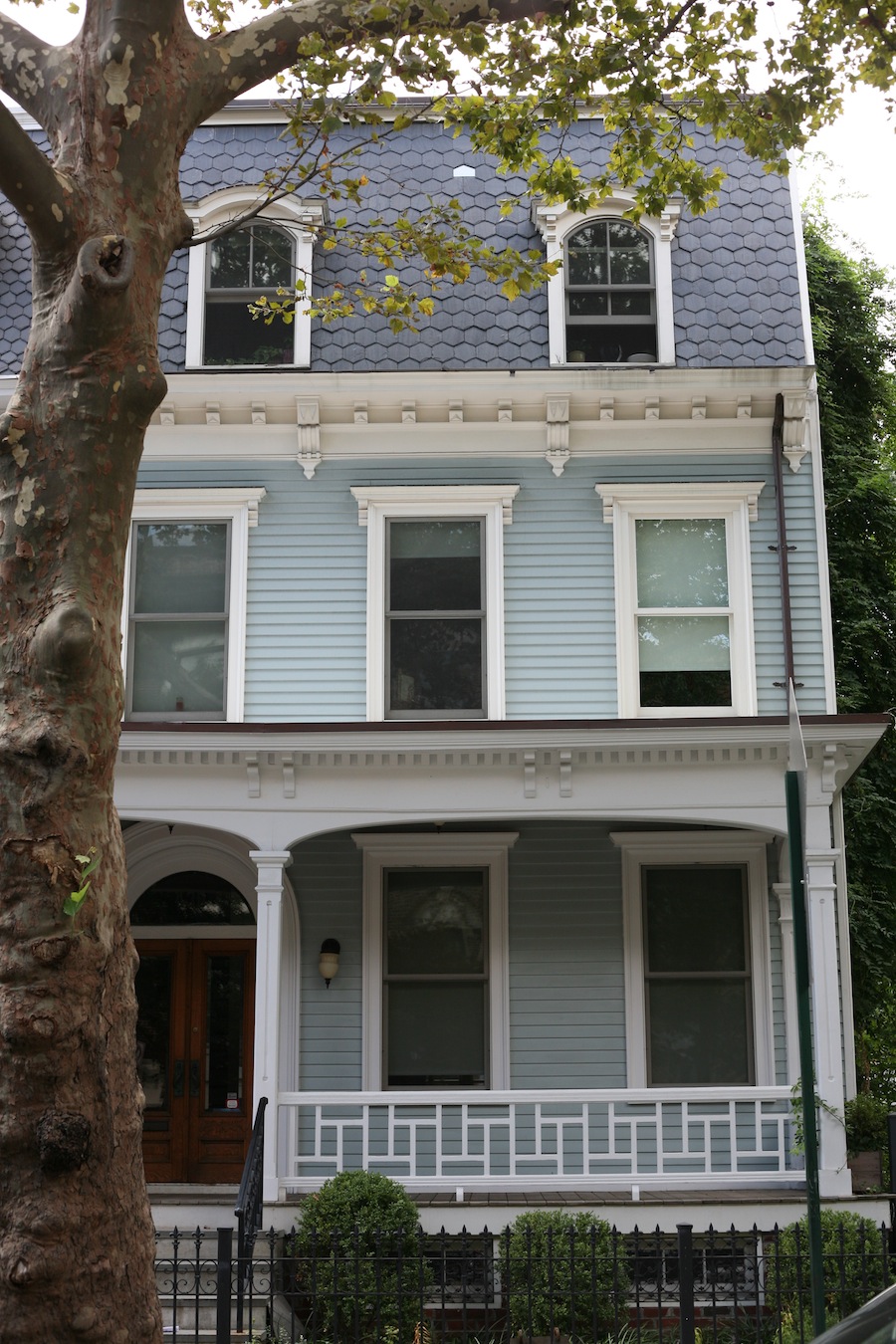 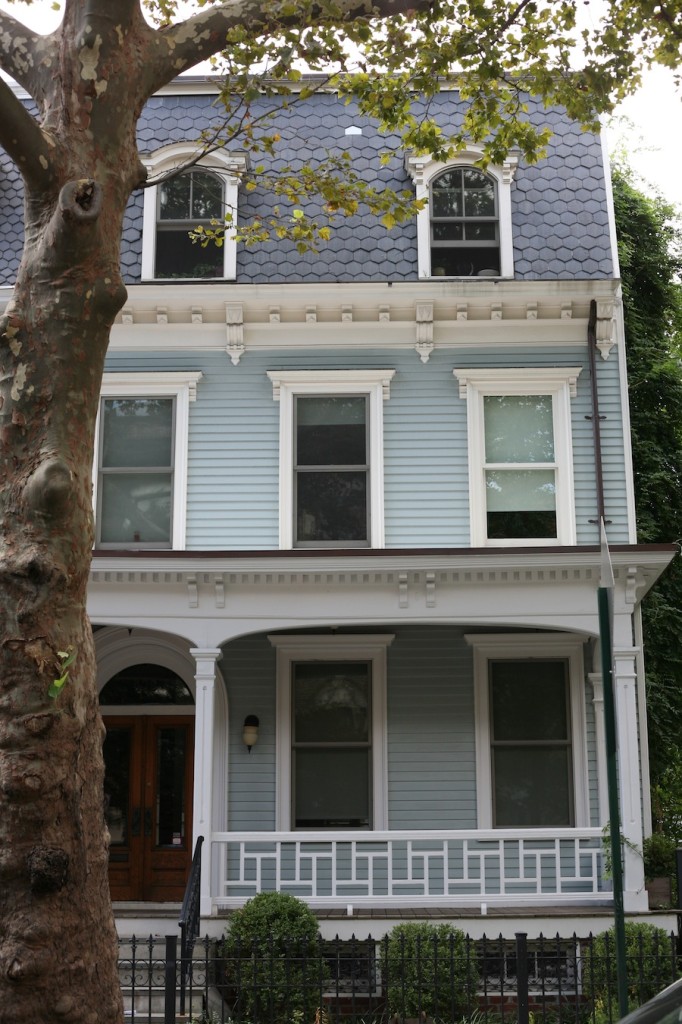 When he embarked on the renovation of his Clinton Hill home nine years ago, a historic Victorian structure built in 1899, actor Adrian Grenier (Entourage) says it was a challenge to find green building resources and materials. “The line of least resistance was just to make it conventional,” he says of the renovation, sitting at his dining table with filmmaker Peter Glatzer, his partner on the green living site SHFT.com that focuses on eco news and original shows about everything from green touring bands to innovative green initiatives in Brooklyn. “But I did put in the effort. It was worth it in the end.”

Grenier recently opened up his home for a press preview of Food Tripping, a free app to help travelers find sustainable and healthy food options on the go, which he and Glatzer helped create earlier this year. [ed. note: While we’re all for electronic advancements that make finding ruffage on our road trips easier, we were as interested in the home itself, having heard stories of its succulent roof garden and other such green upgrades.]

The home is outfitted with recycled denim insulation, solar panels, radiant heat and low VOC, non-toxic adhesives and paints, as well as reclaimed wood floorboards. A carriage house/garage has a green roof garden. Most of the green aspects of the home aren’t visible it turns out. While many of us are familiar with these terms now, nearly a decade ago it was a different story, says Glatzer. “This house is one of those trailblazer stories, but it also opened your eyes to where things needed to head.”

It was the difficulty in finding information about green building and initiatives as well as products that led the founding of SHFT. “There aren’t the advertising budgets for sustainable companies that there are for conventional ones,” Grenier says. “So a lot of times, they go unnoticed. We’re looking to support artisans and craftspeople who are looking to create businesses that give more value than just the product itself, that elevate your life and contribute more to the community. In the future, you [won’t] have to work as hard to do the right thing.”

Grenier admits he wasn’t particularly keen on opening up his Grand Ave. home to the media, but in addition to the new app, he was also presenting an eco-friendly gift guide he and Glatzer helped curate–sort of a two birds, one stone type of thing–that included some local New York products, such as Brooklyn’s Mast Brothers chocolate and jam and a Ball jar cup with drinking straw from Stone Barns Center for Food & Agriculture, a nonprofit in Pocantico Hills dedicated to the improvement of food and farming–you’ll be able to find the guide up on his site later this month. When asked why he decided to host the event at home, he was possibly only half-joking when he said it was “under duress” for a good cause. “They have naughty pictures of me.”

Kidding aside, I get the feeling that Grenier has reluctantly allowed press to poke around his home if it will bring attention to his eco-friendly mission. I am admittedly part of the looky-loos, though I still cover green products as a freelancer, so the pretense for ogling his eco upgrades still stands.