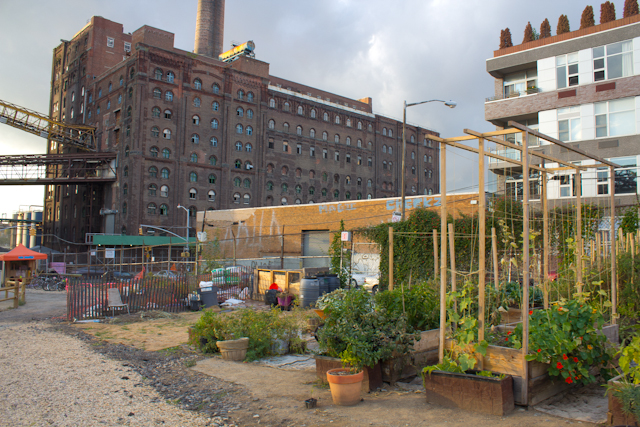 It took North Brooklyn Farms, planted in Havemeyer Park in the shadow of the Domino Sugar Factory, less than a year to evolve into a fully-functioning urban farm, complete with flowers, dinners, and, of course, produce. From submitting a proposal to Two Trees Management Company, the group behind the Domino development, in January, to getting approved, to growing the seeds for the farm in their apartments in March, to construction in spring, to opening in July, co-founders Ryan Watson and Henry Sweets proved that it was possible to create beneficial green space for the community in any part of New York, or in this case, a parking lot. 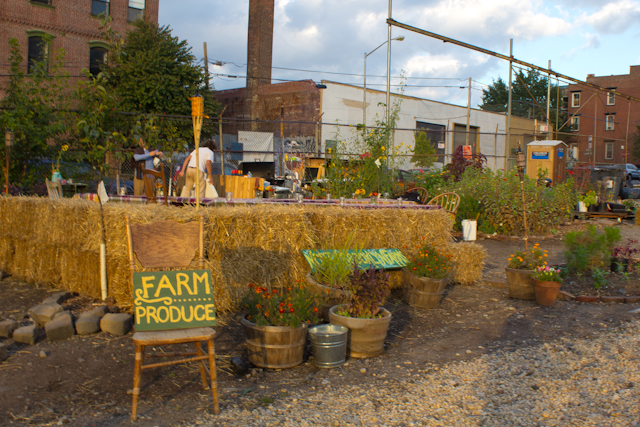 “My goal in starting this farm was to explore what is possible with an urban farm in the city and to try to make as much productive green space as possible,” Sweets said. “I think that being in a vegetable garden in a city, in an active productive landscape, provides a different experience for people than just being in a landscape garden. It resonates with them and registers with them and just makes them feel better.”

There are three sections of the farm: flowers, where they cut and create bouquets to sell, events, like hosting school groups and suppers, and agricultural, where they grow vegetables, fruit, herbs, and more. Everything is grown on raised beds, since the space is temporary due to impending construction of the factory space. 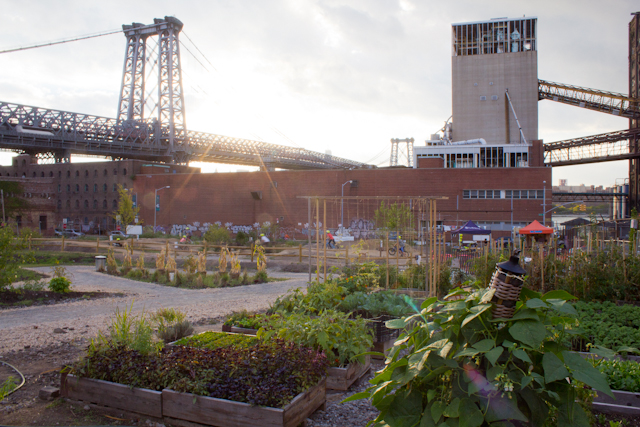 “The reason that we grow food is so that people eat food,” Watson said. “So we bring the table to the farm as opposed to vice versa. It’s the same idea with the pick your own farm stand: Directly connecting people to where the food comes from.”

In the same vein, the supper clubs help bring people to their food. Sweets said, “People can have that experience in the city in Brooklyn where you wouldn’t think you could.” Watson added, “We give people a place to dig their hands in the dirt, get dirty and reconnect with things that you don’t get to connect with in the city.”

The cold weather won’t close down the farm either. The duo plans to continue growing into winter, with spinach, carrots, lettuce, and kale. “A lot of people have said to us, ‘Why are you doing a project like this on such a temporary basis? You put so much work into it. What’s the point?’” Watson said. “We see those experiences that form in childrens’ lives that will change their lives forever, that they will always carry with them, and this space might not be here but the effect on the next generation is something that will last a lot longer than any farm would.”