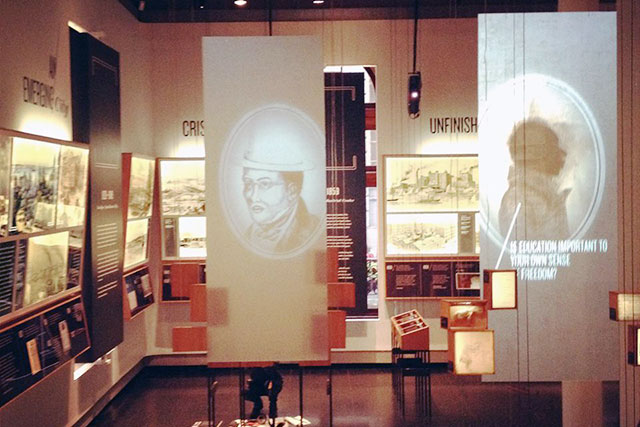 In honor of Black History Month, head to Brooklyn Historical Society sometime this February to check out its public programming, as well as its newest exhibition, an exploration of antebellum Brooklyn that chronicles the role local black and white residents played in the anti-slavery movement. Brooklyn Abolitionists/In Pursuit of Freedom also charts the borough’s transition from farmland to industrial center between 1783 and 1865. At the time, Brooklyn was the third largest city in the United States, and home to one of the few free-black communities in New York. The exhibit is the result of five year’s research and roughly covers the time in Brooklyn’s history between the end of the American Revolution and the beginning of post-Civil War Reconstruction, shedding light on some of the lesser-known figures from Brooklyn’s own emancipation efforts. BHS has also created an online resource guide where you can find abolitionist biographies, check out a timeline of key moments in Brooklyn’s emancipation process, and download walking tours of five current neighborhoods with historical ties to this period in BK’s past.