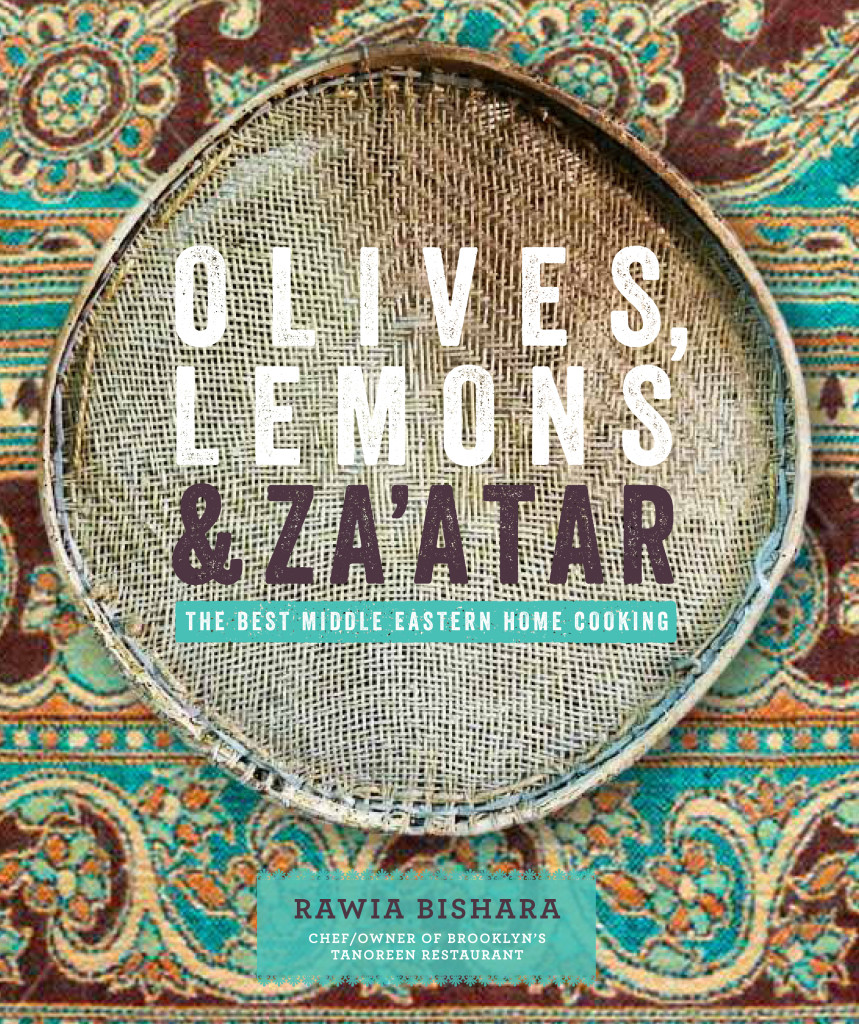 There are a few things that consistently draw us to neighborhoods outside our well-worn urban pathways, and food, whether it’s an ethnic enclave serving dishes you can’t find anywhere else in the city, or a restaurant that inspires rave reviews from all who visit, is at the top of that list. Culinary tourists have been riding the R train to Bay Ridge for more than 15 years now, seeking out the smoky eggplant, richly spiced lamb kibbie and homemade flatbreads  at Tanoreen, the neighborhood’s much loved Middle Eastern restaurant. Now, Rawia Bishara, chef and owner, has collected her favorite recipes into a cookbook.

Olives, Lemons & Za’atar: The Best Middle Eastern Home Cooking was released last week. It’s filled with more than 100 recipes for soups, salads, breakfast dishes, main courses, sides and desserts. While the recipes reflect traditional preparations that Bishara learned cooking with her family in Israel,  there are also contemporary flourishes and influences from other cultures, such as the tagine djaj (chicken tagine), a popular Moroccan dish, and salmon in pesto, which Bishara started cooking when she arrived in the U.S.

Bishara’s book isn’s just a compendium of recipes–it’s also a personal scrapbook of sorts, with reminiscences of her Palestinian upbringing in the town of Nazareth in northern Israel. “I have endless food memories from my childhood,” she writes, “but the most vivid has long remained the summers I spent with my four brothers and sisters at our grandparents’ homes in the villages of Rama and Tarshiha.”

We spoke with Bishara about the book, Middle Eastern cuisine, and her life in Nazareth, and she shared a recipe from the book, for samak tagine, with us.

Your interest in cooking came from your mother?
Yes it did. My mom was a schoolteacher but she was a fantastic cook. It was like her joy. She had five kids and we always had parties around. We have a big family. She always entertained, she loved doing it. The basic [influence] came from my mom. But after that, it’s coming to New York too and being exposed to so many different kinds of foods, cultures. 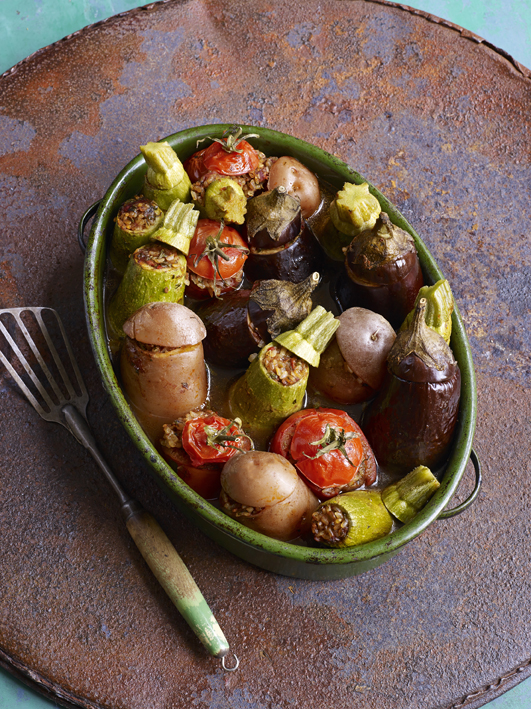 One touching story from the book is your memory from childhood of your mother and father preparing a dish called maftool–which is similar to couscous–in which your father volunteered to peel the pearl onions himself so your mother wouldn’t cry. It’s kind of romantic.
It was like that. My mom was a schoolteacher and entertained a lot. My father loved to eat. They had that relationship. He helped her out. Back then, men did not do that in the Middle East, they did not cook. It was a very nice atmosphere between my parents.

You also recall the times when your family would eat lunch under the olive trees in your mother’s hometown of Rama.
We used to go out to harvest the olives when it’s in season. We would spend three days in the village and go under olive trees and spend a whole day there and take our lunch with us. We grew up spending summers in my mother and father’s village. They both did a lot of the harvesting thing, they used to do that all the time–all the vegetables, all the grains, olive, olive oil–they did everything from basics. They never bought anything.

While the recipes draw from traditional Middle Eastern cooking, they also reflect a modern sensibility and influences.
That’s part of living in New York. It gets you exposed to so many different things. You start having the courage to change things around a little bit with all what’s available to you. And if you have good tastes, it works. I don’t think anybody should be scared from trying new things. But the original recipes are the same. I did not change them. 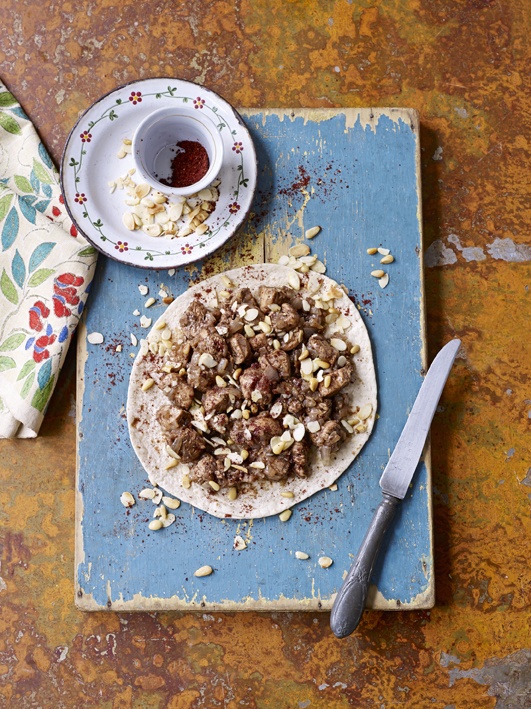 It may seem like picking children, but is there one particular recipe that you like to cook at home?
At home, my son cooks for me (laughs). What I enjoy really is not cooking a specific dish at home–it’s really being together and cooking together. I don’t like to spend hours in the kitchen cooking by myself. In general, it’s the ambience and atmosphere that make the meal enjoyable.

Fried fish is something people like to eat out, but it should be eaten at home. It’s nice to have it right from the fryer and into your plate hot and crunchy. This would create an atmosphere of three or four hours of fun in a house: having a drink, eating fish, making the salad, the whole thing.