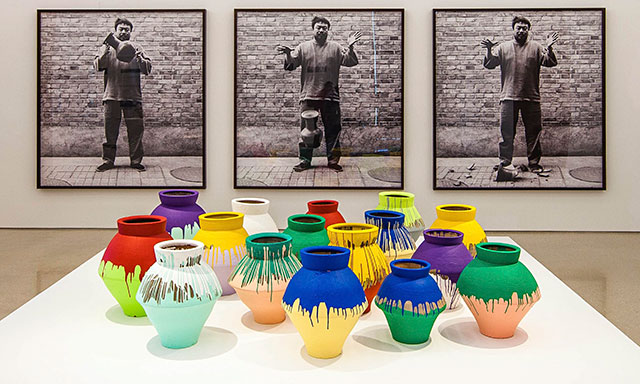 New York is awash with great art at the moment, more so even than usual. Can’t-miss exhibitions, from local and international artists alike, are cropping up all over the place, so we’ve narrowed the field to the six shows you won’t want to miss this season, starting with Ai WeiWei’s big return to Brooklyn.

Ai WeiWei: According to What?
Through Aug. 10, 2014
Maybe it’s because he kind of looks like buddha, or maybe it’s because he continues to be an outspoken advocate for human rights in his home country, even in the face of escalating adversity, but we can’t help but root for Ai WeiWei. The Chinese conceptual artist and social activist actually lived in Williamsburg for a stretch in the ‘80s, and when Brooklyn was selected as the last stop for the first North American survey of his work, WeiWei chose to expand the exhibition to include major pieces not seen at earlier venues along the tour.

These include a series of full-scale shadow boxes depicting the 81 days he spent detained by the Chinese government in 2011, which were meticulously produced  from memory following his release, and a site-specific installation of bicycles. The exhibit is also home to the debut of a photographic series that covers the walls of an entire gallery, documenting every personal belonging that Ye Haiyan, a Chinese women’s rights activist, abandoned by the side of the road after being evicted from her home by the government for advocating on behalf of Chinese sex workers. According to What? poses lots of questions for its audience and a trip to this exhibition promises to leave you with plenty to process.
Brooklyn Museum, 200 Eastern Pkwy, Brooklyn, 718-638-5000 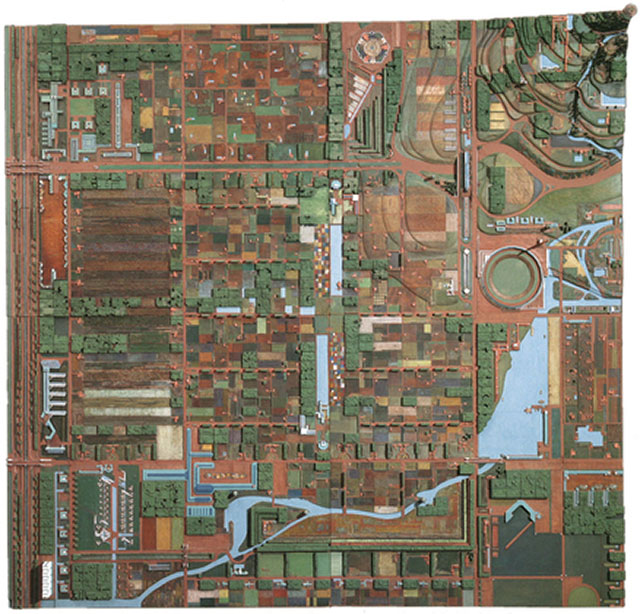 Frank Lloyd Wright and the City: Density vs. Dispersal
Through June 1, 2014
Over the course of his career, American architect Frank Lloyd Wright designed 1,000 buildings, including the Guggenheim, and left behind an archive of over 500 drawings and models when he died in 1959. Recently the Museum of Modern Art and Columbia University’s Avery Architectural and Fine Arts Library pooled together to acquire his extensive archive, a portion of which is now on display at MoMA.

Wright was a supporter of organic architecture–buildings that looked and felt like they should naturally inhabit the space where they were constructed. The centerpiece of MoMA’s exhibition is a 144-square-foot model of what Wright envisioned as the ideal urban landscape, an innovative approach to building a vertical city which he modified over and over again throughout his life. Given the growing debate on the current state contemporary architecture in New York City and our ever-evolving urban landscape, Wright’s work stills feels intensely relevant and fresh more than 50 years later.
MoMA, 11 W. 53 St., Manhattan, 212-708-9400 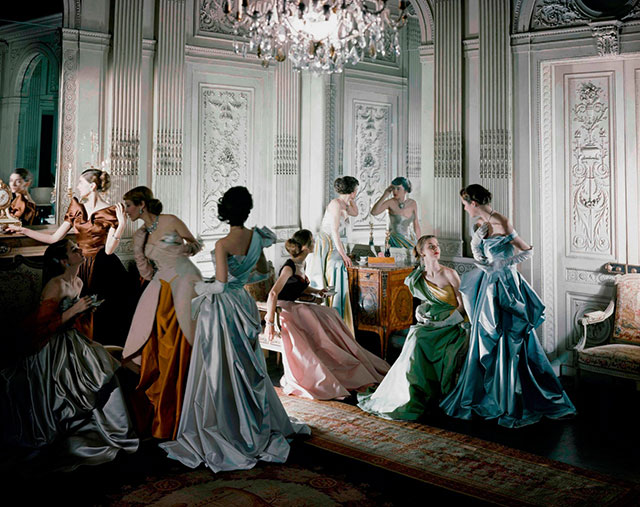 Charles James: Beyond Fashion
Through Aug. 10, 2014
If you’ve been on the internet these past two weeks, you may already know that the Costume Institute at the Metropolitan Museum of Art (newly rechristened the Anna Wintour Costume Center in honor of the Vogue editor-in-chief who has raised $125 million for the museum over the past 16 years) held its annual gala on May 5. You might also know that all of this was overshadowed by the Solange Knowles assault on Jay-Z inside an elevator at The Standard Hotel during the gala after-party–so much drama, such a tiny space. With all the attention on the pomp, circumstance and punching, it’s easy to forget the purpose of it all was to celebrate the singular designs of one of the 20th century’s most iconic couture designers, Charles James.

The New York-based designer was known for his beautiful ball gowns and the scientific precision he took to his tailoring. More than 65 examples of his style, fit and fashion are currently on display at The Met. James’ sculptural approach to his one-of-a-kind creations blurs the line between fashion and art, and his influence can still be seen in today’s haute couture. Not bad for someone with no formal training.
The Metropolitan Museum of Art, 1000 Fifth Ave., Manhattan, 212-535-7710 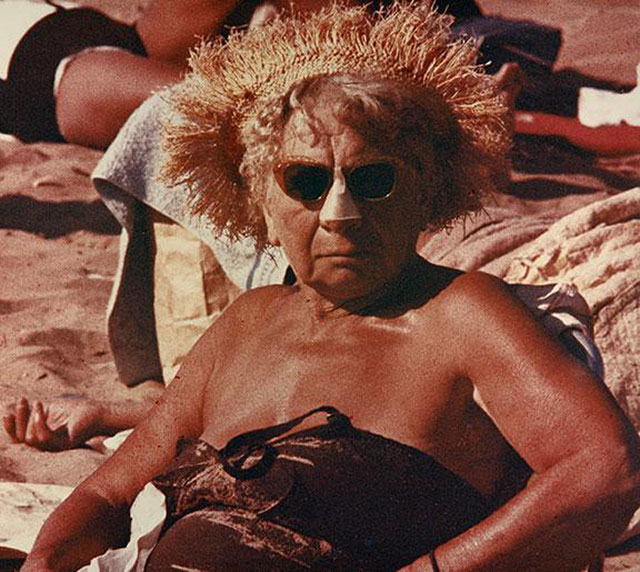 In a World of Their Own: Coney Island Photographs by Aaron Rose
Through Aug. 3, 2014
Memorial Day weekend is just about a week away, which makes the opening of the new Aaron Rose exhibition at MCNY particularly fitting. The photographer spent two seasons, from 1961-1963, taking pictures of sunbathers up and down Coney Island’s beach and boardwalk. His images capture the many facets of one of the city’s most famous beaches–everything from bodybuilders to babushkas in all their bronzed glory.

There are more than 70 never-before-seen pictures included in the exhibit, and Rose’s work reminds me of a real-life Norman Rockwell painting. He’s captured a side of Coney that’s long been washed away by the tide, zinc-oxide noses included.
Museum of the City of New York, 1220 Fifth Ave., Manhattan,  212-534-1672 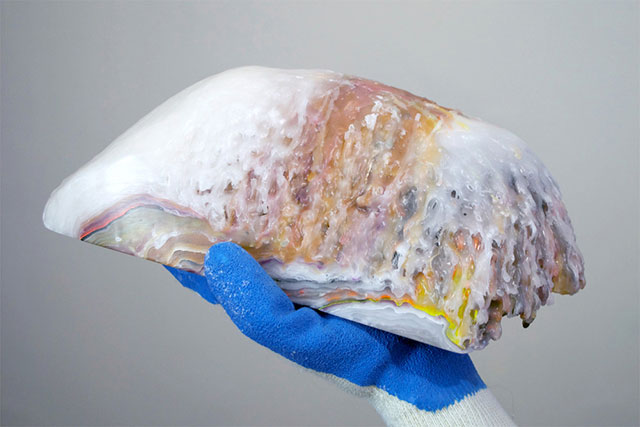 NYC Makers: The MAD Biennial
July 1 to Oct. 12, 2014
You know maker culture is reaching a fever pitch when a major art institution decides to make it the focus of its biennial, which is what the Museum of Arts and Design, better known as MAD Museum is doing. The Manhattan museum will showcase the creativity of local makers from all five boroughs. The pool of local artisans selected to participate has yet to be announced, but promises to encompass an array of different disciplines.

Given Brooklyn’s reputation as a maker magnate, we expect the borough to be well-represented. The exhibition will include everything from furniture to fashion, food and art. MAD plans to open itself up as a production studio for the local makers invited to participate and collaborate with one another over the next several months, and a series of live programs, like fashion shows and lectures, are also in the works. Look out for more information as the date draws closer.
The Museum of Arts and Design, 2 Columbus Circle, Manhattan, 212-299-7777 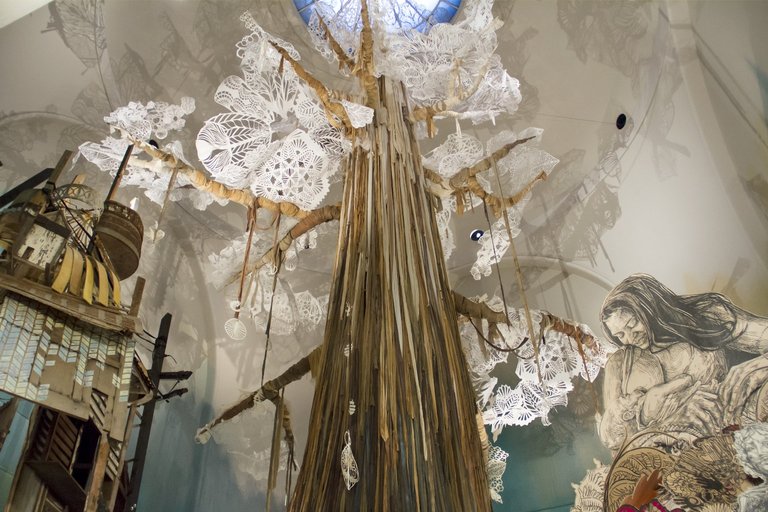 Swoon: Submerged Motherlands
Through Aug. 24, 2014
Though we’re used to seeing Swoon’s art in the street, we weren’t the least bit surprised to see her pieces equally at home in a major art institution. The Brooklyn street-artist has taken over the fifth-floor rotunda at the Brooklyn Museum to create an immersive installation that celebrates womanhood–or more precisely, motherhood. The centerpiece of Swoon’s installation is a monumental sculptural tree of life, the branches of which extend up to the 72-foot-high vaulted ceiling, festooned with paper-cut foliage.

The massive trunk is bookended by two rafts Swoon constructed from New York City trash and sailed down the Grand Canal to gate crash the 2009 Venice Biennale. The works in Submerged Motherlands speak to both social and environmental issues, including Hurricane Sandy and a millenniums-old tsunami that turned England into an island. There’s plenty of wheat paste as well, in case you thought Swoon was straying too far from her signature street style.
Brooklyn Museum, 200 Eastern Pkwy, Brooklyn, 718-638-5000