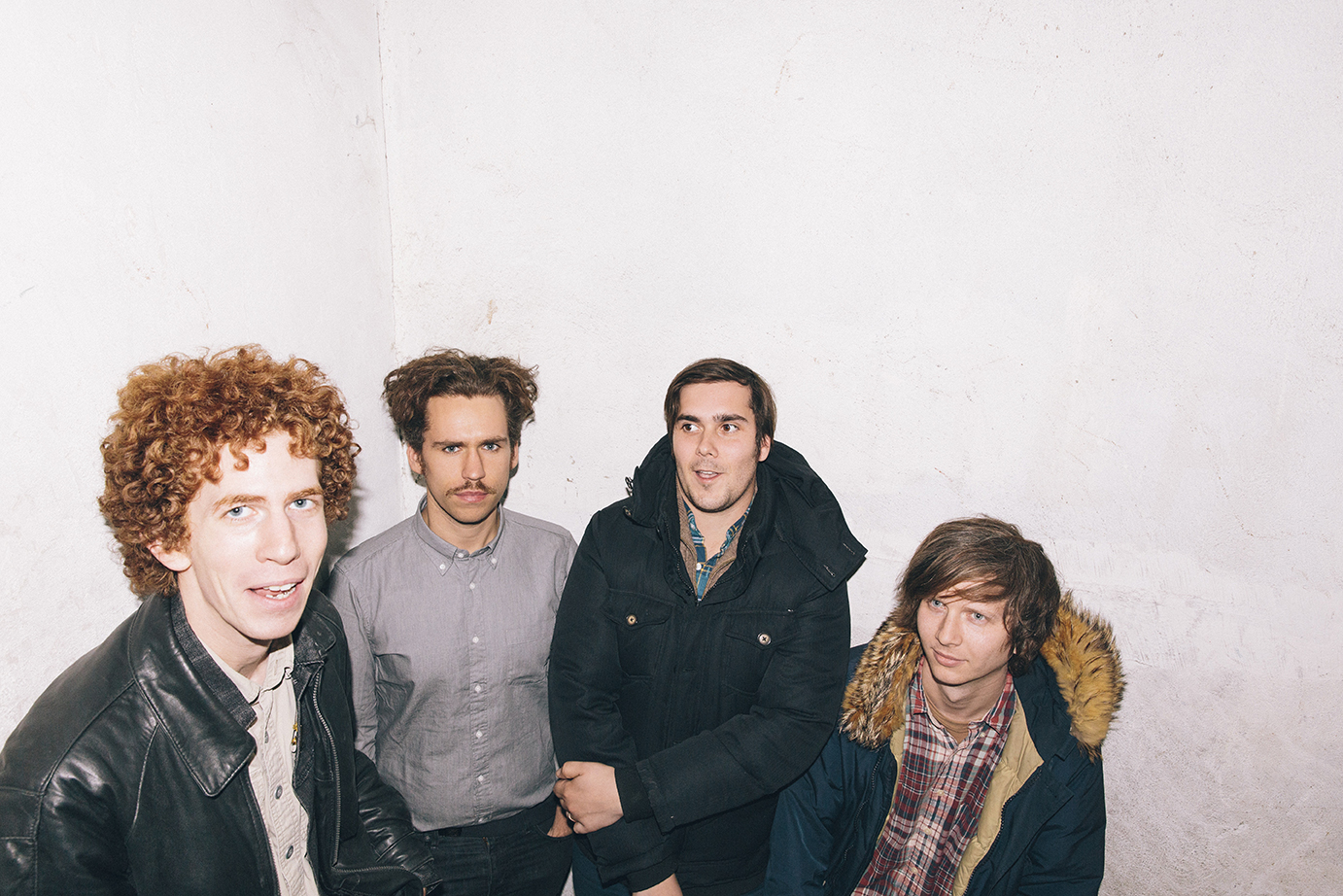 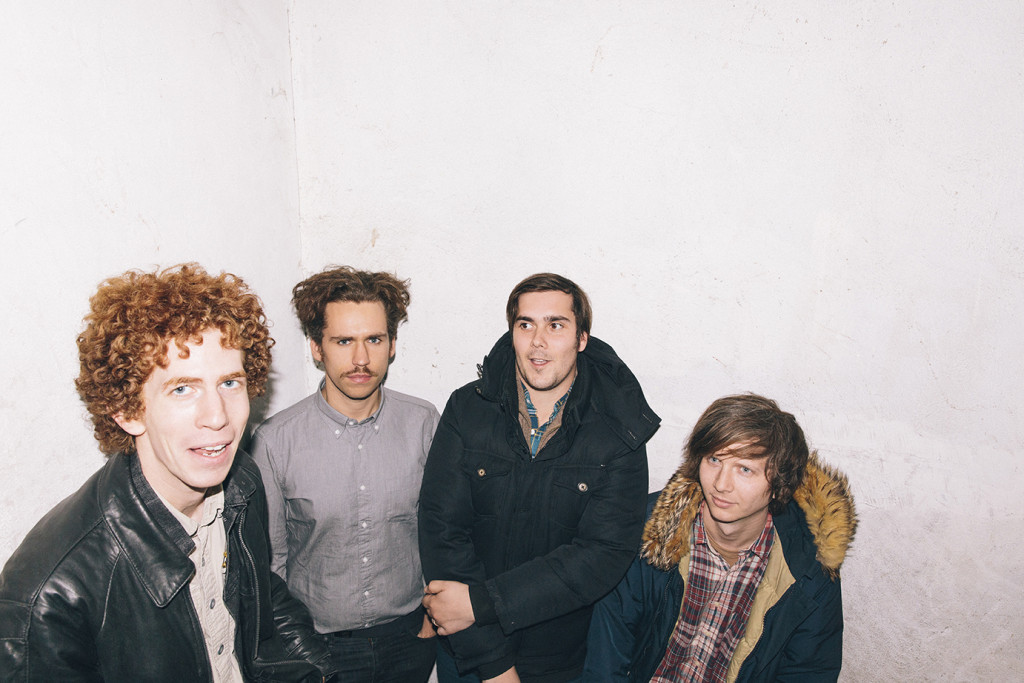 Brooklyn’s own indie rock band Parquet Courts made a big splash in late 2012 with their second full-length debut album, Light Up Gold, and became the buzz act in the music press (we interviewed them last year). Such lofty praise sometimes bring pressure when it comes to making the follow-up record. But the group’s latest, Sunbathing Animal, which came out yesterday, demonstrates that the hype was warranted.

On the new album, Parquet Courts, singer/guitarist Andrew Savage, guitarist Austin Brown, bassist Sean Yeaton, and drummer Max Savage, doesn’t depart much stylistically from Light Up Gold. The music is still a continuation of the angular punk rock sound that recalls luminaries like Richard Hell and the Voidoids,  Gang of Four, the Feelies, and Pavement. But Parquet Courts also forge their sound with distinction, especially through Andrew Savage’s talk-singing style and some terrific jagged and piercing guitar playing.

Just as on Light Up Gold, there’s not one throwaway track on Sunbathing Animal, and the record flows perfectly between punkish rockers (the relentless pounding of the title track, the frantic “Black and White”) and meditative numbers (the epic slow burn of “She’s Rollin,’” the trippy “Raw Milk”). Even the brief instrumental interlude, “Up All Night,” adds something to the record.

Parquet Courts’ lyrics tend toward the enigmatic, while revealing a sense of disillusionment, alienation and angst, especially on “Black and White” in which Andrew Savage sings: “Is the solitude I seek a trap where I’ve been blindly led?…It’s a vulgar part of being tethered to the world right now”; “Always Back in Town,” which has this ’60s garage pop vibe, speaks about the mundaneness of  life; and “Into the Garden” is a fitting coda to the record with the line: “Time waits behind your shoulder in the onset of your wandering years.”

But even if you’re not inclined to contemplate the meaning behind the album’s lyrics, the music is more than enough to enjoy at face value. Tuneful and melodic with some of the best and tight guitar work from an indie band, Sunbathing Animal shows Parquet Courts not as one-hit wonders but the real thing. Not surprisingly, their upcoming gig at Sugar Hill Supper Club is sold out, but any opportunity to see them live locally in the future should be taken advantage of immediately.