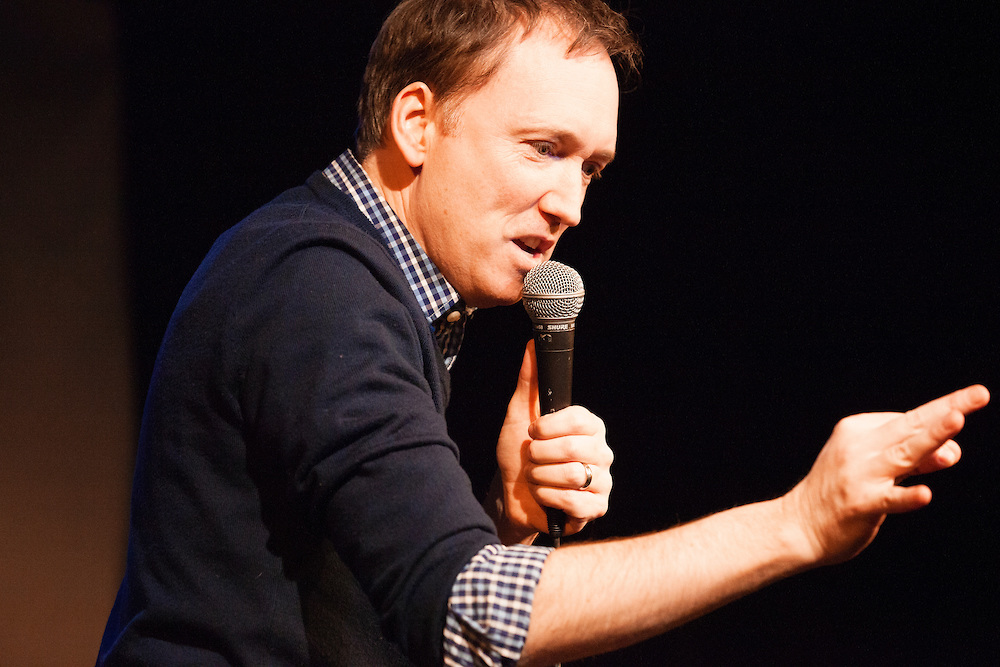 After a brief summer hiatus, Funny Story is back at Brooklyn Brewery on Thursday, Sept. 18. If you’ve never been before–or haven’t been in awhile, it’s time to join us at Brooklyn Brewery for a night of hilarity. Usually we here at Brooklyn Based help fill the roster with journalists, food folks and Brooklyn personalities, but this time our intrepid host Tom Shillue has packed the evening with a bunch of funny weirdos he met over the summer.

To start, we’ve Turney Duff, a former professional Wall Street douchebag, who wrote a memoir called The Buy Side, outlining just how fucked up and entitled Wall Street culture is. Add to that Joe Randazzo, a former Onion editor, and generally hilarious dude who lived in Greenpoint forever, before decamping for the countryside with his brood.

Then there are the comics. One of the most entertaining elements of Funny Story is watching comedians get a little outside their comfort zones–they have to tell stories after all, not just stand up and do their bits. Kaytlin Bailey, a member of the Pink Collar Comedy Tour, already kills it on a regular basis with tales of her liberal, pot-smoking mom and super conservative dad.

The Half Hour
Get More: Watch More Stand-Up.

And Ben Kronberg’s schtick is generally a sort of deadpan, clever one-liner type delivery–think hipster dad meets Steven Wright. What will he tell us about himself in narrative form?

Tickets for this glorious group of sure-to-be-strange tales are just $10, and that includes a beer. Is there anywhere you could have more fun for less money on Thursday night?