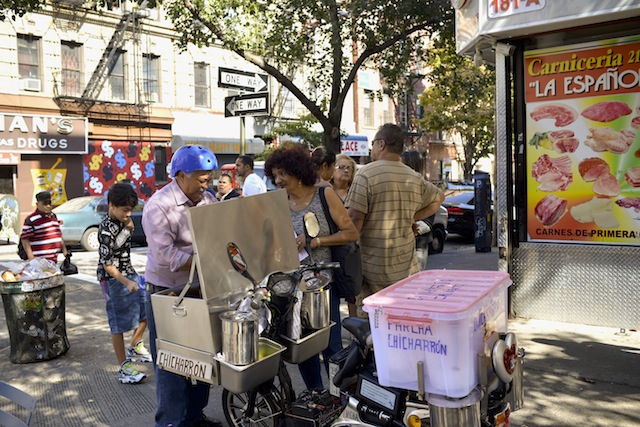 It made sense during our unseasonably warm September to pretend that summer wasn’t over, but by now it’s impossible to deny: fall is upon us, in all its crisp, pumpkin-spiced glory. Which means it’s a great time to put on a comfy sweater, grab some intrepid friends, and spend a few hours really getting to know parts of Brooklyn you’ve never explored. Inspired by this weekend’s Open House New York, we’ve compiled a handful of terrific walking tours, plus one by bike, that will lead you through the borough’s nooks and crannies, from historic neighborhoods to a toxic waterfront.

During a self-guided tour of South Williamsburg organized by UnionDocs, you’ll hear stories of neighborhood fixtures like this man. Photo: Shannon Carroll

If you’ve ever wondered about the empty lot full of stuffed animals on Bedford and North 1st, or how much homes on South 2nd cost in the 1980s, this self-guided audio tour—part of UnionDocs’ multi-year, multimedia project Living Los Sures—will answer all your questions. The half-hour tour starts at the Bedford Ave. Dunkin Donuts and ends at the Caribbean Club on Grand St, the last remaining Puerto Rican social club in the neighborhood. In between you’ll hear stories of Hasidic women swimming, Bangladeshi families gardening, a Puerto Rican man selling piraguas (shaved ices), and many more past and present neighborhood denizens. Pro tip: Go on a Sunday evening when Toñita, the beloved owner of the Caribbean Club since the 1970s, makes a free dinner for everyone who comes in. 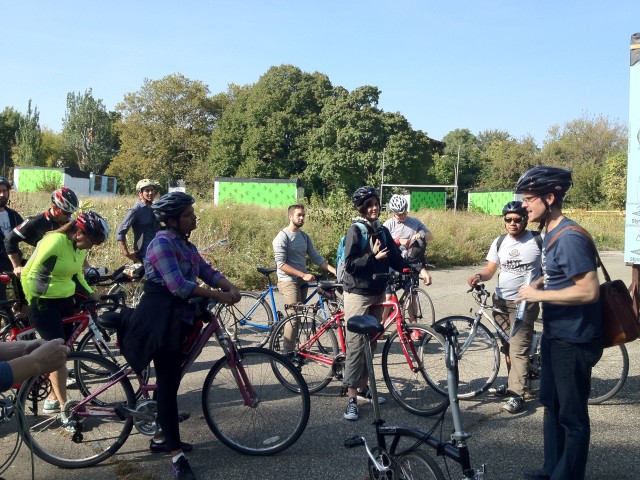 See a greener side of the Brooklyn Navy Yard by bike on one of two upcoming tours this month. Photo: Andrew Gustafson

Turnstile Tours has a whole host of walks around the fascinating Navy Yard, in partnership with BLDG 92, the LEED-certified, refurbished 1857 Marine Commandant’s residence. But several of the tours are two-wheeled (bring your own bike and helmet!). The two remaining for 2014 are the Urban Ecology Tour, which will take you from an oyster restoration project to the 65,000-square-foot Brooklyn Grange Rooftop Farm, and the Sustainable Architecture & Industry Tour, which explores the Navy Yard’s transition from a shipbuilding facility to a national leader for sustainable urban industry, through initiatives like green rooftops and wind- and solar-powered streetlamps.

Big Onion has been leading history-rich NYC walking tours since 1991, from Harlem to Prospect Park and every neighborhood in between. The Historic Brooklyn Heights Tour is presented in partnership with the Brooklyn Historical Society, and it’s packed with info about Brooklyn Heights from its agricultural days to its 20th century decline and resurgence. You’ll learn about the 1870s Brooklyn Theatre fire, the development of Cadman Plaza, and the Plymouth Church of the Pilgrims, plus the tour includes free admission to the BHS museum and a behind-the-scenes walk through the stunning 1881 building. 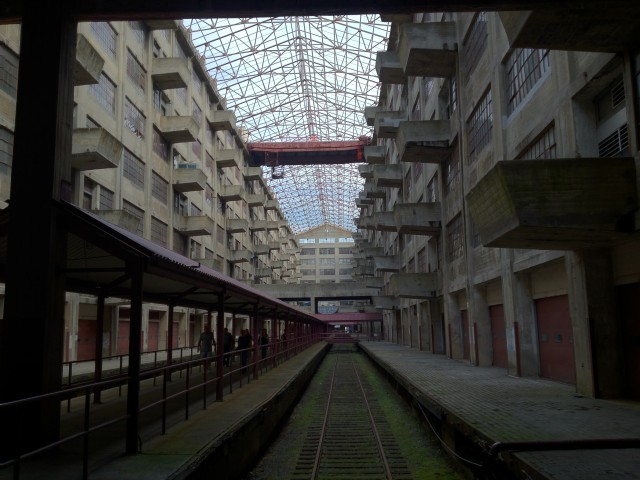 The Brooklyn Army Terminal is home to a hundred companies like Jacques Torres. Photo: Andrew Gustafson

The Brooklyn Army Terminal, next to Industry City, was built in 1918–1919, decommissioned in 1966, closed in 1975, and bought by the city for redevelopment in 1981. Its most famous visitor was Elvis, who shipped out of here en route to Germany during WWII, but today many well-known companies occupy the industrial park, including arts org Chashama, chocolatier Jacques Torres, and obstacle racing company Tough Mudder. Turnstile offers a two-hour walking tour of the site twice a month, in partnership with the New York City Economic Development Corporation. On October 27th they’re doing a special tour with Untapped Cities, exploring the architecture, transportation, military history, and commercial redevelopment of the Terminal and the wider Brooklyn waterfront.

Photographer Mitch Waxman, founder of the Newtown Pentacle and the official group historian of the Newtown Creek Alliance, has been exploring this incredibly toxic body of water for many years. He leads six official tours of the watershed, by foot, bus, and sometimes boat. His Open House New York tour of the underbelly of the Pulaski Bridge is sold out, but there are spots left on his three-hour Poison Cauldron tour, which explores three miles of DUKBO—Down under the Kosciuszko Bridge Overpass—where you’ll learn about Standard Oil and the Greenpoint oil spill while wandering through a “post-industrial moonscape.” Mitch has offered this tour for several years, but November might be your last chance, because most of the area will be torn down in the upcoming Kosciuszko Bridge replacement.

Hidden Brooklyn, organized through the Brooklyn Historical Society, has gone to Lenny Shiller’s antique car collection in Gowanus, the Sister of Mercy convent in Clinton Hill, and the food incubators at the old Pfizer factory in South Williamsburg. After a sold-out tour of Pfizer on Oct. 7, they’ve added another date next Tuesday, Oct. 14.