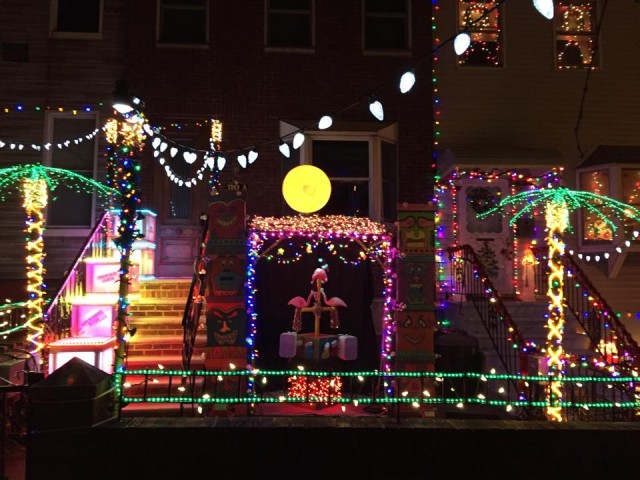 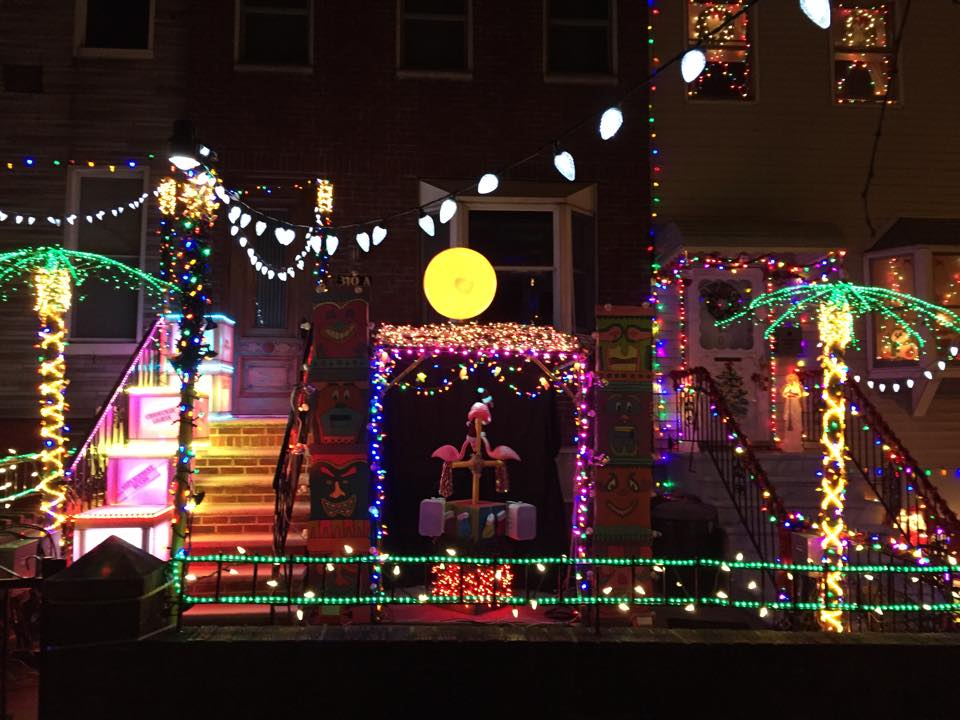 It’s beginning to look a lot like Christmas in Hawaii, at the Greenwood Heights home that’s putting on its tenth Holiday Light Spectacular this year. Photo: Themetricals

We’re in the home stretch of holiday season, awash in Hanukkah gelt, and just a week away from having to procure every present in time for Christmas. But this week, between the latkes, work parties, and last-minute card mailings, you should carve out some time for spontaneous fun, because there are so many good prospects ahead. Now that the New York premiere of The Interview has been canceled, it frees you up for tomorrow night’s edition of Funny Story, where a writer for Letterman, a reality show regular and an editor from Out Magazine will share true stories over beer (one of them free). On Sunday you can celebrate the Winter Solstice the way the goddess intended, with a drum circle at the fountain of Grand Army Plaza at 5:30pm, led by an urban shaman, or with a tap dance down Flatbush.

Thursday, Dec. 18: Visit a Masonic Temple and take part in a secret society. Don’t worry, there will be no goat sacrifices, and no Illuminati-style plotting to determine the future leaders of the world or who will win the Super Bowl. Secret Society is a monthly comedy show hosted by John Hodgman of The Daily Show and Judge John Hodgman fame. The Secret Society usually meets in the basement of Union Hall in Park Slope and tickets are normally quite hard to come by, but this time they are holding a meeting in the Grand Masonic Lodge on West 24th Street in Manhattan. The venue itself is worth the ticket price, built in 1782 and normally closed to all but members of the secretive Masonic order. Expect special guest appearances and a good dose of holiday cheer. Tickets are $25 and include two drinks. –A.J.

Friday, Dec. 19: If, like Charlie Brown, you can’t stand the commercialization of the holiday season, spend an evening among your kind at Not For Sale, a gift swapping party hosted by Industry City Distillery and Holes in the Wall Collective. The rules are simple: This Friday night from 8-11pm, everyone is invited to show up at The City Foundry in Sunset Park with a special gift whether that’s something you crafted, like cookies or scarves, or something you’re good at, like nail art or hairstyling. The only requirement is that visitors be willing to give or trade away their gifts and skills free of charge. The evening will also include shadow puppet installations from local artist Andrew Benincasa, tunes from DJ Area D, a tour of the distillery at 9pm, and plenty of live music. And don’t forget to bring plenty of items to swap for drinks at the distillery’s Barter Bar.–N.R.