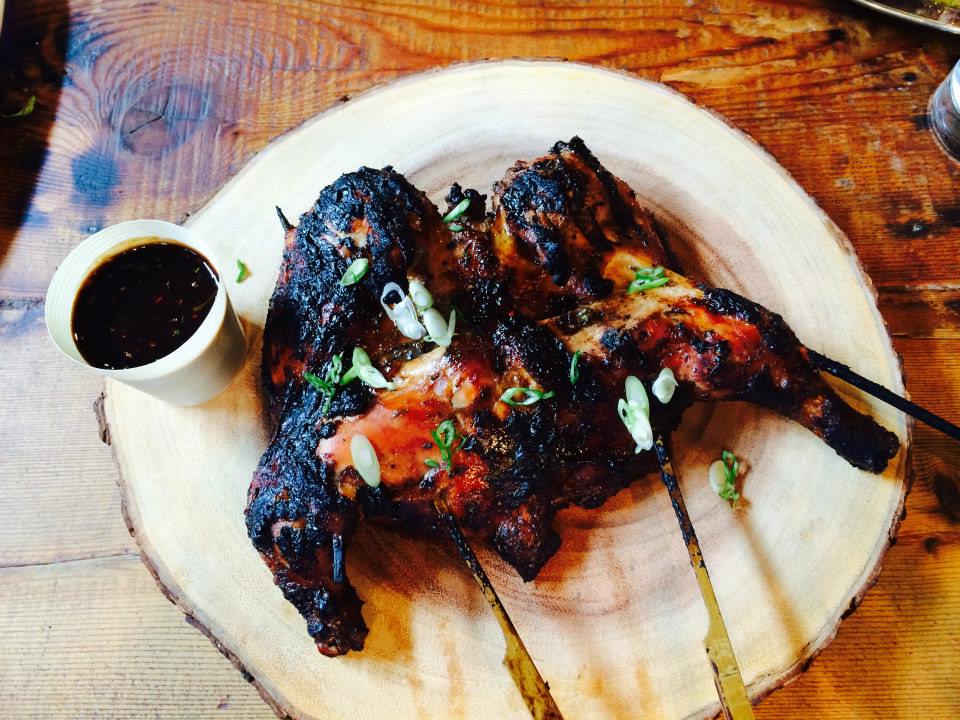 It’s hardly breaking news when a new restaurant opens in Brooklyn these days, but lately all these newcomers seem to be blurring together. I can’t tell you how many press releases we’ve seen about new farm-to-table spots with chefs who focus on seasonality, source their ingredients locally, and make the best kale salad ever. Not that there’s anything wrong with that…but for a borough known around the world for being creative and innovative, we sure to seem to welcoming the same kind of restaurant again and again. So how about something completely different? From kosher BBQ and delectable doughnuts to serious steak and one oversized karaoke wonderland, here are 10 standout spots opening in Brooklyn this year.

There’s no menu up yet for this new “street food concept” coming to Southside Williamsburg, but we sure are intrigued by the array of global street treats they’ve been previewing on Instagram, from chocolate and churros to buttermilk fried chicken feet (?!?). 53 Broadway (near Wythe); 718.384.2899; streetsbk.com

9. Bricolage
Veterans of San Francisco’s excellent Slanted Door restaurant are bringing a “Vietnamese gastropub” to the prime Park Slope space formerly home to Mary’s Fish Camp. No menu details yet, but considering another Slanted Door vet is behind the outstanding Vietnamese fare at Falansai in Bushwick, we have high hopes here. 162 Fifth Avenue (between St. John’s and Lincoln)

8.  Little Buttercup
Drinks with dessert, a trend that began with Smorgasburg favorite Butter & Scotch and continued with Spirited in Prospect Heights, is approaching craze status with the addition of Little Buttercup. Set to open sometime this year in Prospect Lefferts-Garden, the pint-sized eatery plans to offer a selection of craft beer and vino alongside freshly made pies. Meanwhile, Butter & Scotch is previewing their new Crown Heights dessert and cocktail bar at 818 Franklin Ave. this week, Monday, Jan. 5 through Friday, Jan. 9, 7-9pm each night. 446 Rogers Avenue (between Lefferts and Lincoln)

5. Elsie’s Doughnuts
The owner of Crosby Coffee in Crown Heights is next branching out with Elsie’s, where a street-facing window will hawk old-school Italian-American-style doughnuts with a few New Brooklyn twists, like a jelly doughnut stuffed with fig jam and topped by a sweet ricotta and mascarpone frosting, plus sunflower honey and almonds. 1031 Bergen Street (near Rogers); elsiesgoods.com

4. Hook & Cleaver
Most likely the first spot on this list to fully open for business, this Greenpoint steakhouse plans to open its doors this Thursday. Diane DiMeo, a runner-up on ABC’s The Taste, will dish out some very serious slabs of beef, which diners can select from carts that are pushed through the dining room, displaying a lineup of T-bones, rib eyes and more. 68 Greenpoint Avenue (near Franklin); 718.974.1283; hookncleaver.com 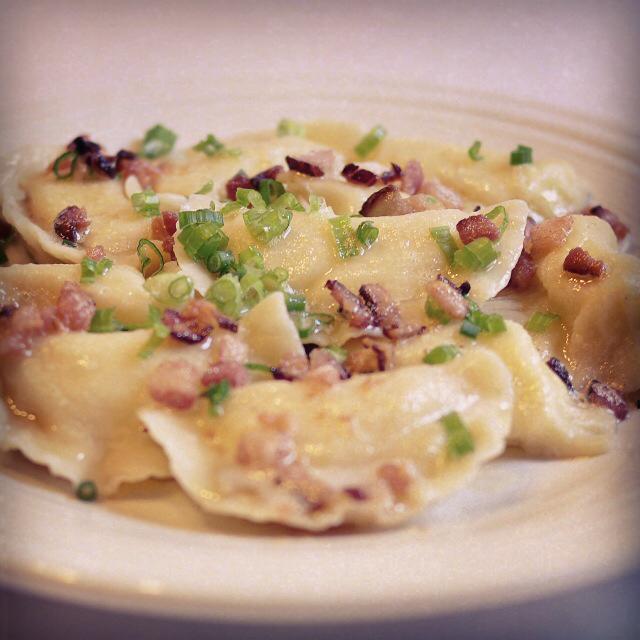 You can find plenty of Polish-style pierogies in North Brooklyn, but Slovakia native Helena Fabiankovic will soon be serving her grandmother’s dumpling recipe in Gowanus, including traditional styles along with more inventive flavors like Nutella pierogies and mac-n-cheese pierogies. 95 3rd Avenue (between First and Carroll); facebook.com/BabasPierogi

2. The Grand Army
It seems like there are almost too many oyster bars flooding Brooklyn these days, but this upcoming Boerum Hill spot will be a collaboration between some of the neighborhood’s most beloved eateries. Noah Bernamoff of Mile End is teaming up with Julian Brizzi of nearby Rucola for this small corner seafood spot, with cocktails from Damon Boelte of Prime Meats. 336 State Street (near Hoyt)

1. Korean Karaoke in Gowanus
Finally…Brooklynites no longer have to trudge into the depths Midtown for a taste of kimchi with a side of embarrassing singing adventures. The owners of Red Hook’s popular Good Fork restaurant are planning to turn a 4,600-square-foot warehouse here into a massive eatery complete with traditional Korean BBQ, a tasting menu, and yes, private karaoke rooms. The restaurant is as-yet unnamed. 326 Douglass Street (between 3rd and 4th Avenues)