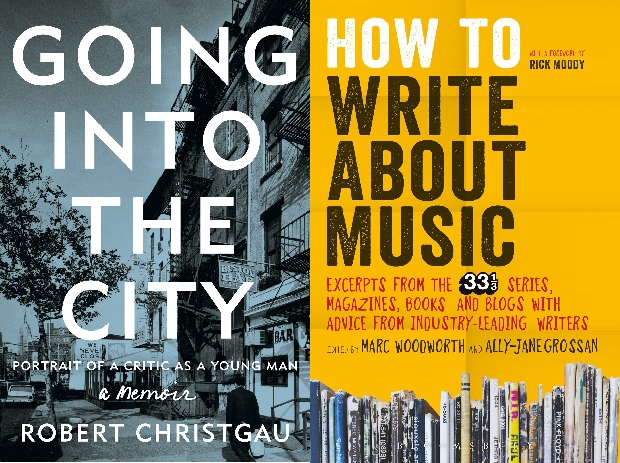 From the moment I picked up my first-ever copy of Rolling Stone in 1989 at the age of 15– with Mick Jagger and Keith Richards on the cover–I knew I wanted to write about popular music. While in one way it was my compensating for the fact that I would never become a rock star, it was also an extension of something much deeper than just hearing and buying music: in my case, it was obsessively reading album liner notes, analyzing song lyrics, and poring endlessly through music encyclopedias and album guides.

Over the years, music journalism has become more than saying whether you love or hate an album. It is a serious and well-respected art form thanks to the practitioners who have made the profession what it was and still is: from the pioneers of criticism such as Greil Marcus, Robert Palmer, Ellen Willis, and Robert Christgau; to excellent features writers and reviewers like Anthony DeCurtis and David Fricke; and talented scribes such as Alan Light, Ann Powers, Evelyn McDonnell, and Maura Johnston who are keeping the tradition alive. And not only has music writing evolved over time but so has the medium for it: what once the sole domain of Rolling Stone and Spin in America, music journalism has exponentially expanded thanks to the Internet, especially the emergence of Pitchfork. Music writing still remains more popular than ever, as indicated by two newly published books that will be highlighted at separate events in Brooklyn.

Those who picked up The Village Voice back in the day when it was a really thick alternative newspaper–as I remember it fondly during my ’90s college years–have certainly come across the influential work of Robert Christgau. For over 30 years, his writings dominated the paper’s music section, especially his famous Consumer Guides. Now the ‘Dean of American Rock Critics’ has written a new memoir, Going Into the City: Portrait of a Critic as a Young Man, published by Dey St. The Queens-born Christgau was a witness to and documentarian of the critical shifts and trends that have happened in music for the last several decades: from the early years of rock and roll, to the groundbreaking music that came out of the turbulent ’60s, and through the emergence of punk and hip-hop in the ’70s and ’80s; while also serving as a chronicle of the city during that period. The author will appear at powerHouse Arena tomorrow, Tuesday, February 24 in conversation with another esteemed music writer, Jody Rosen.

It is remarkable that while there have been plenty of music history books and biographies, there has never really been a guide about the profession and just how to get started in it–until now. Edited by Marc Woodworth and Ally-Jane Grossan, How to Write About Music is a new title from Bloombsury, the publishing company that puts out the 33 1/3 music book series. Excerpts of writings from the series are included in this guide as well as from other books, magazines and blogs. Specific areas about music journalism from crafting the live review to writing artist profiles are augmented by tips from writers and editors; there’s even a section  on how to pitch a 33 1/3 book. On March 3, Greenpoint’s WORD bookstore will be holding a panel event to mark the publication of the book. Among the panelists are Flavorwire‘s Jillian Mapes, Newsweek‘s Paula Mejia, Do Not Sell At Any Price author Amanda Petrusich, New York‘s Lindsay Zolodz, and Pitchfork‘s Jenn Pelly, with Grossan serving as moderator. It should make for an enlightening time for both aspiring and established music journos.