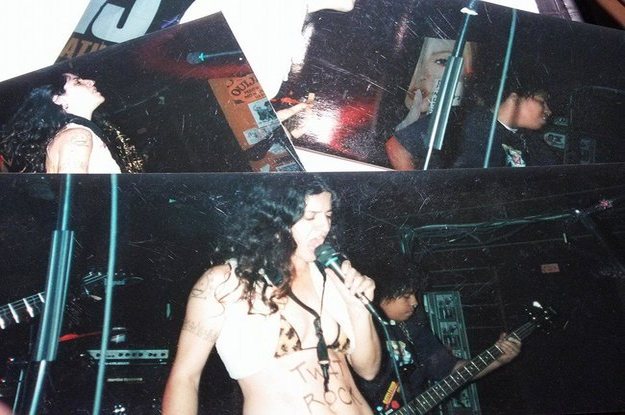 Jerre Kalbas is a lifelong New Yorker and a 97-year-old lesbian. When I tell her that there are only four remaining lesbian bars in New York, she literally drops her rice cake. “Four?” she asks. “That’s terrible. When I was growing up, there were so many.” I feel bad telling Jerre this news. I worry that my generation disappoints her. I want her to finish her rice cake.

Jerre was born in 1918, and was active during the 1940s, a time when “drinks were 10 cents” and police conducted raids on New York’s LGBT bars. I was born in 1983, and am active at a time when “Jell-o shots are $10,” and more women identify as queer than ever before. Despite this fact, there are currently only four active lesbian bars left in New York —Henrietta Hudson, The Cubbyhole, Ginger’s Bar, and Bum-Bum Bar. That leaves just two jukeboxes and eight public bathrooms for all of New York’s barhopping lesbians. Philadelphia’s last lesbian bar just died, as did DC’s, and San Francisco’s is on its way out. At just four bars, New York now has the most lesbian bars of anywhere in the country.

While New York is home to many more men’s bars than women’s, the decline has been felt by gay men as well. I estimate there are around 53 remaining queer bars total, in a city that just 30 years ago supported close to 86.  (This number comes from the Gayellow pages, which only includes published listings. The actual amount was very likely higher). That’s a 38% decline, despite a 16% city population increase. It’s even harder to pinpoint the number of women’s bars that used to exist, because some bars were run in basements, and no official statistics were kept. But anecdotal evidence is abundant, and the nationwide pattern is striking.

None of this is new news, and it’s nothing to celebrate. Imagine being the last four polar bears at the bottom of an endangered species list–it’s lonely. Gentrification and rising rents have pushed queer bars out of their former neighborhoods, as incomes have stagnated. Lesbians have a poverty rate of 22.7%, as compared to 21% of heterosexual women, 20% of gay men, and 15.3% of straight men. The financial health of the trans community is even more bleak–15% of transgender Americans have incomes under $10,000 per year, as compared to 4% of the general population. And because bars are capital-intensive projects, it makes it that much harder for under-resourced communities to both build them, and sustain them. It’s no surprise that three out of the four New York’s lesbian bars—Henrietta’s and The Cubbyhole in the Village, and Ginger’s in Park Slope—are conveniently located in two of New York’s wealthiest zip codes.

Success isn’t easy. Lisa Cannistraci, who runs Henrietta’s, has managed to keep her bar afloat by catering to a demographic many older lesbian bars have lost. “The way a bar stays open is to cater to the 23- to 37-year-old crowd. That’s how you stay open,” she says. While the bar prides itself on being age-diverse, Lisa runs multiple parties and changes them every couple months—keeping the attention of a younger, easily distracted demographic. Ginger’s, which is owned by Sheila Frayne and is celebrating its 15th birthday, blames the decline on “crazy rent” increases all across the city. She’s managed to stay in business by operating Ginger’s as both a lesbian bar and “a neighborhood pub. Everyone’s welcome. We never charge to get in, and we never turn anyone away,” she says. Meow Mix, which shut down in 2004, wasn’t as lucky. One of the city’s most popular lesbian bars in the ’90s, it closed after eight years, citing problems with “flooding, harassment, and a shift in city demographics.” 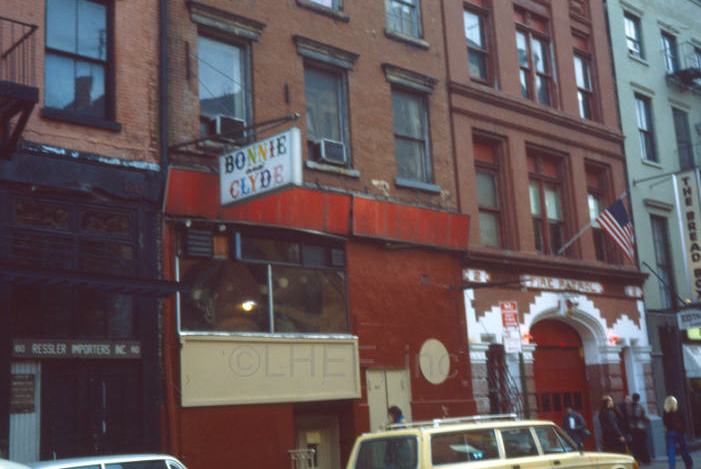 Bonnie and Clyde’s existed on West 3rd Street from the ’70s through the mid-1980s. Photo: The Lesbian Herstory Archives.

Financial concerns may dominate the conversation, but the rise of Internet dating has also contributed to the decline. As Michael Ruiz at CityLab writes, “with forums for communication now accessible from anywhere with WiFi, lesbian bar patrons can go wherever they want.” At one point in history, lesbian bars were often the only place to meet lesbian people. Thanks to OkCupid and Tinder, I can now engage in painful banter with single, thirty-something lesbians—all from the comfort of my home. Great!

You can’t blame the Internet for everything—assimilation plays a role as well. Over three years ago, June Thomas at Slate argued: Once upon a time, gay bars were the only venues where gay people could let down their defenses. Now, at least in urban centers, gay men and lesbians feel safe in scads of straight restaurants and bars. Thomas’ argument has merit, but it doesn’t obviate the need for safe spaces. While certain factions of the queer community enjoy greater acceptance and visibility, anyone who has ever read a news headline knows that homophobic violence remains. So does casual bigotry.

Kika Gilbert, a queer friend of mine who lives in Brooklyn (dubbed “the lesbian capital of the Northeast“), sees it on a daily basis. “The only obnoxious thing about living across from Ginger’s and having it be a real certified lesbian bar,” she says, “is all of the comments that people make as they walk by. I don’t think I’ve ever been able to enter there or walk by without someone (men and/or women) making a joke about lesbians.” (Frayne’s response? “Oh yes, I hear it all the time, too.”)

For others, assimilation or gentrification isn’t the issue—it’s the word “lesbian” itself. Many Gen-Xers grew up before the word queer came into play—when lesbian and gay were the only semi-acceptable non-heteronormative options allowed. But not everyone identifies that way. For some, these labels–and these bars–can feel outdated, even unwelcoming. As Nicole Gitau, a 31-year-old who identifies as queer and lives in Park Slope, told me, “I think there’s been a move toward queer parties because they are frequented by a younger generation that’s just not as interested in these exclusive (gay/lesbian) spaces . . . The same separatist politics that are responsible for the rise of lesbian and gay bars also often uphold racist, misogynist, classist, and transphobic ideologies.“ She compares the exclusivity of gay/lesbian bars to the Michigan Womyn’s Music Festival, which has historically shunned the trans community. 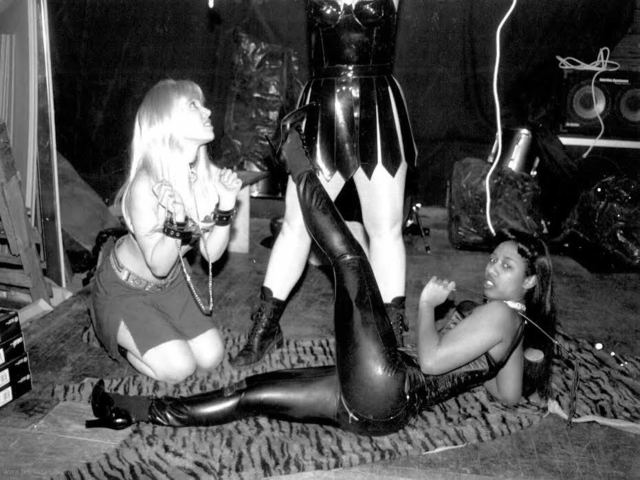 Nearly everyone I spoke with had complicated feelings about New York’s lesbian bars. But no matter what their concerns were, one emotion dominated nearly all our conversations: grief. At one point, lesbian bars were the church of the lesbian community. They were the spot you met your friends. They were place you organized your ACT UP meeting and found your partners. They felt physical and real in a way that all of the brilliantly diverse Internet communities out there maybe just can’t.

It’s hard for me to claim this grief, but these bars matter to me, too. I came of age during the late 2000s, attending queer parties like “Choice Cunts” and “That’s My Jam.” I loved those parties, and continue to drag my body out of bed every Brooklyn Pride to attend ones like it. The city has its share of queer coffee shops and community centers. But I’ve always wished that there could be more physical meeting spaces where I could meet actual living, breathing! queer people. I wouldn’t have to check whether it was Wednesday night at The Woods or Friday night at Monster. I’d just show up, and there they’d all be. [Ed. note: To make it easier to find said parties, we’ve got a list of them here.]

I spoke with six individuals who have been deeply involved in New York’s queer bar scene at some point in its history. They ran bars, hosted parties, poured drinks. Everyone has a different perspective on how the community has changed, whether it’s cause for mourning, or moving on.

Leave a Reply to HOT RABBIT