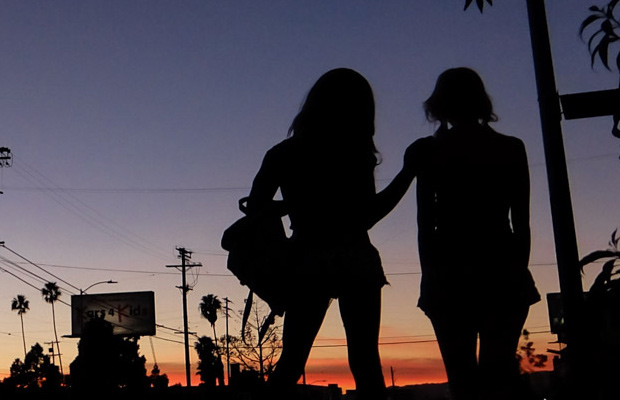 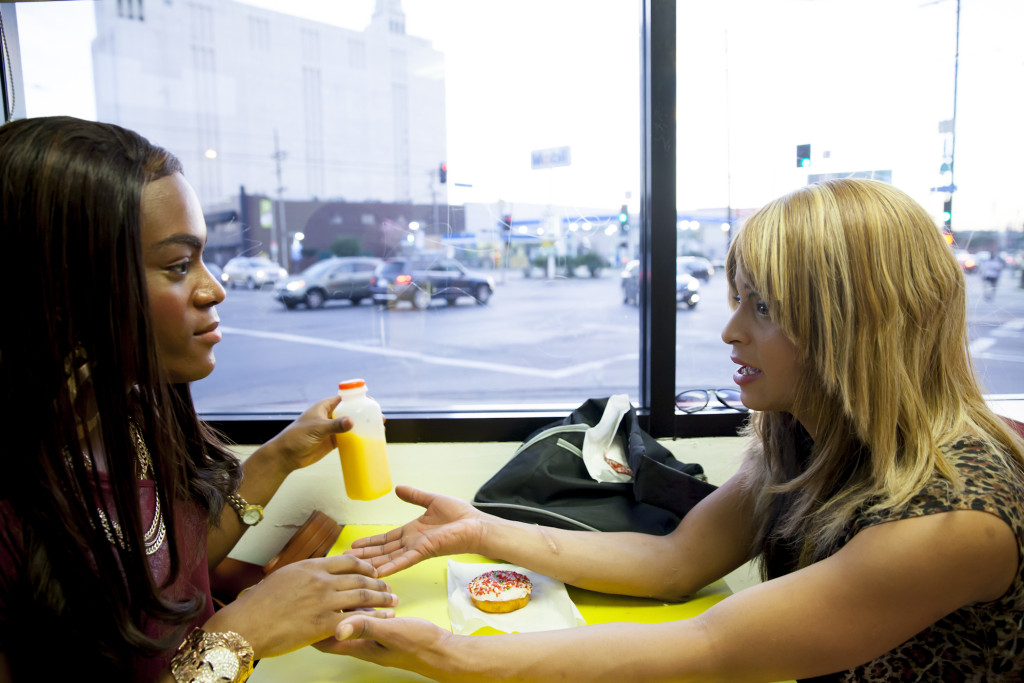 A hit at Sundance, and the closing night film of BAMcinemaFest this Sunday, Tangerine was shot on an iPhone using an $8 app. Photo: Magnolia Pictures

In a season of shockingly boring futurescapes, CGI dinosaurs and dull comic book reboots, in an era where television is killing the film business, Tangerine, which was shot entirely on an iPhone and closes BAMcinemaFest on Sunday evening, may restore your belief in the big screen.

It takes approximately two minutes to set the fairly minimal plot in motion–Alexandra (Mya Taylor) and Sin-Dee (Kitana Kiki Rodriguez) are best friends and roommates, both transgender prostitutes living and working in a particularly unlovely corner of Hollywood. Sin-Dee, fresh off a month-long stint in jail, hears that Chester, her boyfriend/pimp, has been cheating on her and sets out to find him. What follows are 85 minutes of pure exhilaration.

Tangerine rides along on a taut energy akin to what gives the last 25 minutes of Goodfellas so much juice and made Run Lola Run an unexpected indie hit. The soundtrack functions similarly, too–Sin-Dee seems to emit the chaotic thrum of the music as she stomps around town, searching for Chester, the interior sound of her righteous fury leaking out into the world.

Alexandra and Sin-Dee both have girlish, sentimental dreams–Alexandra spends much of the film imploring friends and acquaintances to come and watch her perform at a local bar that evening, while Sin-Dee wants nothing more than to establish that she and Chester are indeed boyfriend and girlfriend. Tangerine on a whole though, could not be less of a sentimental film. It’s too funny for that. Sin-Dee’s mix of coquettish teenager and loudmouth hothead is the perfect foil for Alex’s wry humor. When Sin-Dee shows up with the woman Chester has been cheating with, who she’s dragged across town on the bus, Alex deadpans, “You didn’t have to Chris Brown the bitch.” In another movie, level-headed Alexandra would be attending community college or might have some real shot at a music career. Instead, she cultivates decent regulars, sweetly saying to one as they pull into a car wash for privacy, “This is becoming our favorite spot, I think.”

What follows is a sex scene unlike any you’ve likely watched before, which is both creative and uncomfortable, much like the world of the movie itself. Tangerine can be hard to watch in moments. It may be filled with trans people playing trans characters, but these ladies do not want to be called Caitlyn. They know that their wigs are cheap and their boobs are fake, and they’re uninterested in how to use pronouns in a way that is respectful to all modes of gender identity. For Alex and Sin-Dee, biological females are “fish,” and the single most-used word by either of them and pretty much everyone else in the film is “bitch.” There are however, uncrossable boundaries–when another character refers to Alexandra’s performance as a drag show, both she and Sin-Dee set that fish bitch straight in no uncertain terms.

Filmmaker Sean Baker shot the movie on an iPhone 5, using a steadycam set-up, special lenses and an $8 app. The result is a gorgeous, super color-saturated movie filled with frenetic but clear action. He consulted with Taylor, whom he had met at a LGBT community center, to build the basics of the plot around a Hollywood corner notorious for drug use and prostitution. Baker and Taylor have both said that they wanted a movie steeped in realism, but also in fun, and with Alexandra and Sin-Dee they’ve succeeded. There’s no manipulating the audience to feel sorry for these ladies because they don’t feel sorry for themselves.

Tangerine is not trying to argue that being a transgender prostitute is awesome and easy, it’s just saying, this is Alex and Sin-Dee, take them or leave them. It’s all far more vital without a maudlin narrative of self-improvement toward some set of middle class values that would ultimately serve to set the audience at ease rather than fully realize a set of life experiences that we rarely see on screens of any size. And in a dust up between Sin-Dee and Indominus Rex? Watch out Indominus.