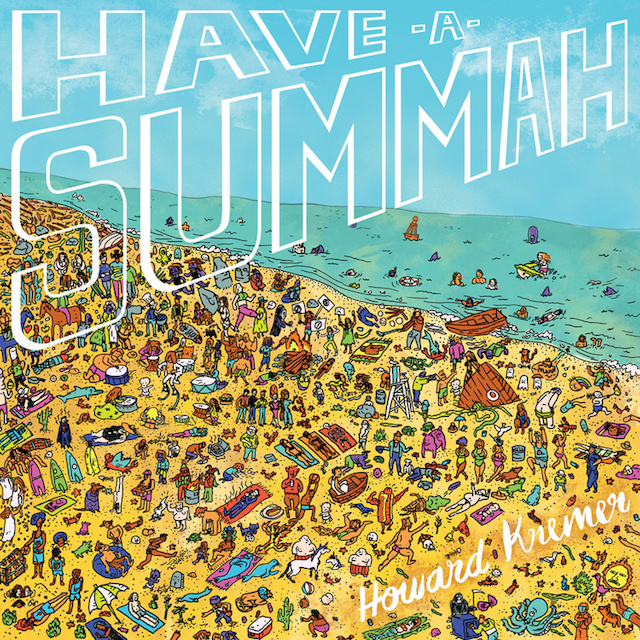 Beat the heat with a movie that doesn’t require you to follow a plotline at Nitehawk’s midnight Snakes on a Plane screenings this weekend. Photo: New Line Cinema

This summer is getting steamier, and what we all need about now is lots of ice water, some kind of air circulation system on the subway platform, and a list of fun things to do to take our minds off the oppressive heat. We’re here to help you with the last bit of that equation, with a roster of events going on this week that is guaranteed to perk up the most wilted flower.

Hopefully, you are already planning on joining us on Saturday afternoon for our sure-to-be-awesome Total Bay Ridge Immersion, a neighborhood crawl where $25 buys you four Brooklyn Brewery beers, lunch and other great deals from Bay Ridge businesses, but if you haven’t bought a ticket yet, there’s no time like the present! Brokelyn will be at Lock Yard with us, too, selling their South Brooklyn Beer Books so you can double your fun. And if you’d like to bike to the Immersion, you can get 20% off a rental at Get Up and Ride in Williamsburg with the code brooklynbased (yes, it will be an epic ride, and yes, we encourage you to pace yourself on Saturday so as not to bike home buzzed). We’ve got more sweet deals that will inspire you to try something new in our email, so if you’re not a subscriber, be sure to sign up.

This week also marks the return of the annual Prospect Heights Music and Arts Festival, a showcase of live performances by more than 75 local bands and musicians organized by The Way Station that starts today (Wednesday) and runs through the weekend. Check out the extensive lineup here and start thinking about the sets that you want to see– each is doable for the cost of a $5 suggested donation.

Maybe we should retitle this column Your Dog’s Ideal Week, because there are some pretty awesome canine-centric activities to highlight, including Saturday’s Second Annual Doggy Fashion Show at Freddy’s Bar. From 5-9pm, the stretch of 5th Ave. in front of Freddy’s will be closed to traffic and open for adorable puppies in costume parading down an actual runway. As with all things related to Freddy’s, there will be drinks, live music, and comedians, and we’re just sayin’ that it might be a cool stop on your way home from the Bay Ridge Immersion. . .  Don’t tire your furry best friend out too much, though, because he or she should be in top form for Sunday’s BarkFest 2015, a daylong party in Williamsburg featuring a dog waterpark, agility courses, a beer garden, and dog-friendly LED fireworks. Cat people need not despair because this weekend The Muse is hosting multiple performances by The Amazing Acro-cats, a show featuring over a dozen clicker-trained cats who can walk tightropes, ride skateboards, turn off the lights, and even play in a band.

Sometimes all you want on a hot day is to be transported by a good movie, and while Snakes on A Plane is certainly not that, it would be pretty fun to catch a midnight showing of the delightfully dreadful B-movie disaster on the big screen at Nitehawk this weekend. In other film news, the Alloy Orchestra is providing a live score for The Son of the Sheik, a 1926 Rudloph Valentino vehicle, this Friday night in Prospect Park, and for something even more unusual, you can catch an evening of shorts made by the talented filmmakers at FilmShop, all focused on the theme of “strange bedfellows”at Williamsburg Music Hall on Saturday night.

Summer is a fleeting thing, folks, so make sure you get out there and enjoy it–sweat stains and sunburns be damned! Here are a bunch more fun ways to bide your time while you’re thinking about where to score your next A/C fix:

We’re right in the middle of July, so what could be more appropriate than a comedy show from the biggest fan of summer there is: comedian/podcaster/musician/writer Howard Kremer. You may know Kremer from his appearances on Comedy Bang Bang or his own ultra-popular podcast, Who Charted?, but he is also credited with starting an international movement called “Have a Summah,” which has spawned events, parties, and multiple albums dedicated to getting the most out of his favorite season. Catch the L.A.-based Kremer– and get psyched up to have your own best summah– when he makes a rare trip to The Bell House on Thursday night. Tickets are $12 if you buy them online and $15 at the door, and the show starts at 9pm with an opening set by rising star Joe Zimmerman. –K.H. 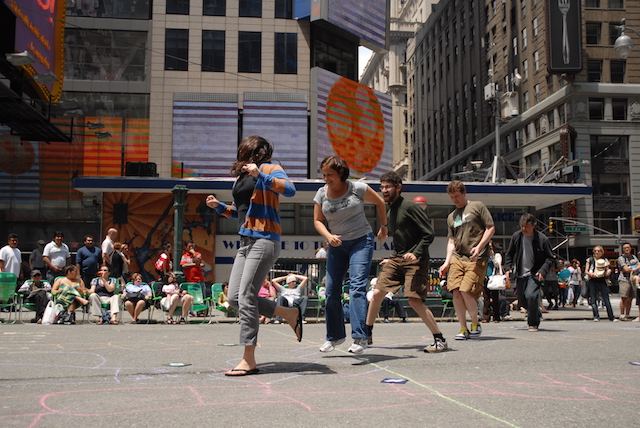 Ten years after its debut, Come Out & Play After Dark, a free interactive festival of social party games, large physical video games, and street games, returns to New York City this weekend. The fun will hit DUMBO starting at 7 on Friday night with games like RainboDisko, which requires players to place as many game pieces on a spinning record player as they can, and Territory Dumbo, which is billed as Capture the Flag meets Risk. Although participation is 100% encouraged and totally free, the games are first come, first served and you’ll need to sign up in the Manhattan Bridge Archway Plaza. And if you can’t make it, don’t worry: Come Out & Play continues into the weekend with a Field Day and Family Day on Governor’s Island on Saturday. Check out the website for a full rundown of events and remember, have fun with it! –N.R. 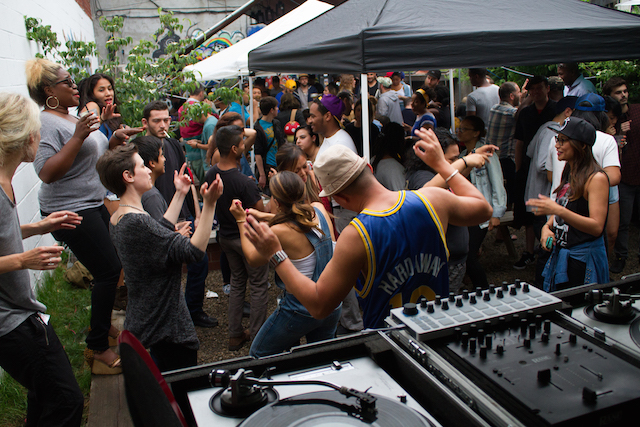 Missing the West Coast? Then head to Str8 West Coastin’, Brooklyn’s homage to all things Pacific Standard Time, for the next best thing to a flight to Cali. This Saturday, the party will make another stop at Bed-Stuy’s Project Parlor, where transplants and non-West Coasters with a West Coast vibe will be treated to an evening of West Coast rap, BBQ, dominoes, and San Diego-style burritos—that means carne asada, guac and french fries—straight from neighborhood staple Lucha Lucha. DJs Still Life, Eleven, Darling Chuck, and Meka will be on deck spinning tunes and admission is free. Doors open at 2pm and if you miss this one, the third and final party will be held Saturday, August 15. –N.R. 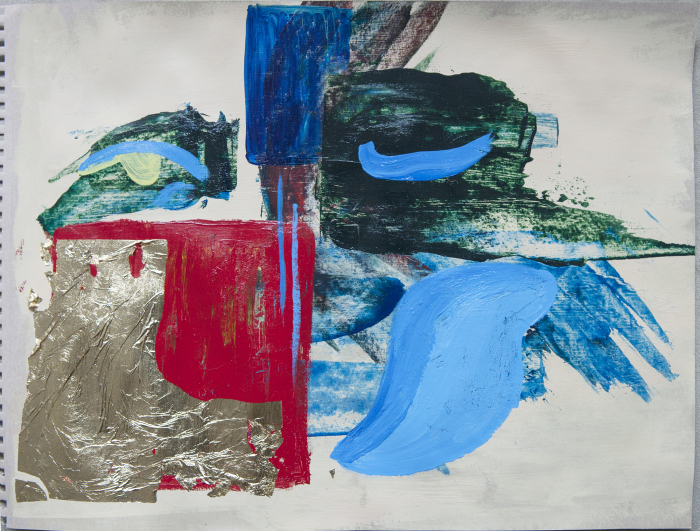 A summer Sunday when half the people you know are out of town is the perfect opportunity to explore a new neighborhood or refamiliarize yourself with some well-trodden stomping grounds. This Sunday, at the First Annual Art Stroll on Hancock Street between Ralph and Patchen Avenues, you can check out a friendly block party deep in Bed-Stuy and dig into the local creative scene. Nearly twenty artists and makers from the neighborhood, including Gionna and Mia from A Shop of Theives, Zenitra Pinkney, and Laura Bluer, will be displaying their work, and there will also be live music and food from vendors like the nearby and newly-reopened Bread Love. Swing by for a stroll anytime between 10am and 6pm, and maybe you can cap off the day with a memorable dinner at Willow, the new Bed-Stuy spot that our own Brendan Spiegel said was the best restaurant he ate at in Brooklyn this year. –K.H. 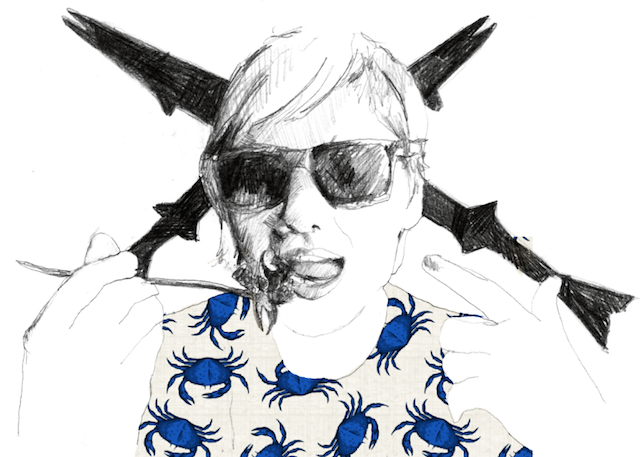 I’m sure it’s possible to get through the summer without experiencing a legit crab boil, but why test that theory out, especially when Crown Heights’ favorite bar/bakery, Butter & Scotch, is making it so easy to get all the crawly crustaceans you can handle at this Monday’s Bon Chovie BadAss Blue Crab Boil. Chef Renae Holland, who is known for the awesome fried anchovies she peddles at Smorgasburg, will be slinging Maryland blue crabs, corn, sausage, and potatoes for just $35 per person during two seatings at 6pm and 8:30pm. Other seafood-forward delicacies like Scratchbread sourdough with anchovy butter, Caesar salad with boquerones, and squid ink mac & cheese will be available for purchase, along with homemade shandy, Old Bay bloody Marys, and house-made dessert specials. Tickets for table seating are almost gone, but there’s still room to sidle up to the bar and enjoy a midsummer meal that you’ll remember fondly long after the seasons have changed. –K.H. 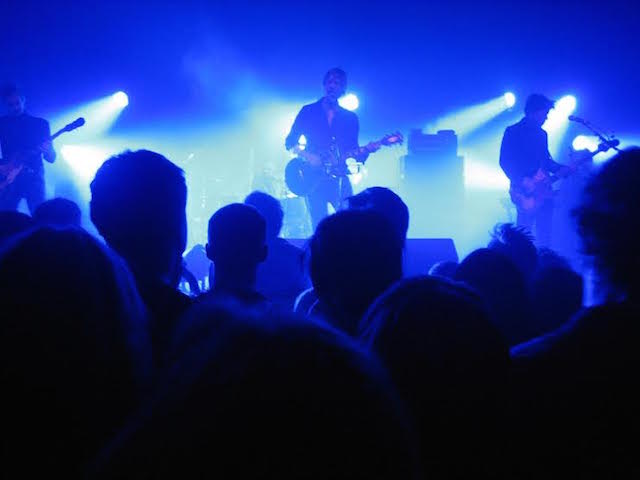 Free concerts are great, but maybe it’s time to show your support for Celebrate Brooklyn by buying a ticket to its second benefit concert of the season, featuring NYC’s own Interpol. Photo: Plaskowski

If you’ve enjoyed BRIC’s completely free Celebrate Brooklyn! concert and film series or simply want to support the organization’s continuing efforts to bring amazing summer programming to the Prospect Park Bandshell, you should consider buying a ticket to Tuesday night’s benefit concert featuring indie rock band Interpol. The show will open with a performance by Cosmicide (a project of former Secret Machines member Brandon Curtis) followed by an unforgettable show from one of New York City’s most beloved hometown bands. Tickets are $35 and the money is a great investment in BRIC’s future. Gates open at 6pm.–N.R. 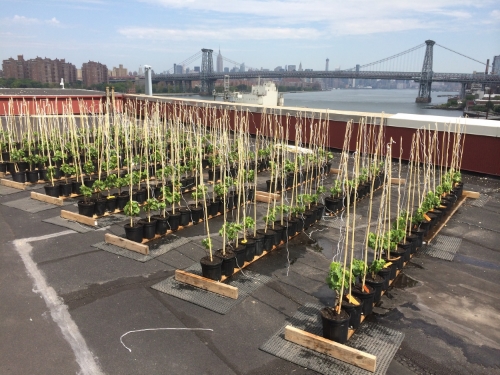 Wednesday, July 22
Rooftop gardens are old news, but did you know that Brooklyn now has its first official, Kickstarter-funded, rooftop vineyard? Rooftop Reds is already growing vines in special urban planters in its 14,000 square foot space in the Brooklyn Navy Yard, but the yield won’t be ready for harvest until sometime next year. In the meantime, they are selling wine made from grapes grown up in the Finger Lakes in shops around the borough, which will be used to make special cocktails to toast the new and ambitious endeavor at Wednesday night’s Rooftop Reds Launch Party and pig roast in Kings County Distillery’s garden event space. A $35 ticket buys you one previously-mentioned wine cocktail, all-you-can-eat pork sliders, and a selection of sides to choose from. Cocktails made from the Distillery’s whiskey will also be available for purchase. The party starts at 6pm, so be sure to get out of work early to maximize your time at this unique summer celebration! –K.H.