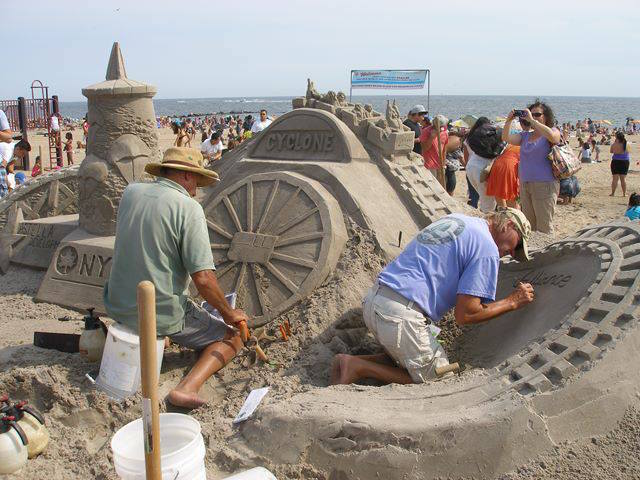 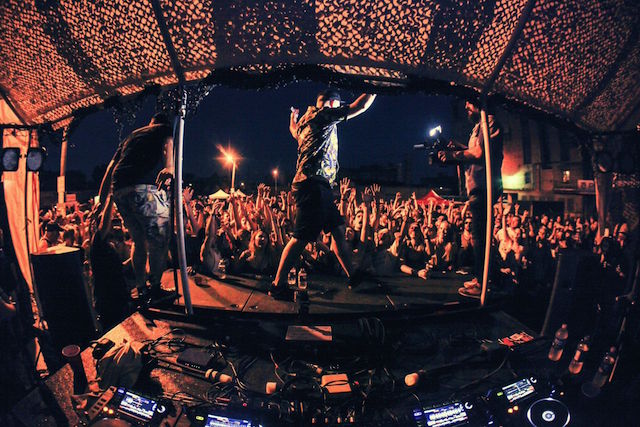 Another mid-August week in Brooklyn means lots of peeps will be out of town and you’ll be able to hit up all your favorite spots without lines, long waits, or reservations made months in advance–take advantage and head over to that new restaurant you’ve been dying to try. If you’re drawing a blank, we’ve got lots of suggestions. Rather drink your calories? No prob–you can sample a slate of craft brews and artisanal vino (40-50 varieties!) at the Third Annual Tap & Cork Brooklyn Beer and Wine Fest in Bed-Stuy on Saturday from 2-8pm. Tickets are $20 and include 15 drink tickets, plus access to a cash food bar and music. For even rarer quaffs, Saturday also brings the Brooklyn Homebrew Takedown to Hill Country from 1-3pm–buy a ticket here and you can help decide which homemade suds are the tastiest.

On Sunday, SF-based label Dirtybird returns to Brooklyn with its grill in tow for another Dirtybird BBQ. This year’s lineup includes Claude VonStroke, Justin Martin, Shiba San, J.Phlip, Kill Frenzy, and a little special guest known as Slick Rick (NBD). Tickets are available here and the party starts at 2pm.

Feeling acquisitive? You can load up on new stuff with a lot less guilt by taking advantage of National Thrift Store Day, which is being celebrated at second-hand shops citywide on Monday. Some of our favorite sources of clothes, furniture, tchotchkes, and other random yet awesome crap are participating, including Build It Green!NYC, Beacon’s Closet, Housing Works, Recycle-A-Bicycle, and more. Get out there and shop til you drop, and read these pro tips before you go.

It’s not all about perusing the racks, though–read on for more suggestions of what to do with Your Ideal Week: 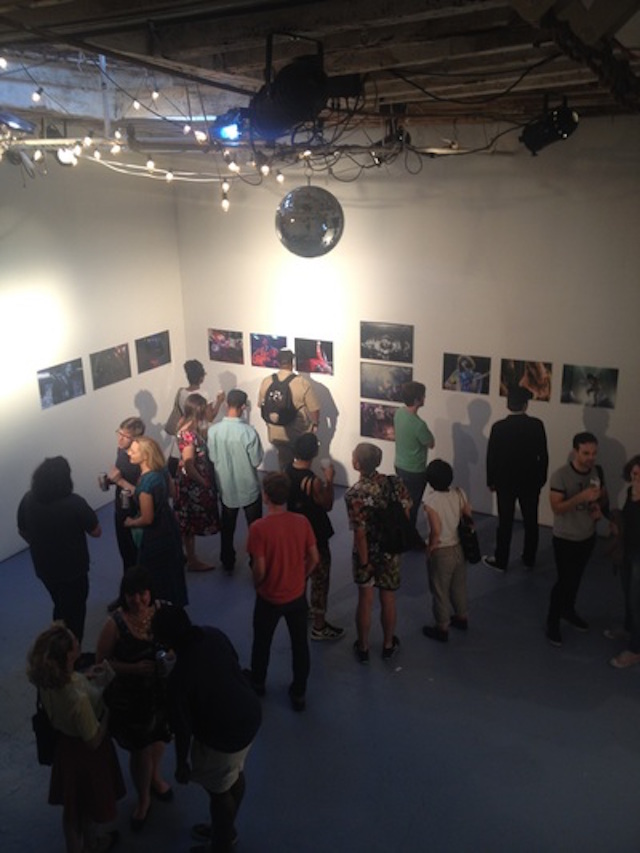 Head to Cloud City for free booze and a photography show as part of the Pre-Brooklyn Comedy Festival Party on Thursday night. Photo: Cloud City

The weeklong Brooklyn Comedy Festival returns on August 24 to venues all over the borough, with a jam-packed schedule of performances, panels, screenings, games, and parties featuring rising standup, improv, and comedy writing stars. Most of the events are free and don’t require advance registration, so it’s a pretty low-key way to get a giant dose of laughs. This Thursday night, ramp up to next week’s revelry at the BKCF Pre-Festival Fine Arts Show and Party at Cloud City from 6-11pm. Works by C+C Mini Factory, who won this year’s Shorty Award for Best Instagrammer, comedy photographer Erin Nekervis, and other artists will be on display, and there will be free beer, whiskey, and wine to help take the edge off the long work week that’s almost over! Admission is free but you should rsvp via the BKCF’s Facebook page. –K.H. 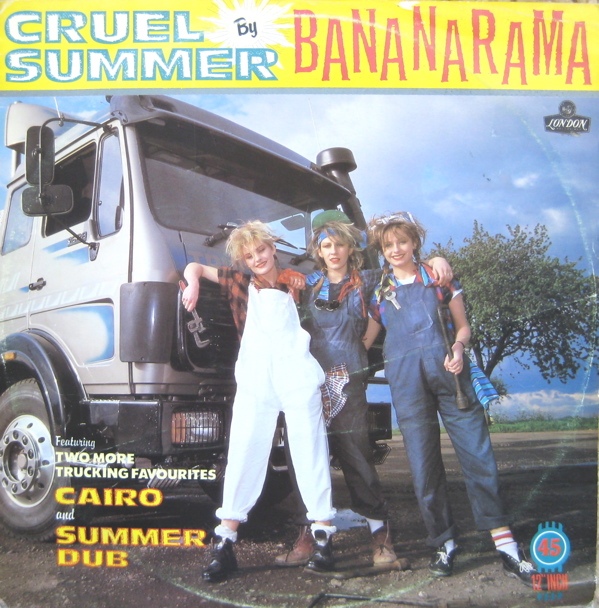 Awesome 80s cover band The Engagements will be belting out the best 80s hits at The Skint’s Cruel Summer dance party Friday night.

On Friday night, embrace your inner valley girl (or guy) and dance the night away to hits from the decade of excess at The Skint’s Cruel Summer 80s Dance Party at The Bell House. Starting at 8pm, awesome 80s cover band The Engagements will be performing two sets of all the best jams by Madonna, Michael Jackson, Hall & Oates, The Cars, Journey, and more. Steve Reynolds, a former radio DJ from the 80s and 90s and the creator of Party Like It’s 1999, will be rounding out the evening’s soundtrack, so fire up the crimping iron and make sure all your acid washed laundry is clean– it’s going to be totally rad! Tickets are $10 and are available here. –K.H.

No summer in Brooklyn would be complete without the Annual Coney Island Sand Sculpting Contest, a classic beachy tradition that is now in its 25th year. Starting at 11am, semi-professional and amateurs sculptors will spend the day making mountains out of sandy molehills and molding ambitious, one-of-a-kind creations in hopes of winning cash prizes and a bit of local prestige. Online registration for sculptors is closed, but there will be a chance to snag a spot on the day of, so arrive early if you’ve got a vision for the winning entry. If you just want to see others in action, head down to the boardwalk near Wonder Wheel Park and watch the sandy masterpieces take shape. Donations made to this year’s event will support the ongoing Sandy cleanup in Coney Island. –N.R. 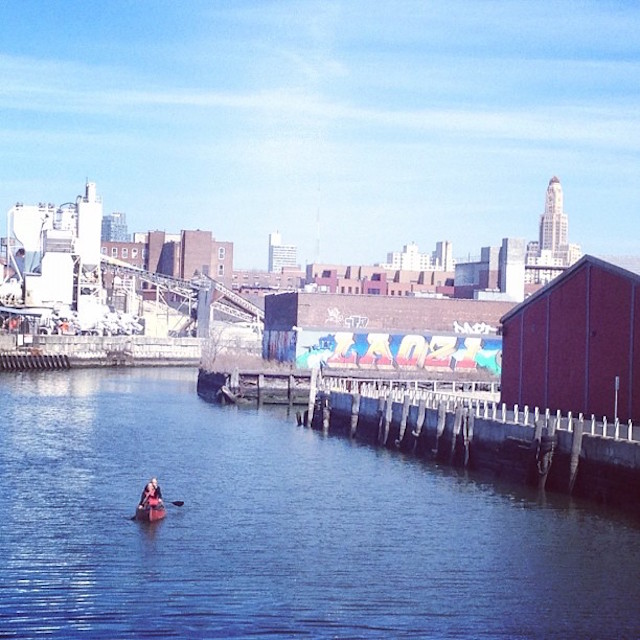 Keep the nasty waters of the Gowanus where they belong by devoting your day to Saint Florian, the patron saint of flooding. Photo: Kate Hooker

The poor Gowanus Canal, always reviled, always the butt of jokes, always having its STD status splashed all over the blogosphere. Maybe it’s time for all of us who spend time in the fetid waterway’s environs to dial down the mockery a little, lest we risk angering the Gowanus gods who manage to keep the toxic sludge confined (for the most part) to the canal’s banks and away from our bridges and roadways. Even better, this Sunday we can make a direct appeal to keep us safe to none other than the patron saint of flooding, at the first annual pageant and procession in honor of Saint Florian. Starting at 2:30pm, a procession involving a papier mache effigy of Saint Florian will make its way from the Morbid Anatomy Museum to the Royal Palms, where guests will be able to play complimentary shuffleboard, drink special $4 “Gowanus Canal Juice” cocktails, and be entertained by a variety show featuring short acts inspired by the radioactive riviera put on by historians, scientists, urban explorers, musicians, comedians, sword swallowers, and more. –K.H. 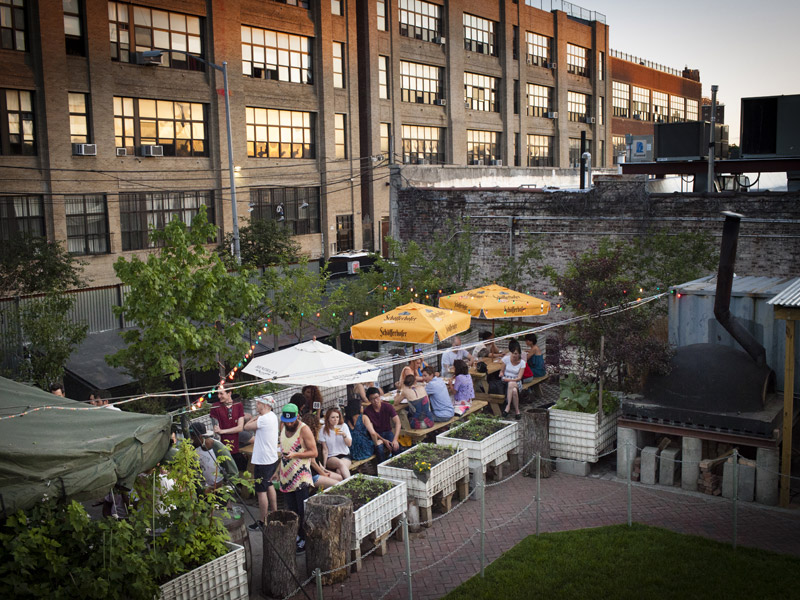 We might live in a concrete jungle, but New Yorkers enjoy a proper cookout as much as anyone who can call outdoor space that isn’t a fire escape landing their own. And a cookout put on by the culinary masterminds at Roberta’s Pizza, in their famous garden? Not to be missed! This Monday evening, the Bushwick institution will be throwing a swanky pig roast, featuring an entire heritage hog, starting at 7pm. Handcrafted wine distributor Zev Rovine will be on hand to create perfect wine pairings while attendees enjoy a four-course meal and treats from Roberta’s in-house bakery. Tickets are $95, which covers the whole meal, alcohol, and gratuity. –N.R. 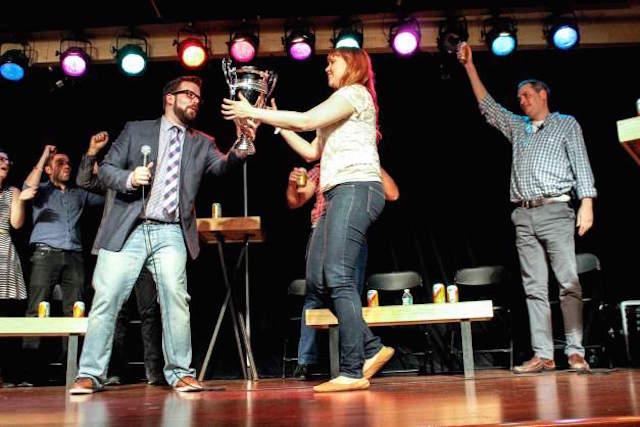 Improv competition, beer, and a trophy at stake make for a fun Tuesday night at BeerProv. Photo: BeerProv

Forget UCB (at least for tonight): If you’re looking for some good laughs and a whole lot of beer, head to Littlefield on Tuesday night for this month’s installment of BeerProv. Hosted by Canadian expat and improv expert Jim Robinson, the show brings together some of the best and brightest names in NYC improv for a musical chairs-style improv performance, in which audience members get to vote to eliminate comedians until one BeerProv champion is left standing. (In other words, the show gets funnier and funnier with every skit.) This month, a host of improv veterans from Second City, iO Chicago, and UCB will compete for a drink from the BeerProv Mug of Champions, including Mark Erenstoft (Avenue Q), and Lorraine Cink (Marvel’s The Watcher). Tickets are $10; doors open at 7:30pm. –N.R. 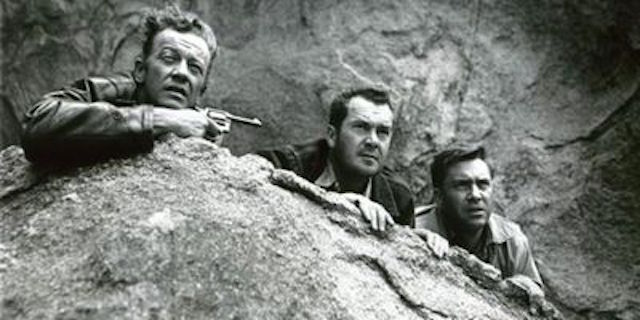 Sign up now for free Film Noir screenings, like Ida Lupinos The Hitchhiker, at the Wythe Hotel Cinema on Wednesdays for the next few weeks. Photo: The Hitchhiker

Instead of continuing to complain over and over again about how terrible movies have gotten over the past decade or so, maybe it’s time we all took some time to revisit (or, in some cases, visit for the first time) some enduring examples of great film that remind us how powerful the medium can be. Night of Noir, a new weekly series at The Wythe Hotel Cinema, is a good opportunity to reconnect with rare, effective noir movies from all over the world.  In addition to screening a different title every Wednesday at 8pm, the program includes discussion panels with expert critics who will help you understand the techniques and tricks of the trade that make for an effective film. This week’s screening of Akira Kurosawa’s High & Low is already sold out, but we wanted to make sure you registered now for one of the other upcoming movie nights, which include Fritz Lang’s “M” and Ida Lupino’s The Hitchhiker, and are completely free to attend. –K.H.