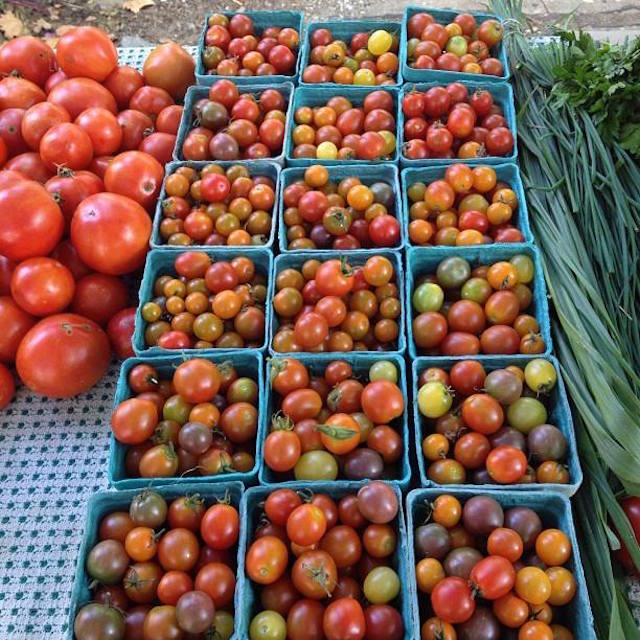 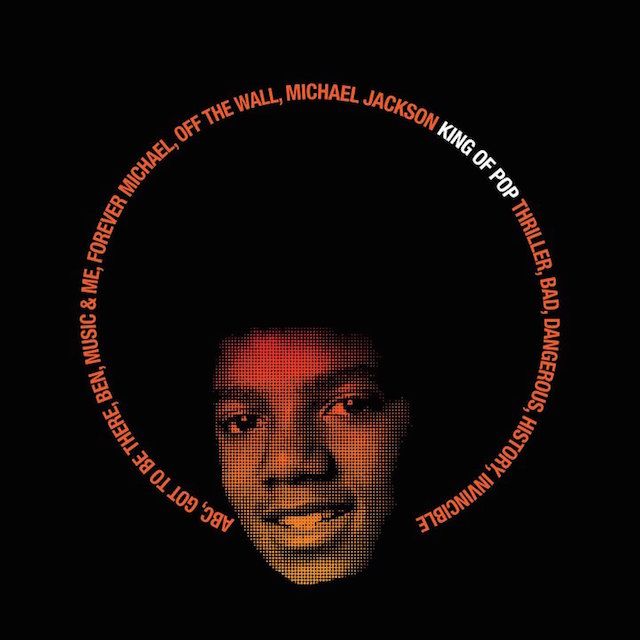 As we head into the last gasp of summer before Labor Day signals the return to the real world, people are finally back from vacation and trying to cram everything in before school starts and your job gets judge-y about your casual start time and creative interpretation of what constitutes professional attire.  There’s loads of awesome stuff happening all over the place this week, so take advantage of the long hours of daylight and get out there and do it– you won’t be sorry when the furious hoarfrost returns in a few months.

You have the Brooklyn Comedy Festival to thank for the slew of standup and improv shows popping up at various venues throughout the borough this week. One of our top picks is the special BKFC edition of Late Night Basement, Chris Rose’s live monthly talk-show-style act that was crowned the city’s best comedy show by New York Magazine earlier this year, at Public Livestream on Friday night. The all-star lineup includes Heems of Das Racist fame, the ladies behind Be Here Nowish, Seaton Smith, and Dan Soder, and not only is the show free, but it boasts $3 beers from Sixpoint.

You should really rest up for Saturday though, because there’s so much going on that you might want to double or triple up. In addition to the debut of the Waku Waku Japanese pop culture fest (see below), the day brings several parties to celebrate Michael Jackson on what would have been the pop icon’s 57th birthday. Spike Lee is throwing his perennially popular Brooklyn Loves Michael block party in Bed-Stuy, but this year it’s being combined with the official unveiling of Do The Right Thing Way, the stretch of Stuyvesant Avenue between Lexington and Quincy that was recently renamed in honor of the 25th anniversary of Lee’s influential film. Spike doesn’t have the block party market cornered though, as Clinton Hill’s annual Brooklyn Bazaar is back for another day of beats, bites, art, and fun taking place along Lexington Avenue. They’re also hosting their own tribute to MJ–a best dressed Michael Jackson competition with a cash prize–so you don’t even have to change your outfit.

You can keep the 80s style grooves going into the night at Brokelyn’s 80s Splashback Party, which represents the first-ever adults-only takeover of the splash pad at the LeFrak Center in Prospect Park. Lola Star’s Dreamland roller disco will be rocking its hair metal night dance party on the rink, while the good folks from Brokelyn will be hosting water gun fights, games, drinks, and a summer raffle at the mini water park starting at 7pm.

Get a little dark on Sunday at Morbid Anatomy’s Summer Flea Market, which is hosted by the Bell House from noon to 6pm. A variety of vendors will be on hand to hawk unusual wares like taxidermy, “artful bones,” curious antiques, and insect shadowboxes, so the market is where it’s at if you’re into that stuff. Incidentally, my septuagenarian mother recently fulfilled a lifelong dream by taking a skunk taxidermy class at Morbid Anatomy (don’t ask, she’s an artist) and trust me, that place is worth a visit if you still haven’t been.

For plan-ahead purposes, if you were captivated by the Wikileaks story and its implications for journalism and government secrecy, you’ll probably want to pick up tickets to another Bell House event happening on September 8. To celebrate the release of his new book, The Wikileaks Files: The World According to U.S. Empire, award-winning journo Jeremy Scahill will be joined by none other than Julian Assange (via live video feed) for a conversation and Q&A. If you buy a $10 ticket, you’ll go home with a free copy of the book.

We’ve got lots more in store for you during this Ideal Week, though, so read ahead for our favorite ideas of how to keep yourself busy in the seven days that are stretched out ahead of you: 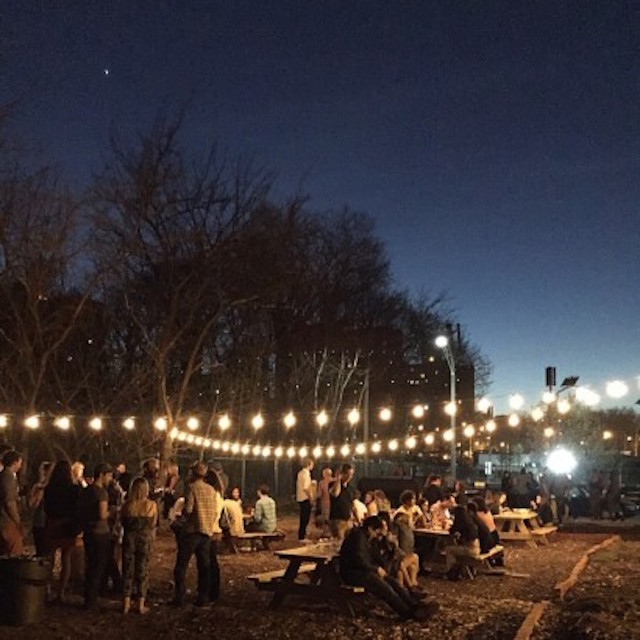 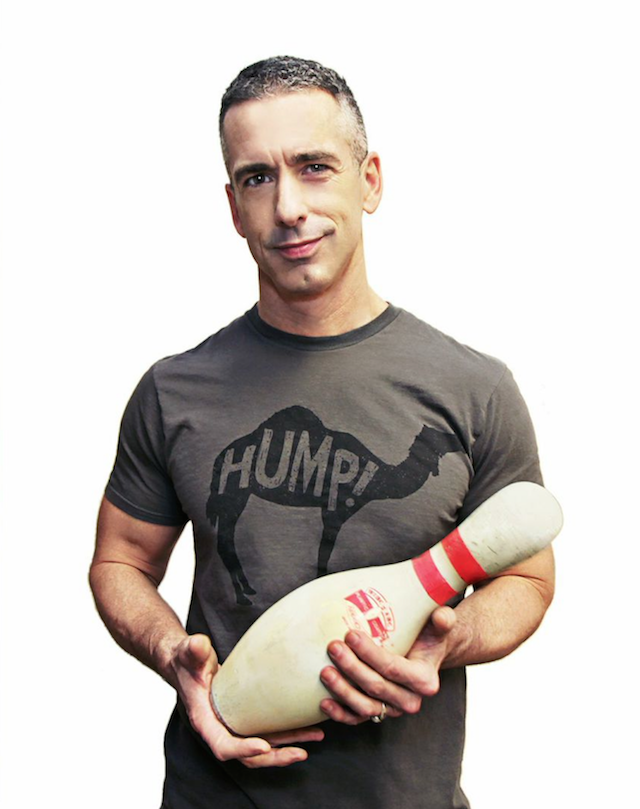 Fashion designer Haruka Kurebayashi is just one of many guests that will celebrate Japanese pop culture at the first ever Waku Waku Festival taking place this weekend. Photo: Waku Waku

Whether you’re a full-fledged Japanophile or just a casual admirer of the culture, head to Greenpoint and Williamsburg this weekend for the debut of Waku Waku, a new festival dedicated to all things Japanese. Starting at 10am on Saturday morning, drop by participating venues like the Wythe Hotel, Verboten, Brooklyn Expo, Transmitter Park, and Brooklyn Bowl to explore everything from fashion shows, food, art, live music, anime/manga panels, cosplay contests, gaming workshops, and autograph sessions with special guests like J-Pop songstress Yun*chi, fashion designer Masumi Kano, and stars from Dragon Ball Z, including screenwriter Takao Koyama and voice actor Justin Cook. Tickets are $45 for one day and $65 for two, and VIP access to everything is $250. Check out the full schedule of events here before making your plans. –N.R. 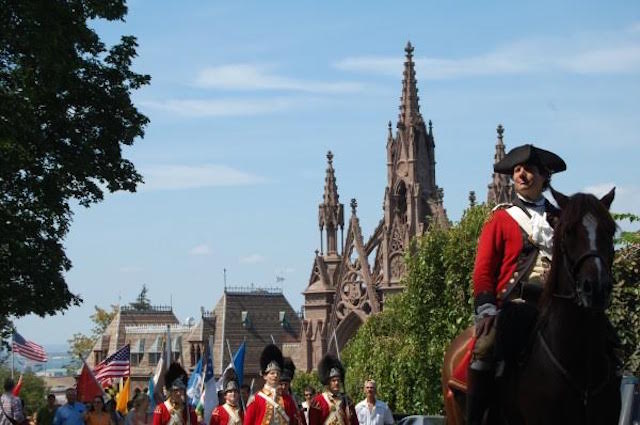 Our very own Green-Wood Cemetery is home not only to koi ponds, the remains of Basquiat and Leonard Bernstein, and the highest point of elevation in Brooklyn– it’s also the site of the Battle of Brooklyn, the first battle of the Revolutionary War to take place after the signing of the Declaration of Independence. The battle took place this week in 1776 and, incidentally, could really use some help with its Wikipedia page. To celebrate the 238th anniversary of this historic event, the cemetery is hosting a day of special events on Sunday, including colonial cooking, reenactments, canon fire, and a parade to Battle Hill, complete with military marching band accompaniment. Admission is free, but you should register in advance. On your way to or from the festivities, grab a pick-me-up iced coffee at the Barnyard Flea and outdoor coffee garden in the vacant lot next to nearby Mary’s Bar. It runs all day, features a rotating cast of food and retail vendors, and is a friendly, laid back spot to cop a squat for a while and enjoy a sunny late-summer day. –K.H.

Is it just me or are these guys calling out to be part of a caprese salad? Learn how to make your own mozzarella at Brooklyn Grange’s LIC flagship this Monday night. Photo: Brooklyn Grange

My weekday dinner-making routine has gotten pretty lax lately: When it’s 90-plus degrees out, I’d rather don head-to-toe footie pajamas than turn on any heat-producing appliance in my apartment, and who is hungry for a big, hearty meal when you can’t stop sweating anyway? My go-to technique this summer has been to make a batch of this homemade ricotta for the week, and then spread it on toasted bread with olive oil, salt, and whatever sliced raw veggies I can find when I get home from work each night. But I’m thinking it’s time to expand my cheese-making repertoire with Monday night’s mozzarella workshop at the LIC Brooklyn Grange– who’s with me? Starting at 6:30pm, you’ll learn all you ever wanted to know about pasture-to-plate cheese production and get a lesson from the pros on how to make your own ball of delicious, fresh mozzarella. I see a lot of caprese salad dinners in my future. The evening will end as every evening should, with a tasting of aged cheeses (this selection provided by Duchess County’s Chaseholm Farm Creamery). Tickets are $45 apiece. –K.H. 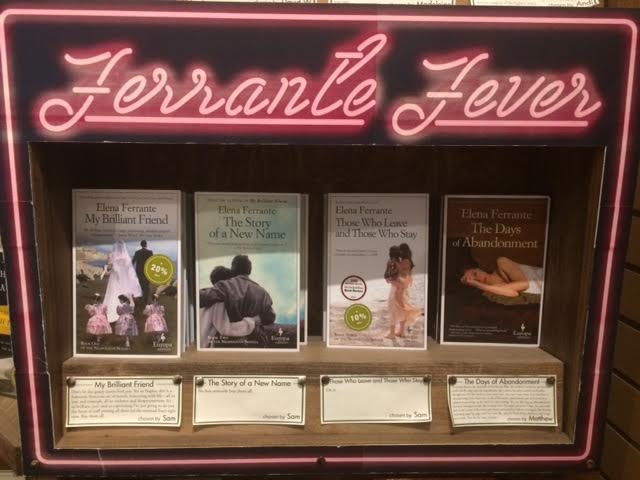 Attention Ferrantephiles: Bookcourt and Slate are teaming up for an event you won’t want to miss this Tuesday. Photo: Kate Hooker

I’ll always remember this summer as the summer of Ferrante Fever, or the time I tore through three hefty tomes plumbing the murky, starkly honest depths of a lifelong friendship between two smart and ambitious girls in 50s and 60s Naples and proceeded to talk everyone’s ear off about them nonstop ever since. If you love classic, character-driven literature (think Jane Austen with a lurid, jagged edge) and you haven’t yet read the three “Neapolitan Novels” by the mysterious and reclusive Italian writer Elena Ferrante that are currently available in English, My Brilliant Friend, The Story of a New Name, and Those Who Leave and Those Who Stay, do yourself a favor and get cracking. The fourth and final installment in the series, The Story of the Lost Child, is finally set to be released in the U.S. this month, and based on my conversations with fellow Ferrantephiles who range from my best friend to the bookstore clerk who sold me the third book to a variety of total strangers who saw me reading on the train and interrupted me to talk about it, the advance buzz is reaching epic proportions. This Tuesday, Bookcourt is welcoming the arrival of the highly-anticipated new volume with an evening of Ferrante-inspired conversation, debate, and trivia sponsored by Slate and moderated by a panel of Slate personalities, Ferrante’s translator and editor, and literary critics from the New York Times.The Ferrante Fest is free to attend but registering via Facebook is recommended. –K.H. 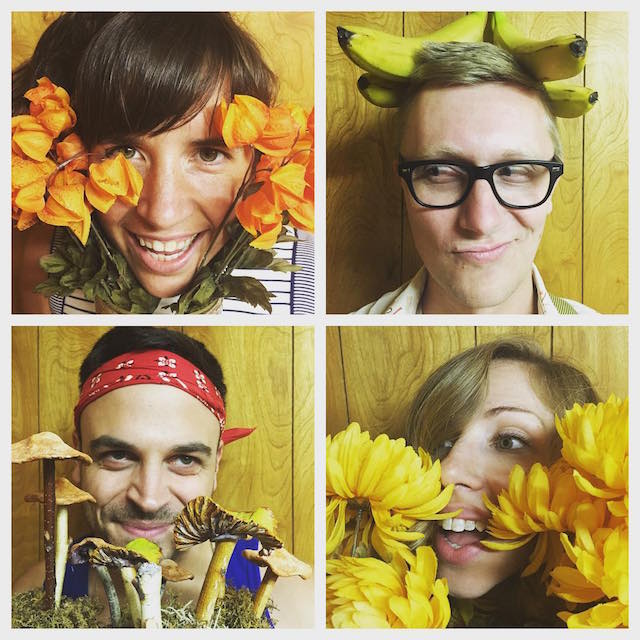 If you have not been to any of the Central Park Summerstage concerts this summer, don’t miss your chance to see local favorite and soon-to-be-national-favorite Lake Street Dive on Wednesday night. The band was featured in Rolling Stone not long ago and has even been given the official Stephen Colbert seal of approval. Singer Rachel Price is a rare talent to behold, with vocals that are at once brassy and silky smooth. She is accompanied by an upright bass, electric guitar, trumpet and drums for a sound that is breezy, appealing, and perfect for a cool end-of-summer night. But don’t call it jazz– Lake Street defines its own sound as “free country” (think Norah Jones or Sharon Van Etten’s brand of indie rock). Also, this might be the last chance you have to wear white pants before Labor Day, so get on it. The show, which also features Kitty, Daisy & Lewis, is free and starts at 6pm.– A.J.