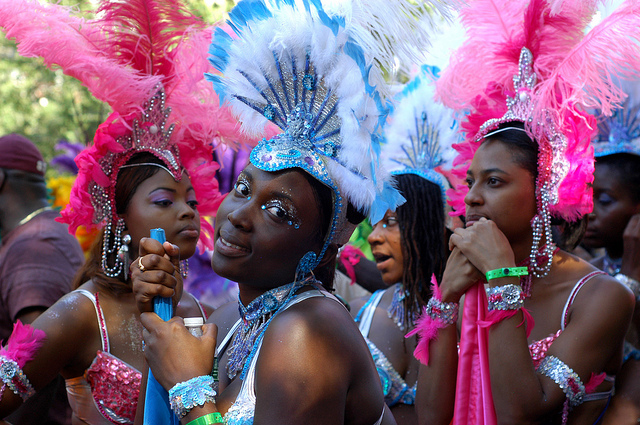 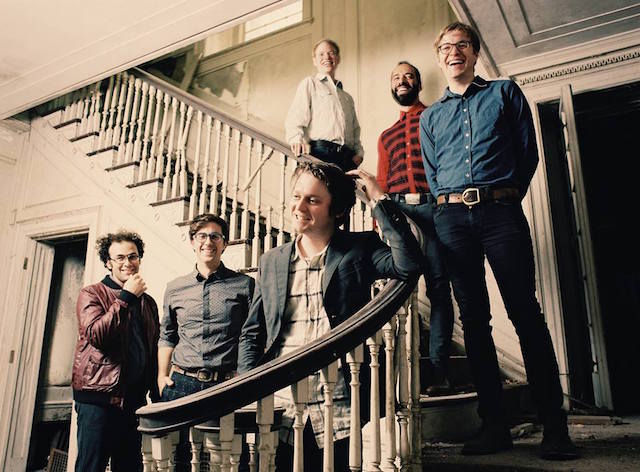 See indie darlings Beirut perform for free at the Bell House on September 10, but the catch is that you have to rsvp today. Photo: Beirut

Labor Day is upon us, and if you’re sticking around this weekend and looking for the best ways to get the most of summer’s last hurrah, we’ve got oodles of ideas for stuff you can do to pass the time.

But before we get to that, there’s some urgent admin to take care of. Beirut, everyone’s favorite indie band involving glockenspiels and flugelhorns, is performing a free show at The Bell House on September 10 in honor of the release of their new album, No No No, the following day. To make sure you get a coveted spot, you’ll need to compete with the Internet masses when the rsvp link goes live at noon today.

And next weekend is our Total East Williamsburg Immersion, where bars will be pouring a bevy of Brooklyn beers and local shops will be honoring tons of deals on food, homemade goods, vintage clothes, and more. Be sure to get a ticket in advanceto reserve the lunch you want.

As for this week, if you’re looking to add to your bartending repertoire, Huckleberry Bar is mixing things up with its Thursday night cocktail class. The featured ingredient this time is Baijiu, which is apparently the best-selling spirit in the world even though you’ve probably never heard of it. Slug a few cocktails using the high-proof booze, and then learn how to sling your own by calling the bar at 718-218-8555 to reserve a seat.

You’ve been saying that this is the summer that you’re finally going to get up to Storm King Art Center, the spectacular outdoor sculpture park in Orange County, so just do it already! If you need an extra push, consider the fact that you can get a double dose of high culture this Friday and Saturday night, when the Hudson Valley Shakespeare Company will stage sunset performances of The Tempest (just in case you fell down on your other promise of going to see Shakespeare in the Park this summer). Tickets are just $10 (although that doesn’t include admission to the park), and you can even preorder a picnic dinner here.

Straight Outta Compton, a biopic chronicling the ascendance of rap group N.W.A., is a bona fide summer hit that has consistently topped the box office since it was released a few weeks ago. BAM is just one of the many theaters around town where you can catch a showing of the movie, but it will also be screening other 90s West Coast flicks like Friday, Boyz n the Hood, and Menance II Society this week as part of a Set It Off: LA Hip Hop on Film series running from Friday to Tuesday. For an entirely different kind of cinematic throwback, you can watch Wet Hot American Summer over and over and over again (just like you did in college) at Videology’s Wet Hot American Labor Day marathon starting at 2pm.  The cult classic about summer camp and all the characters you encounter there will be screened 5 times in a row,with 10-minute breaks in between and “bug juice” available for purchase.

However you decide to spend the last real weekend of Summer 2015, we here at Brooklyn Based wish you a happy and healthy Labor Day full of fun and sun. Here are some more of our tips on how to make the next week a truly ideal one: 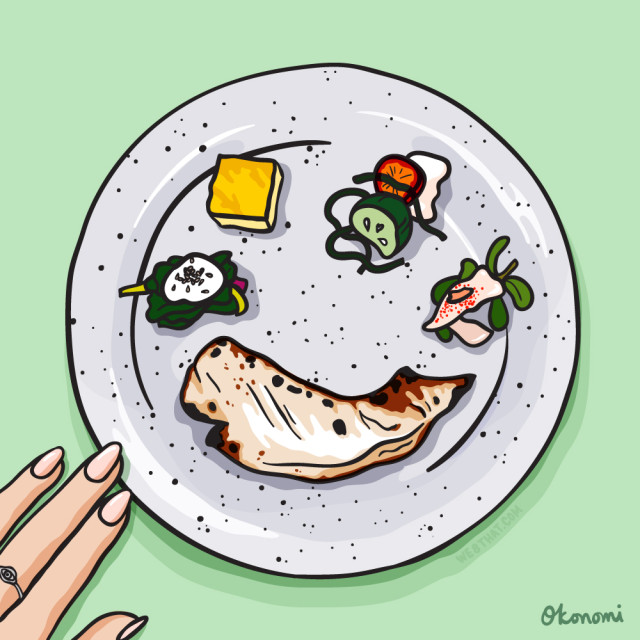 The ladies behind We8That are just a few of the artists whose work about food will be on exhibit at The Court Tree Collective on Thursday night. Photo: we8that

Love food and art? Then why not head to Court Tree Collective this week to celebrate the gallery/kitchen space’s second anniversary! At 7pm on Thursday night, join the Collective for the opening reception of Taste Makers, a food and art exhibit featuring tasty bites both on and off the canvas. Artists Txelo, Anna and Naomi Otsu, SCUBA, Chris Leung, Hollow Brooklyn, Alex Cascone, Ben Garthus, Luisa Brimble, Pauline de Roussy de Sales, Stephen Lipuma, and Sze Ngra will share their work depicting food, while Collective-approved chefs from throughout the city provide the hors d’oeuvres. Admission is free, so all you need to bring is a discerning eye and an empty stomach. –N.R. 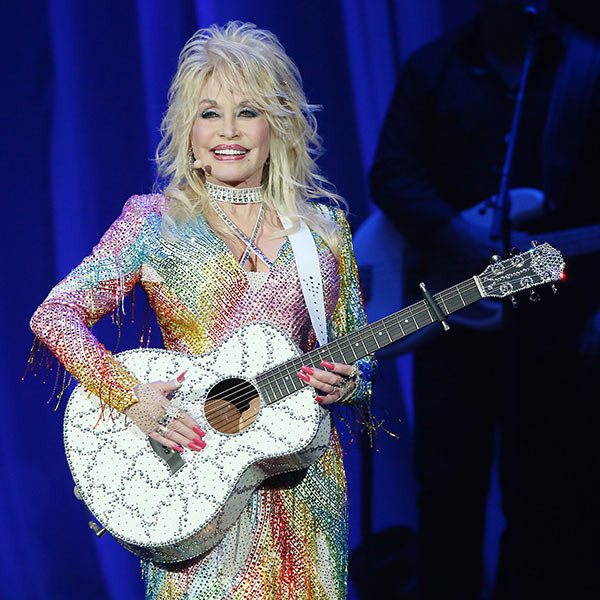 It’s not every day that us Yankees get to experience Dollywood, but this weekend it will be all up in here when Littlefield hosts Dollypalooza: An Epic Fan Tribute to Dolly Parton on Friday night. Celebrate everyone’s favorite boisterous, buxom songbird with a fantastic lineup of live music, performance art, burlesque, and no shortage of people in drag. Be sure to participate in the evening’s silent auction, which we imagine will have some pretty amazing prizes and will raise money for Parton’s Imagination Library, which promotes early-childhood literacy. After the show, hang around for a dance party featuring Parton’s hits courtesy of DJ Nath Ann Carrera. Tickets are $15 online and $20 at the door. –N.R.

For some Labor Day weekend means a quiet, mellow transition into fall, but Brooklynites know that it also brings the bright colors, loud music, and enthusiastic crowds associated with the annual West Indian-American Carnival. The five-day long extravaganza celebrating Caribbean culture draws a million revelers every year, and culminates with Monday’s massive parade and all the feathers, food, and fun that come with it. But before Eastern Parkway is taken over by callaloo stands and elaborate costumes, there are plenty of other great activities taking place beforehand. On Friday, take the kiddies to the Stay In School Concert and College Fair for an afternoon of music, spoken word, and fashion shows before heading to the Brass Fest that night, where bands from all across the Caribbean will toot their own horns. On Saturday, wake up early and dress the little ones for the Junior Carnival Parade, then book a babysitter so you can see Panorama, a competition featuring 11 of NYC’s best steel orchestras that will ring late into the night. And on Sunday, prep for the parade by dropping by Dimanche Gras to check out the city’s first-ever Jamaican patty eating contest, a costume competition, and performances from Caribbean legends like The Mighty Sparrow and King David Rudder. All events will take place around the Brooklyn Museum. –N.R. 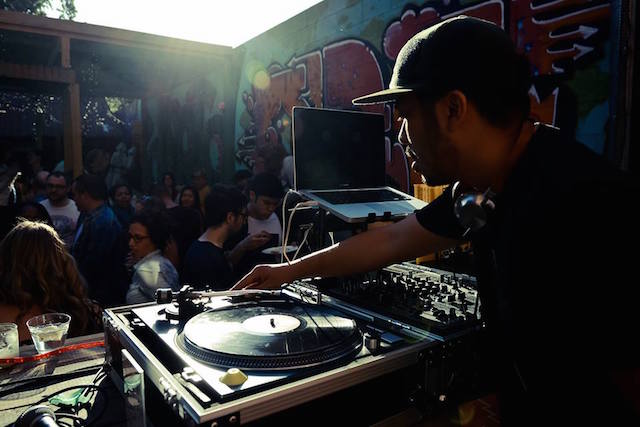 Sunday nights are typically a grim affair: The pre-workweek dread starts setting in long before the sun goes down and can even ruin your entire day if you let it. But the good news is that the Sunday on Labor Day weekend isn’t really a Sunday, and you are free to make it as crazy, boozy, and drawn out into the wee hours as you want it to be! One of Brooklyn’s coolest summer parties, Sound Liberation Front’s Rub-A-Grub, is back to help you make the most of your late-summer non-school night. From 2-10pm, post up in Do or Dine’s spacious backyard and enjoy food from guest chef John Poiarkoff (of The Pines and Willow fame) and danceworthy DJ sets of hip hop, house, Afrobeat, funk and soul from Rich Medina, Danny Akalepse, and others. Tickets are $15 for entry only and $30 if you want to add 2 drinks and 2 food items. For an altogether different kind of shindig, head to Bierleichen, the heavy metal German beer hall (yup!) in Ridgewood, Queens, to check out Kunstfest, an art and beer festival that has something for everyone: A screening of an Italian rock-n-roll horror flick, a live set from rockers The Shook Ones, a backyard bbq, the debut of Finback’s latest can release, a sci-fi reading, and a special artists’ market curated by Ridgewood Social. Admission is free and the action starts at 4pm. –K.H. 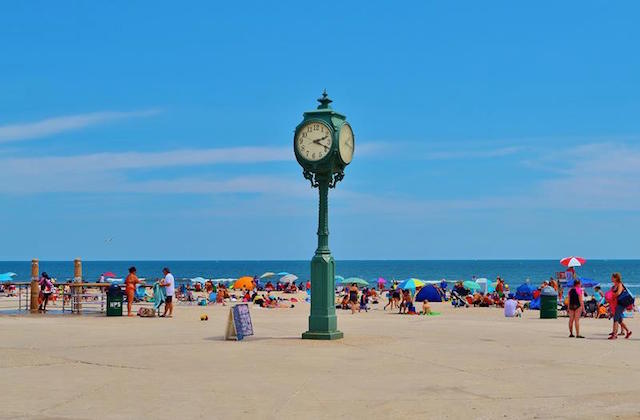 Get to Jacob Riis while you still can, and don’t miss all the free live music. Photo: Riis Park Beach Bazaar

I don’t know about you guys, but I’ve been hitting the beach at Jacob Riis Park every chance I can get this summer, and a free Monday off just before the season ends presents the perfect opportunity to pack the cooler with shandy (and Solo cups), grab a very reasonably-priced Italian sub from the Court Street Grocers stall (or whatever food it is that you’re craving), and get a healthy dose of surf, sun, and sand. Monday is the first day that parking is free, but if you don’t have a car you can always get there via bike, ferry, or one of several shuttle bus options. Starting at noon, the Riis Park Beach Bazaar is hosting a special, free Labor Day concert featuring Sharkmuffin, Fruit & Flowers, The Jeanies, DJ Eli Pizzuto, and headliners The Shipwrecks. The perfect end to an awesome summer, just don’t ruin it by forgetting the sunscreen. –K.H. 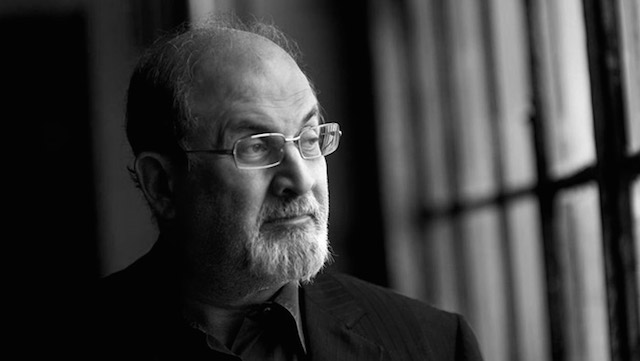 Famous and acclaimed novelist Salman Rushdie will be at a release party for his newest book on Tuesday night at Powerhouse. Photo: Salman Rushdie

If your world was rocked at some point when you read Midnight’s Children, The Satanic Verses, or anything else by Salman Rushdie, you won’t want to miss his brand new novel, Two Years Eight Months and Twenty-Eight Nights, which comes out on Tuesday. Hear the celebrated author read from and discuss his latest work, which has garnered considerable advance praise, in person at a book launch party at the Powerhouse Arena from 7:30-9:30pm. Although the event is free, make sure that you rsvp because space won’t last. –K.H. 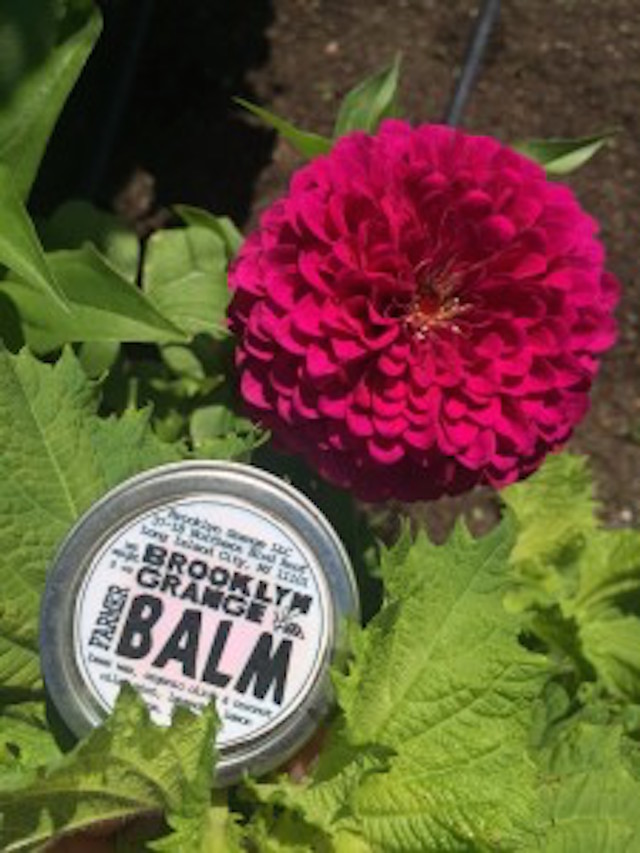 Learn how to make lip balm from beeswax, and lots more you can do this week as part of NYC Honey Week. Photo: Brooklyn Grange

It’s NYC Honey Week, which honors the amazing honeybee and its critical contributions to our ecosystem, and Brooklyn Grange is just one of the participating venues hosting events taking place from Tuesday through Saturday. On Wednesday evening, Grange co-founder Gwen Schantz will teach you how to transform beeswax from the rooftop farm’s own hives into all-natural, moisturizing lip balm. For $40, you will learn the ropes at the workshop and go home with two lip balms scented with natural oils and botanicals and made by you. If you can’t make it on Wednesday, look into some of the other highlights on the Honey Week calendar, including the Queen Bee Cocktail Classic on Thursday, and Saturday’s day-long Honey Fest at Rockaway Beach. –K.H.