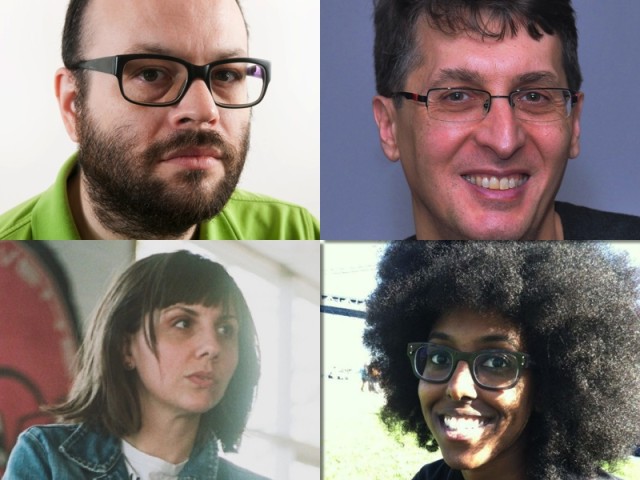 In what has become a tradition for bookworms throughout the city come fall, the Brooklyn Book Festival will hit downtown Brooklyn on Sunday, Sept. 20. This latest installment marks the festival’s 10th anniversary, and as in the past, music and culture are just a two of the topics covered by in BBF’s panel discussions. Here’s a sampling of four events of interest, and they’re all free.

Prior to the actual festival date is a Bookend event on musical subcultures (Sept. 16, 7:30pm, The Great Georgiana, 248 DeKalb Ave.), featuring Brooklyn-based music journalist Michaelangelo Matos and Rolling Stone contributing editor David Browne with Mick Collins of the band the Dirtbombs. Both Matos and Browne published highly-recommended music books earlier this year: the former with The Underground Is Massive: How Electronic Dance Music Conquered America, and the latter with So Many Roads: The Life and Times of the Grateful Dead. At face value, the worlds of EDM and the Dead seem incongruous. And yet, you know the writers will find a way to tie their respective subjects together.

On the day of the festival, The Critic as Creator (Sept. 20, 5pm, Brooklyn Law School Moot Courtroom, 250 Joralemon St.) is the subject of a discussion featuring authors Jessica Hopper and Geoff Dyer, and moderated by Jason Diamond, an associate editor at Men’s Journal. Last May, Hopper, who is an editor at Rookie and Pitchfork, released an anthology of her writings from the last 10 years, the provocatively-titled The First Collection of Criticism by a Living Female Rock Critic–a work that has garnered considerable media attention. So it seems appropriate that the Chicago-based writer is appearing at this particular panel given that her writing tackles not only how music addresses the personal, but also raises the broader issues of feminism and sexism in the music biz and culture.

When it comes to the ’70s, American minds likely associate at least on of the following with the decade: disco, punk rock, Watergate,  All in the Family, Jaws, Studio 54, the ’77 blackout, gas lines, Patty Hearst, Jonestown, and the New York Yankees. But what was the decade like in other parts of the world? That’s the subject of a panel entitled That Global ’70s Show (Sept. 20, noon, Borough Hall Media Room, 209 Joralemon St.), featuring authors Guadalupe Nettel (Mexico), Alejandro Zambra (Chile), and Georgi Gospodinov (Bulgaria), and moderated by Anderson Tepper.

Finally, the BBF explores fables—and no, it’s not a children’s event. Rather, Twisted Fables (Sept. 20, 11am, St. Francis McArdle, 180 Remsen St.), explores how the moral tales that we learned in school have evolved and still resonate with us today. Writer Rahawa Haile, whose work has appeared in such outlets as The Guardian and The Awl, will host this talk with fabulists Lincoln Michel, Amelia Gray, and Porochista Khakpour.

The Brooklyn Book Festival will be held on Sept. 20; Bookend events run from Sept. 14 through  21. For information on events, authors, locations, and times, visit the website.