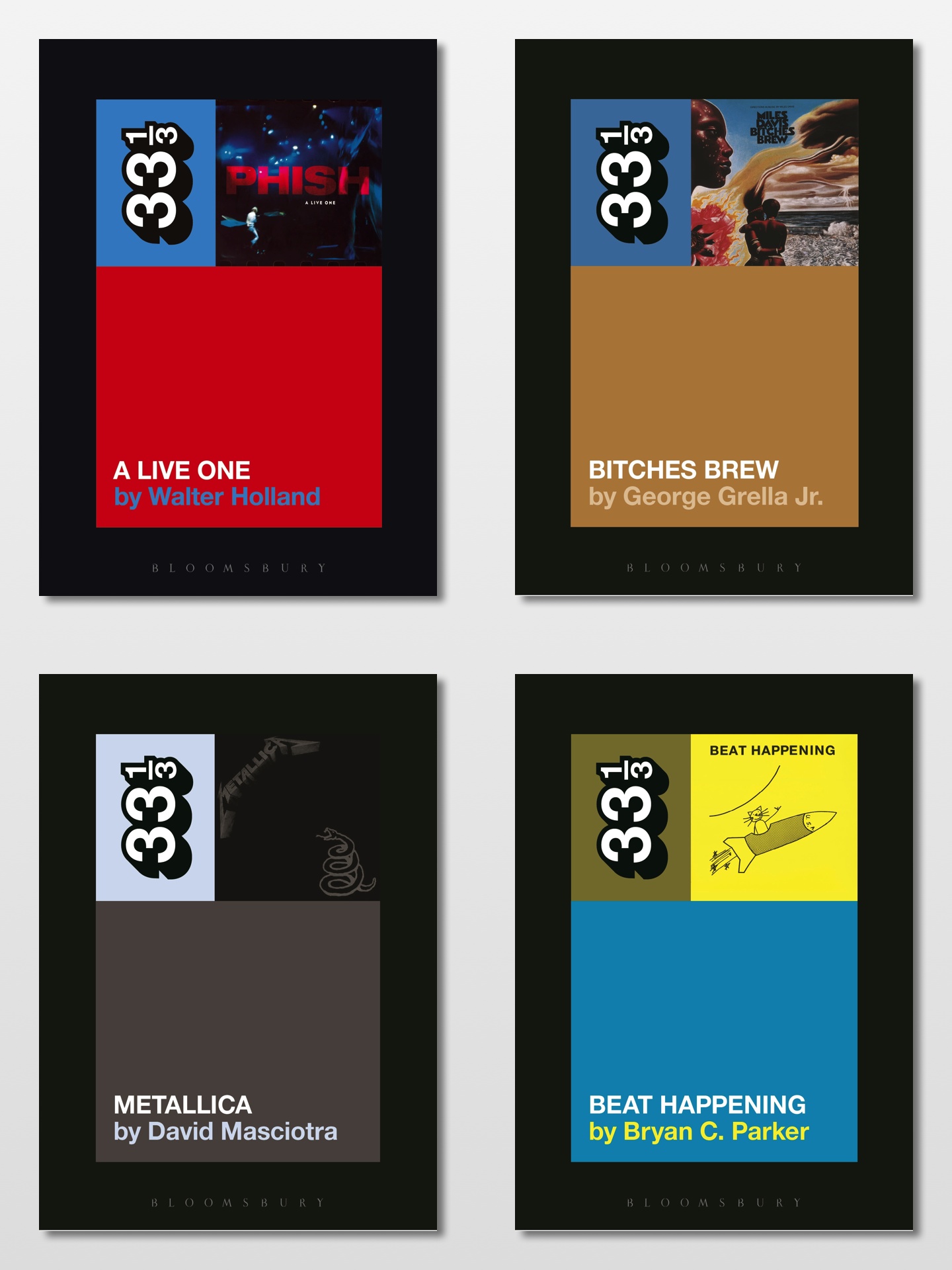 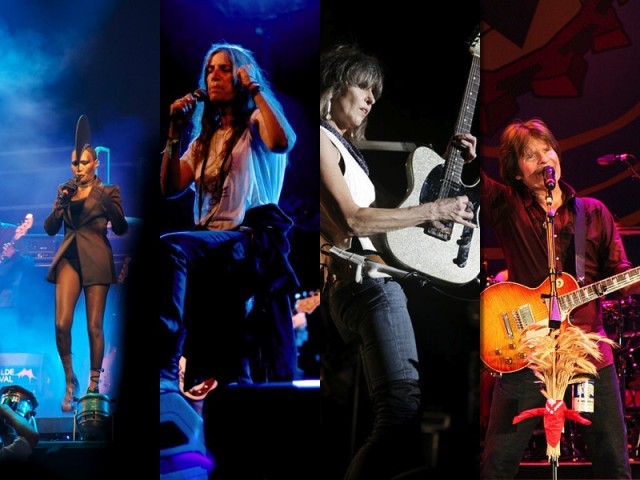 Grace Jones. Patti Smith. Chrissie Hyndes. John Fogerty. Carly Simon. Elvis Costello. If you fished names at random out of a hat filled with influential musicians you’d be hard pressed to come up with a more fascinating mix of performers, and they all have new memoirs out this fall. In fact, it’s an unusually fine crop of music books that we can look forward to over the next few months. In addition to all those memoirs there’s also a photography book with David Bowie as Ziggy Stardust as the subject (how is this just coming out now?), a book of Beatles lyrics, and an offbeat autobiography and cookbook from former Blake Baby, Freda Love Smith. The bottom line? If you’re a music-loving bookworm, this fall is your nirvana. (There are also some great music-themed panels at the Brooklyn Book Festival this weekend.) 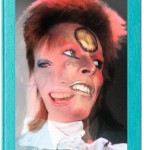 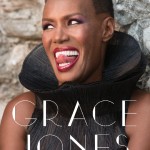 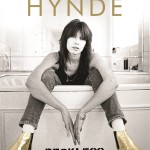 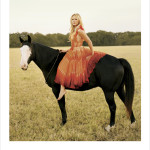 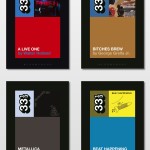 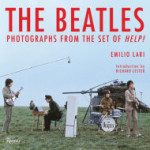 The Rise of David Bowie 1972-1973
Photos by Mick Rock
Text by Barney Hoskyns and Michael Bracewell
Taschen
Of all the different personas that David Bowie has taken on throughout his groundbreaking and influential career the most indelible for most of us is Ziggy Stardust, the androgynously sexy alter-ego that shook up the pop music world during the early ’70s (though Jareth from Labyrinth is obviously a close second). Who could forget that flaming red buzzcut, alien make-up, and glam rock Kabuki outfit? Photographer Mick Rock captured that amazing two-year period in Bowie’s early career, and his images are collected in this gorgeous photo book.

I’ll Never Write My Memoirs
by Grace Jones
Gallery Books
You just gotta love that ironic title. Then again, Grace Jones is not your conventional celebrity. With her striking looks (can we get a Bowie-Jones photo book, anyone?), the Jamaican star is a triple threat as a model, actress and singer. My earliest memory of her, even before her starring roles in Conan the Barbarian or A View to a Kill, is the music video for the song “Slave to the Rhythm.” Jones hasn’t exactly retired from the spotlight either—she made a very notable appearance at this summer’s AfroPunk fest. In a press release for this book, she said: “I wrote a song called “Art Groupie.” First line said ‘I’ll never write my memoirs’ that was a long time ago. Since then, I thought, if I don’t do it, somebody else will.”

Reckless: My Life as a Pretender
by Chrissie Hynde
Doubleday
Singer Chrissie Hynde is synonymous with the Pretenders, the band she founded and has led throughout its various lineup changes since 1979. As a testament to their enduring popularity, songs like “Back on the Chain Gang,” “Brass in Pocket,” “Middle of the Road” and “I’ll Stand By You” are still in regular rotation on pop and rock radio. The book from the Akron, Ohio native, London-based musician promises “naked emotional honesty and sometimes jaw dropping candor,” which has already been evident in her recent comments about being raped earlier in her career and about music videos by young women in the industry today.

Never Broken: Songs Are Only Half the Story
by Jewel
Blue Rider Press
Twenty years ago, Jewel catapulted to stardom with her debut album Pieces of You and the hit song “Who Will Save Your Soul.” Her arrival on the pop music scene came during a resurgence of female singer-songwriters led by Alanis Morrisette and Sarah McLachlan in the 90s. Her memoir Never Broken, chronicles her rags-to-riches life, from her upbringing in Alaska, through a period homelessness to multi-platinum success, to her current life as an artist and single mother. Never Broken is also a self-help book, with Jewel offering advice that got her through the rough times, so Jewel, apparently, will at least attempt to save your soul.

Bloomsbury’s 33 and 1/3 series
Miles Davis’ Bitches Brew by George Grella
Beat Happening’s Beat Happening by Bryan C. Parker
Metallica’s Metallica (The Black Album) by David Masciotra
Phish’s A Live One by Walter Holland
The 33 and 1/3 series takes a notable album and offers an in-depth analysis of it in the round, and it adds an eclectic group of four new titles to its library this fall. It’s interesting that Miles Davis’ classic 1969 album Bitches Brew is only now getting the 33 and 1/3 treatment, since that record is so influential, having ushered in the jazz-rock revolution of the 70s. Of course, Metallica’s self-titled 1991 record (a.k.a The Black Album) is the one that really broke the band to a mainstream audience. Jam band Phish, built its reputation on live performances, andthis book concentrates their 1995 release, A Live One. Of the four titles, perhaps the least-known album outside of mainstream audiences is Beat Happening’s eponymous 1985 work, which will no doubt prompt renewed interest in the indie pop group from Olympia, Washington.

The Beatles: Photographs From the Set of Help!
by Emilio Lari
Foreword by Alastair Gordon
Introduction by Richard Lester
Rizzoli
This year marks the 50th anniversary of the Beatles’ second motion picture Help!, the follow-up to the Fab Four’s brilliant film debut A Hard Day’s Night. On-set photographer Emilio Lara was present during the filming of the Beatles’ zany color film, and his pictures–a good deal of them capturing the boys in their candid moments–are now collected in this new photo book.