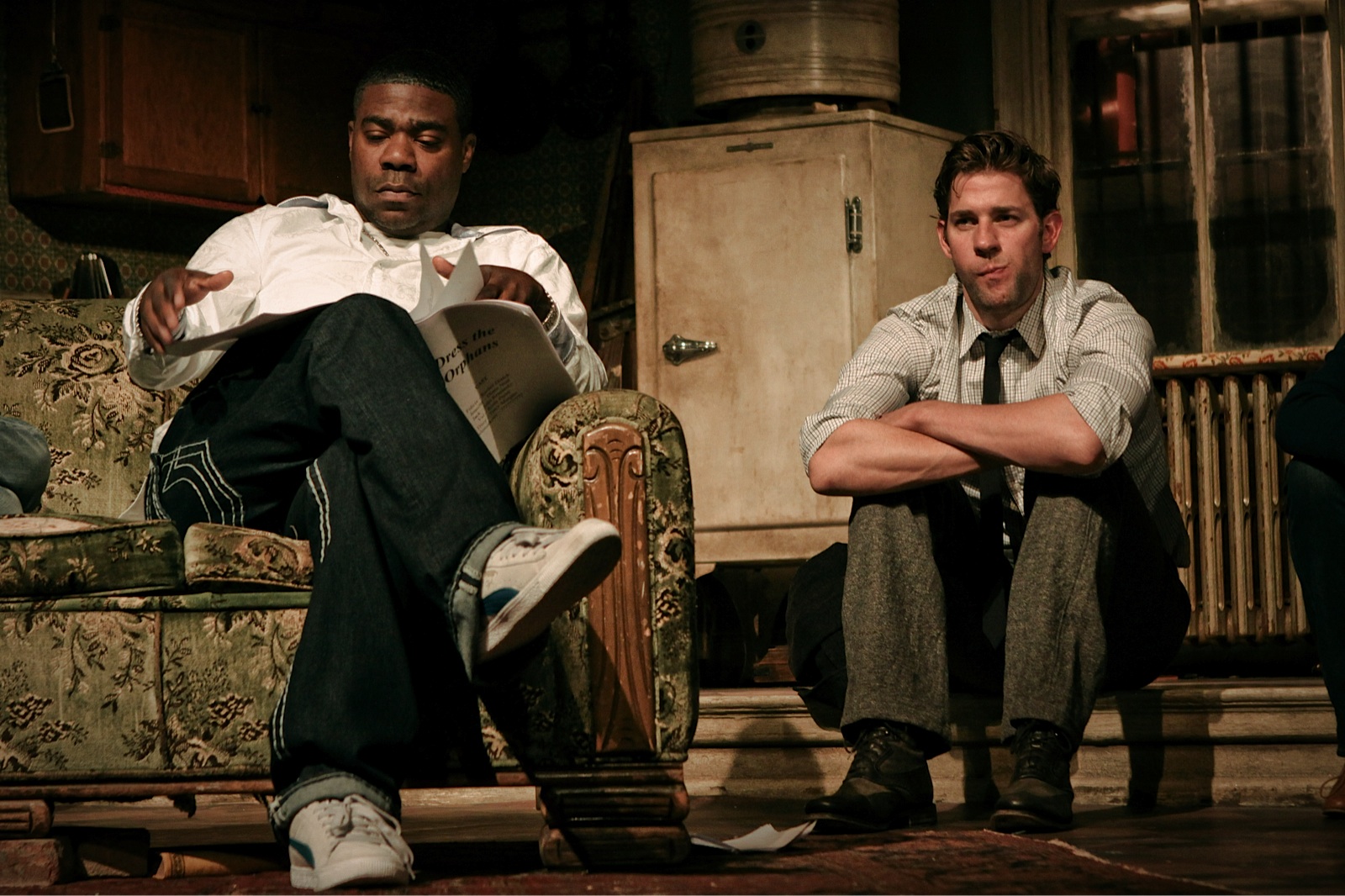 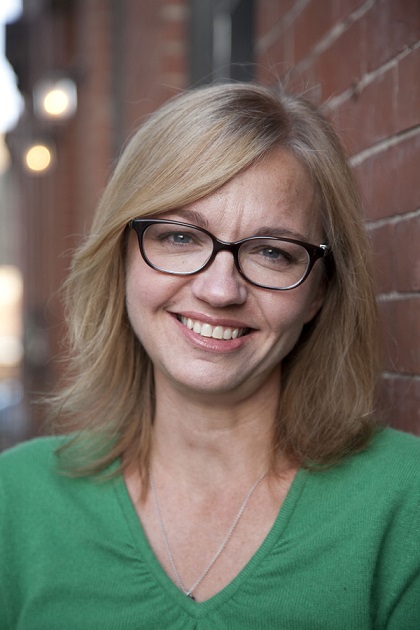 After two kids, and nearly 10 years of producing the celebrity-studded 24 Hour Plays for Off-Broadway and Broadway, Tina Fallon realized that motherhood and the theater life were not exactly complimentary roles. Working around the clock for two-week stretches, and unemployment between productions was now much harder with small children in the wings. What she didn’t realize was that real estate might be the way to make the show go on.

“People would tell me, ‘You should be a real estate agent,’” she said, a suggestion she dismissed even though she had plenty of experience in the market. She had bought and sold three properties before—a house in Greenport, a condo in Greenpoint, and a house in Rowayton, CT—but beyond that she had the same impression of brokers that many New Yorkers share.  Which is, “Why would anyone want to be a real estate agent? Real estate agents are such creeps!”

But a Craigslist ad for Realty Collective, a boutique Brooklyn real estate firm run by Victoria Hagman, inspired her to entertain the idea. She met Hagman and her partner at the time, and thought, “I can work for those ladies.” In her mind, her stint as a real estate agent would be just that—a brief cameo,  “because it seemed like it was so different from working as a producer.”

That was nine years ago. In the time since, Fallon has discovered that the parallels of mounting a production and selling a home are “basically indistinguishable—except the quality of life real estate affords is so much better than working full time in the theater.”

Listening to Fallon, who bears no relation to the late night host, it does seem a little uncanny how the two fields converge. The similarities start with the timeline—there is always a beginning, middle and end. The cast of characters are the clients, agents and lawyers. The set is the property, and the crew are the stagers, movers and painters who help the sellers “achieve the character they want to project into the world.”

“It’s very much like creating a show,” she explains. “The opening is like your open house and you go through the process that takes you to closing. I mean, even the language is the same between production and real estate,” she says. “Can you tell I’ve thought a lot about this?” 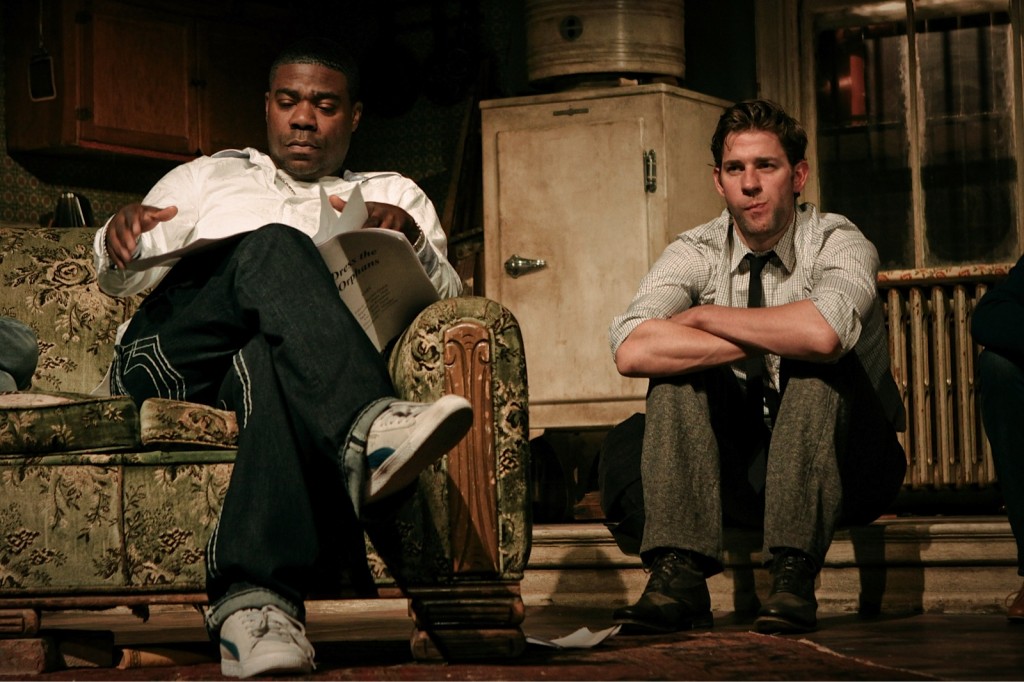 What’s even more remarkable is that the skills required to manage a sale are identical to the ones Fallon employs while producing The 24 Hour Plays, a series of improvised plays she created 20 years ago, in 1995. From its origins on the Lower East Side, to its now-annual residency at the American Airlines Theater on Broadway, the concept has remained the same—twenty-four actors, six playwrights, six directors and a crew are given 23 hours to write, rehearse, stage, and in the last hour of the day, perform their instant masterpiece. The only thing that has changed over the years is that the play now routinely attracts stars like Scarlett Johansson, Chris Rock, and Naomi Watts, and the company now has spinoffs like The 24 Hour Musicals and productions around the world. The Broadway show returns in November, and at their recent 20th anniversary gala, they successfully reached their Kickstarter goal to fund their free, annual 24 Hour Plays: Nationals, a workshop for 25-and-under young theater professionals.

Managing the stress and anxiety of these writers and performers who are under the gun to create a show literally overnight–for 800 people!–is up to the producer, and after pulling an all-nighter, “they stop being able to see their work clearly,” says Fallon. She’s the one to tell them, “Yes, remove this line, this part is too long, and this joke was funny the first time but not the second time.” (She delivered this last bit of advice, incidentally, to her future husband Sam Sifton, The New York Times Cooking editor who once performed in The 24 Hour Plays.)

“That kind of authority was something I was accustomed to projecting in my theater life. It just took a while to learn to apply it to my real estate life…When I started in real estate I thought my job was to do what my client wanted to do.”

Her epiphany came when she didn’t advise a Realty Collective client to raise an offer because she wanted to respect the woman’s wish not to go any higher.

In the end her client was outbid by a small amount, relatively speaking, on a townhouse she would have loved. “Had I been doing my job I would have said, ‘We just have to come up with $20,000’…Not only did she not get that property, but when she went back in the market, she went with another agent.”

Fallon realized then that her buyers and sellers expected the same degree of authority she offers her writers, directors, and actors. “I’m not here to agree with their decisions, I’m here to be the expert and to guide them.”

Now that same kind of scenario plays out much differently. Recently in Red Hook, for instance, a client who had been searching a solid year in the neighborhood had been to every open house, and balked at them all. Then Fallon showed him “the one,” a townhouse on a great block with waterfront views, and underpriced for the market, especially considering it survived Hurricane Sandy with no flooding. When he hesitated, Fallon was firm. “I told him if you don’t buy this house I will have to drop you as a client because I’ll know you’re not serious about Red Hook.” That was all it took.

“As we were going to the closing, he met someone at Pioneer Works and told him where he was going to be living. And his friend said, ‘Oh my god, you got that? That was such a steal!’”

This is the first in a series of stories about Realty Collective’s “Double Agents.” To get in touch with Tina Fallon directly, contact her at tina@realtycollective.com or call 718-834-1440. Realty Collective is also hiring—learn more about the opportunity here.