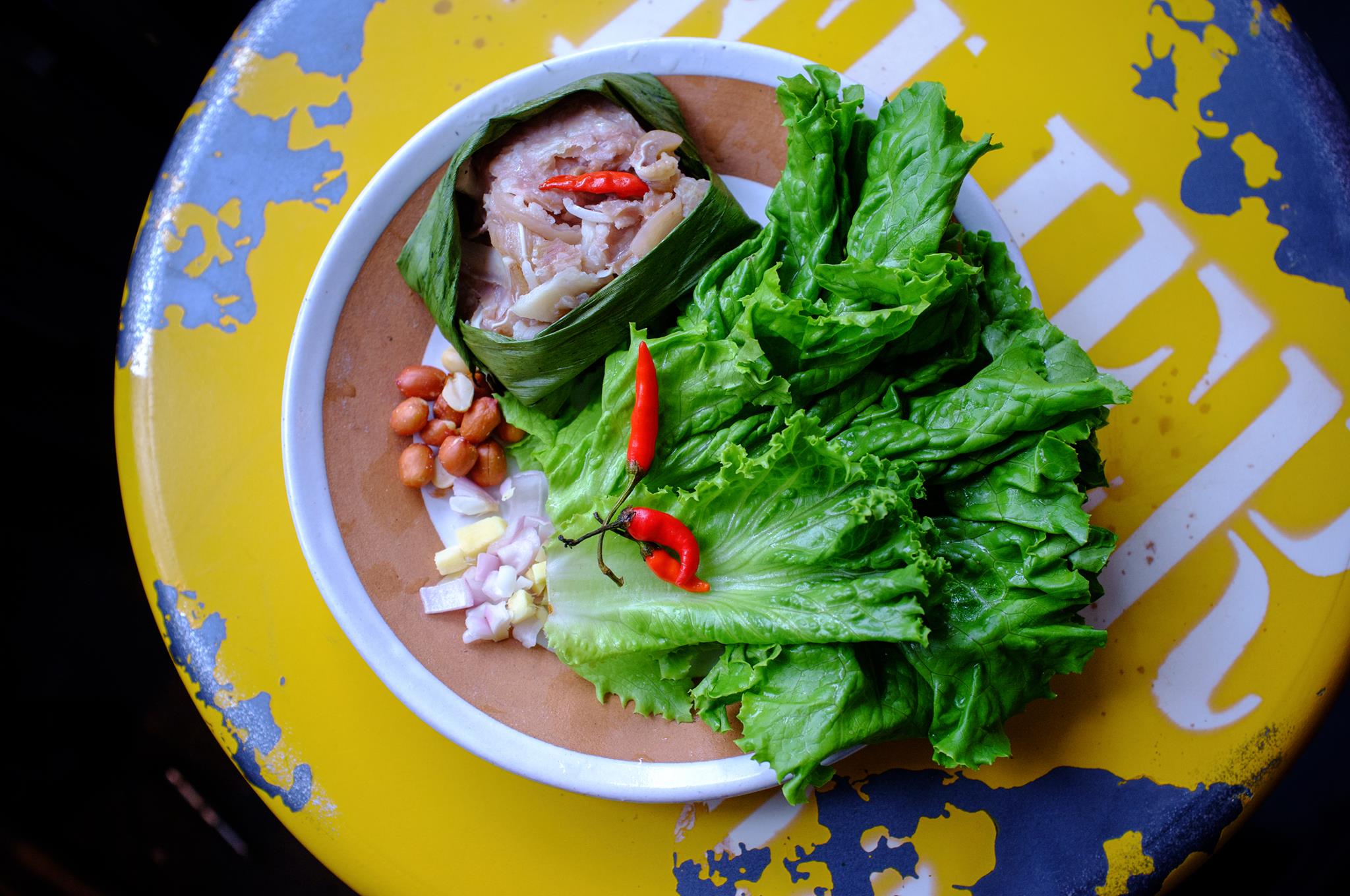 When we last did dinner in Red Hook, we were very happy to introduce Brooklyn Based readers to Kao Soy, an uber-authentic Northern Thai place that opened on Van Brunt Street late last year. Kao Soy has blown up since then, with glowing reviews in The New York Times and elsewhere. In amidst the flood of eager foodies there’s been a bit of a shakeup to report, too. Just as the restaurant was taking off, co-chefs Kanlaya Supachana and Sirichai Sreparplarn abruptly left, along with most of the kitchen staff. Chef Supachana ran the restaurant with her boyfriend; the couple split and the business along with it.

It didn’t take long though, for the two talented co-chefs to find a new spot–and they didn’t have to go far, either. Just down Van Brunt Street from Kao Soy, the owners of home/made cafe had free space on their hands, as they’d recently branched out to focus more on their Atelier Roquette event space, so they offered Supachana and Sreparplarn home/made for a six-month pop-up. Supachana brought along her secret family recipe for Kao Soy’s namesake dish–the crispy-fried noodles and chicken dish we described as pad thai on steroids–as well as an expanded menu of Northern Thai specialities.

“The type of dishes we’re serving here are really rare to see in New York City,” says Sreparplarn.“And some are even rare to see in Thailand, actually.” As a particular favorite he named the jin som mok, a concoction of fermented ground pork and steamed rice, topped with pig ears and pork skin. “Ones like that were a little bit a risky, but we were surprised to see that people loved it.”

The Chiang Mai team has not been shy about bringing Kao Soy’s bold flavor profile down the street. The delectably fried banana-blossom fritters are here, now served with fried shreds of papaya and taro. Kang hung leh, pork belly and pork shoulder stewed in a garlic-ginger-sugar sauce, plus crispy rib tips on top, is another notable addition, and it’s a perfectly warming dish for somber weather. 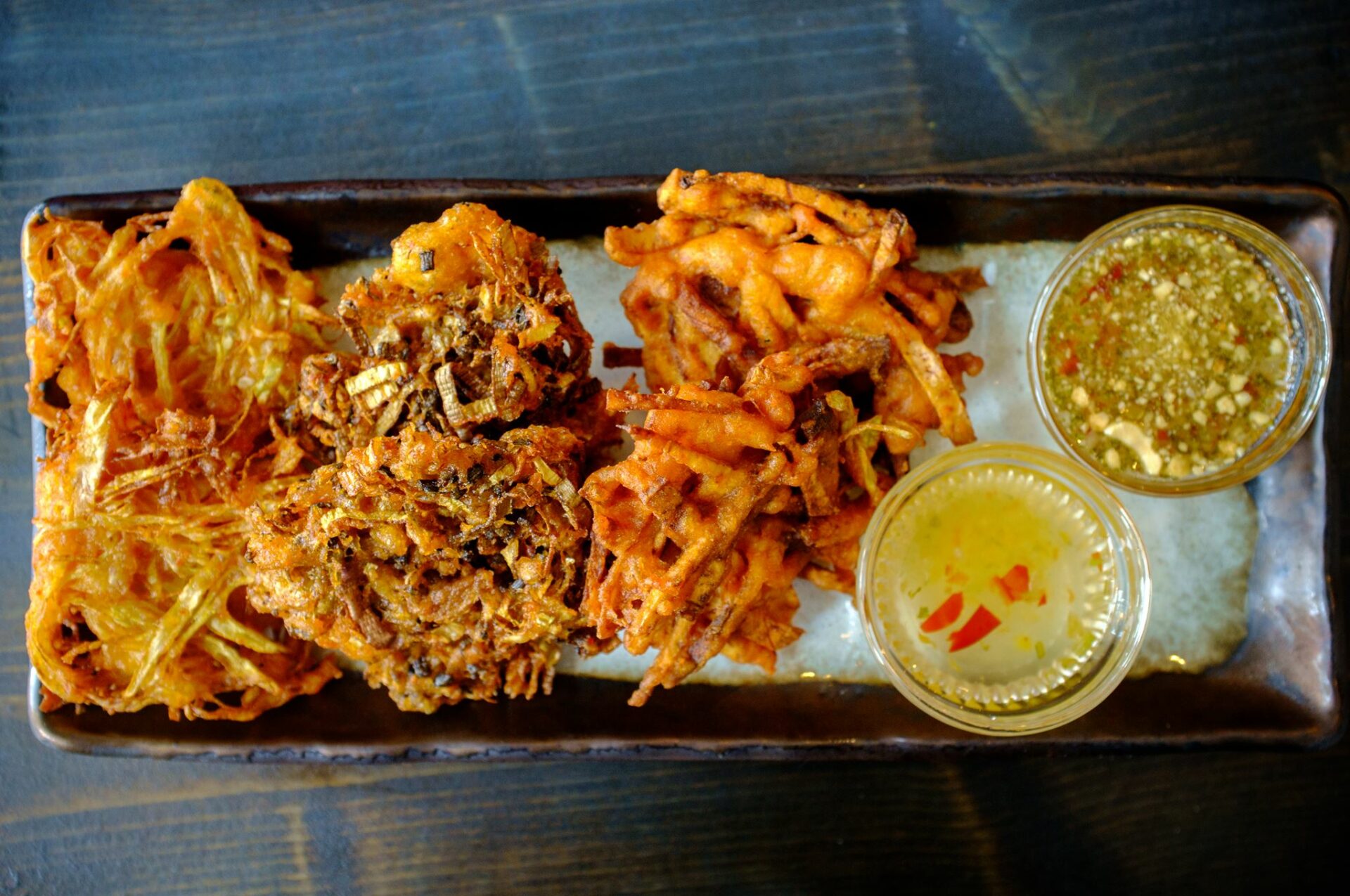 There’s a full bar available, and more familiar Thai offerings are on Chiang Mai’s menu too, but Sreparplarn warns that even those aren’t run-of-the-mill. “We have a mango salad,” he says “but it’s not the typical one you see on the menu at every Thai place in New York City.” Instead, it’s amped up with shrimp paste, fermented fish sauce and dry chili leaves.

Chiang Mai has three months left on their home/made residency, and Sreparplarn says they’re looking for a permanent spot, in Red Hook if possible, where they plan to cook a much lengthier menu of rare Thai specialities.

For now, this far-flung Brooklyn neighborhood has somewhat randomly become home to all four of Brooklyn’s most interesting and authentic Thai food spots. (I haven’t been back to Kao Soy recently; Yelp-ers are mixed, with some reporting that it’s gone downhill and a few others still raving. Take that with a a grain of Yelp salt, of course.) With Chiang Mai, Kao Soy, Pok Pok and Pok Pok Phat Thai all based here, Red Hook residents have their pick of fermented fish flavors–lucky them. The rest of us will have to content ourselves by hopping on the B61, instead of on a flight for Bankok.