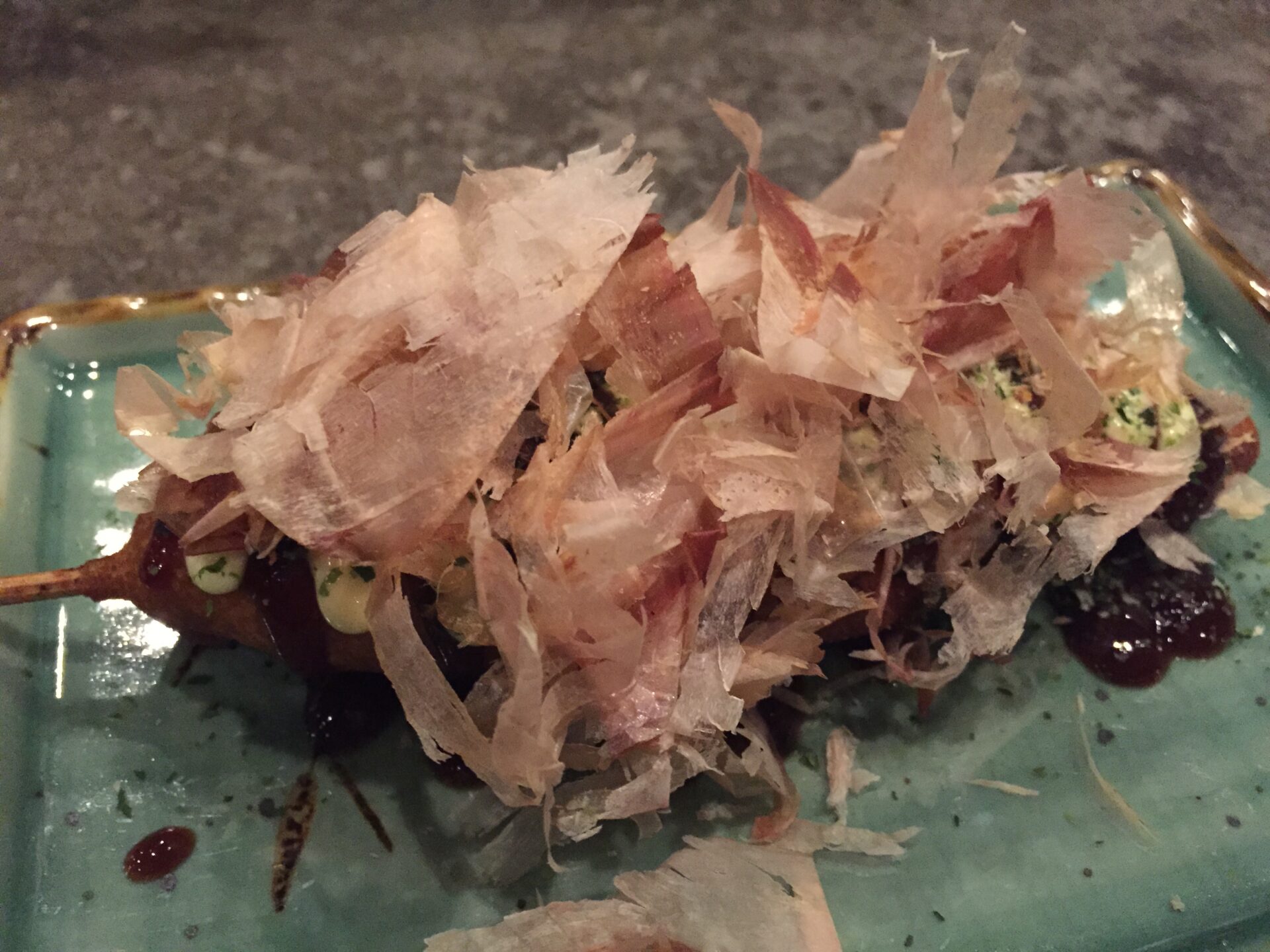 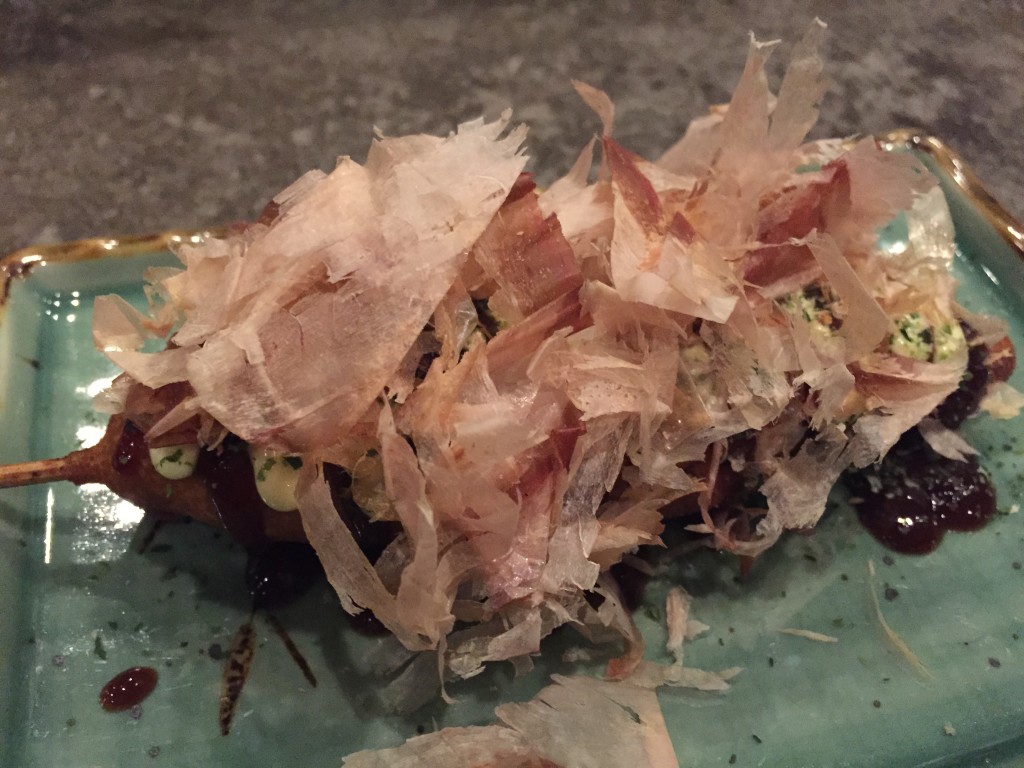 Four years ago on Valentine’s Day, my best friend and I decided to treat one other to a fancy meal out and made the trek to midtown to much-lauded Yakitori Totto. Roughly translated to, “skewered grilled chicken,” yakitori has become shorthand for just about anything, with an emphasis on meaty bits, on a stick, grilled over charcoal. There might be a little soy or salt brushed on prior to grilling, but really, it’s all about meat and fire. I fell for the simplicity of the preparation–what a welcome contrast to a food scene where almost everything comes wrapped in bacon, topped with foam or sauced to death. Plus, there was something awfully fitting about eating skewered chicken hearts on the holiday of love.

So, when I heard that the owners of Bushwick standby Momo Sushi Shack had opened a yakitori bar called Moku Moku, I was beyond excited. I called the same friend and prepared for a serious case of the meat sweats. Moku swaps out Momo’s party vibe in favor of a more minimalist atmosphere. The skewer selection is on the smaller side, missing some of the more traditional cuts of neck and tail. That said, you can still indulge in classics like chicken heart ($3 per skewer) and beef tongue ($4). The scallop skewers ($4) were not as sweet as I had hoped, but were brightened by a side of lemon. The chicken skin ($3.50) (yes, this is a thing you can order without shame) was perfectly crispy and fatty. All skewers come with salt for dipping, including shiso and yuzu kosho flavors, but if you’re looking for some extra kick, go off-menu and request the spicy salt.

If you’re not feeling the stripped down, Japanese-style kabobs, Moku also offers a range of special skewers with sauces, ramen, and a chicken burger, because apparently now every single restaurant in New York City needs to make a chicken sandwich. When I could drag my eyes away from the assorted meats sticks, I noticed the tako corn dog ($8). Short for takoyaki (fried octopus balls) I imagined this version would be made more in the style of a state fair than a Japanese restaurant and I was not totally wrong. Moku deep fries the cornbread-battered octopus then covers it in tonkatsu barbecue sauce and Kewpie mayo and finishes it with a mound of fluffy bonito flakes. Unfortunately, all these frills took away from the really nice piece of octopus underneath. To mix it up, we also ordered one dish not on a stick–the pork fried rice. The texture of the rice was great, pork flavorful, but the dish as a whole was over salted. The good news is, the dry sake I ordered cut through the saltiness and nicely complemented the grilled meat.

Though not promoted on the menu, our server told us that the chicken is from heritage-breed animals, all the veggies are local and all the noodles made in Brooklyn. Unlike most other yakitori restaurants where chicken is king, Moku offers vegetable skewers and substantial salads, though hands down, even with all the other delicious stuff to sample, the traditional chicken skewers were still my favorite things we ate. The new kitchen is still working out a few details, but I plan on returning…maybe on Valentine’s Day.