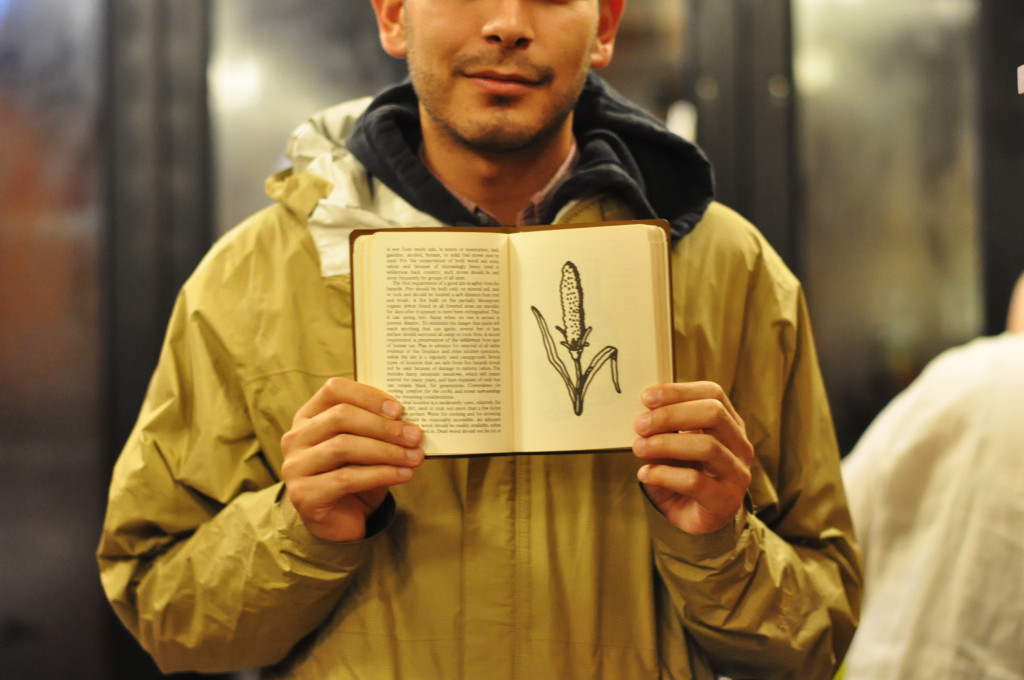 Over the past year an impressive array of new establishments (Le Fanfare, Sweetleaf, Cassette, and Cozinha Latina, just to jot off a few) have opened in Greenpoint, but perhaps none as satiating as Archestratus, a new cookbook shop and café that’s barely a month old. Tucked away on a quiet street off of Manhattan Avenue, the venture rests on the shoulders of a simple recipe: food, plus books about food, plus events centered around food and books about food. 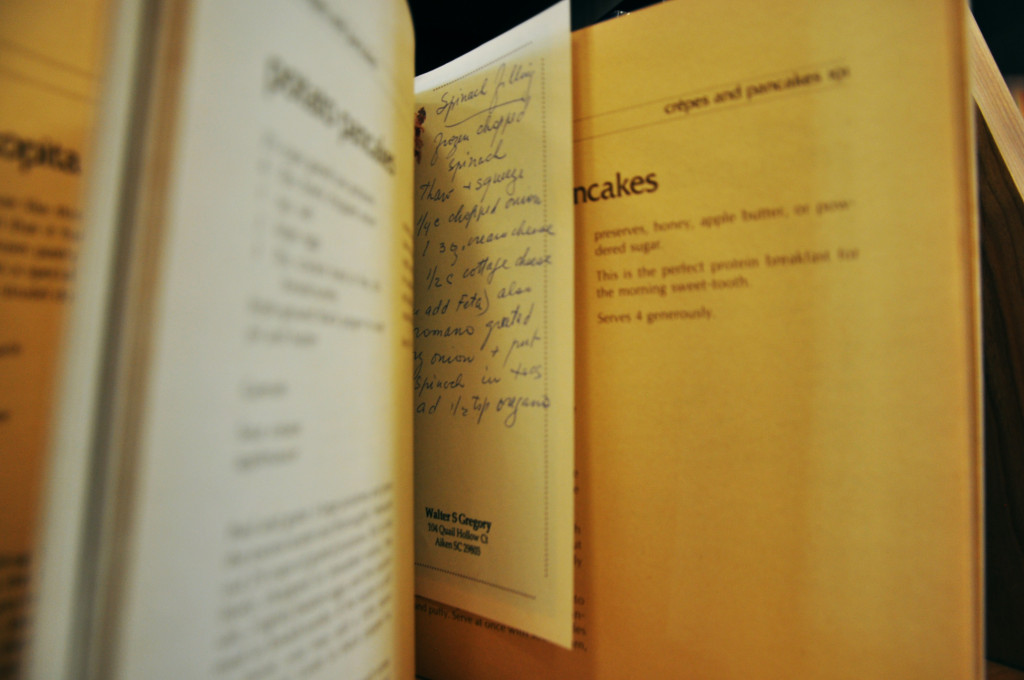 “I’ve always wanted to own a bookstore, ever since I was a child,” says Paige Lipari, owner. “It wasn’t until I visited my relatives in Sicily and got hooked on traditional Italian cooking that I started to develop the idea for a store that exclusively sells cookbooks, a market I think is pretty undeveloped.” Over the years, Lipari, who has worked in shops like Idlewild and McNally Jackson, began foraging used bookstores stores and garage sales, collecting any interesting recipe books she could get her hands on. 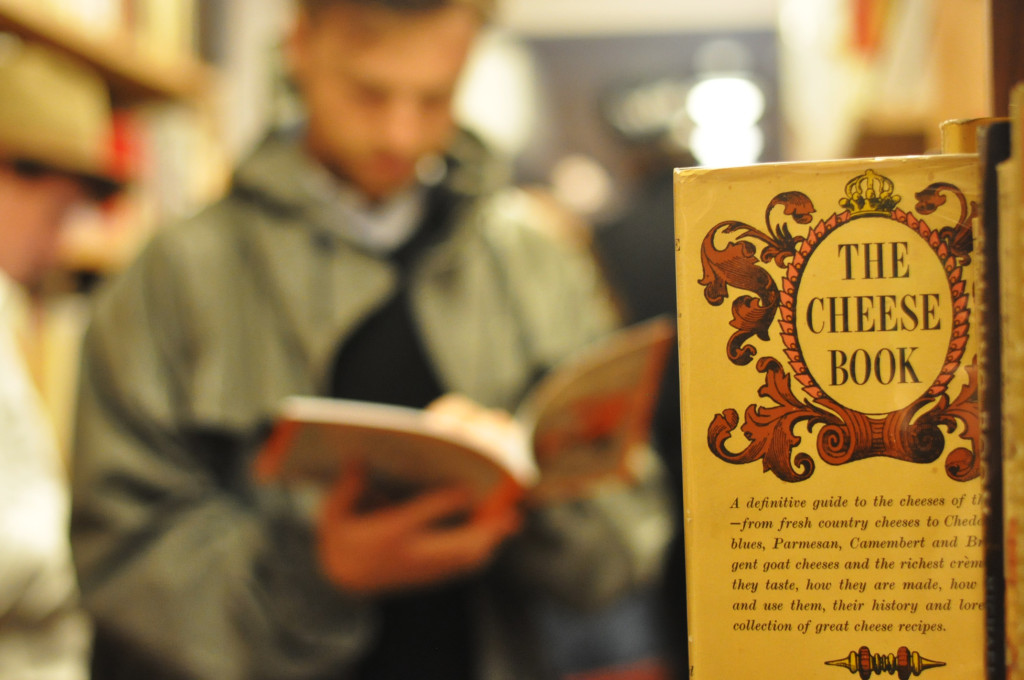 Archestratus definitely has a book you didn’t even know you wanted. © Regina Mogilevskaya

Today, you’ll find an incredible assortment of books while perusing Archestratus–named for the ancient Sicilian poet who devoted both his writing and philosophical work to the majesty of food. Big names will peek out at you, gorgeous hardcovers from Brooklyn businesses like Ample Hills, Ovenly, Roberta’s, and Four and Twenty Blackbirds, as well as 800-page tomes on the art of French cuisine, and little paperbacks on mushroom cookery. Look closely enough and you’ll spot a yellowing 1942 best seller on sugarless desserts, a handful of Mafia cookbooks to live out all of your Tony Soprano dreams, even a colorful paperback where you can leaf through found grocery lists. 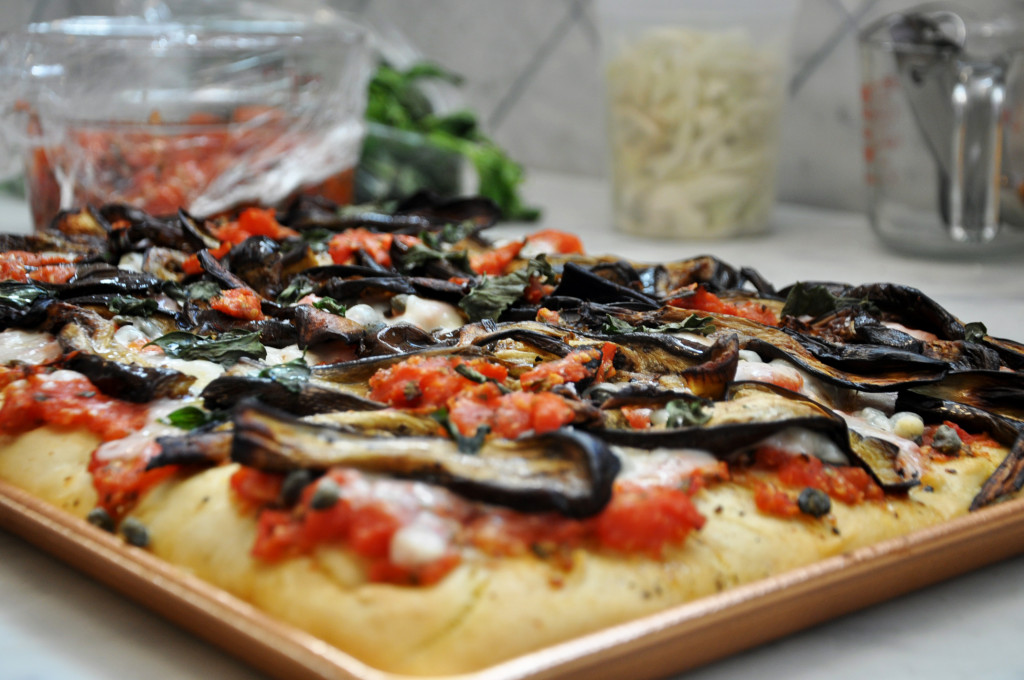 There is of course, Sicilian cuisine to sample as well. © Regina Mogilevskaya

While the young establishment is still putting its face on, the space is undeniably inviting. There’s a cozy dining area at the back of the airy store that leads to an open kitchen with the smell of fresh Sicilian flavors escaping out onto the street. “I do all the cooking, and it’s a mix of Sicilian inspired-sweet and savory snacks,” says Lipari. The menu changes day to day, rotating through dishes like focaccia with eggplant and garlic sauce, biscuits with mortadella and ricotta salads, and pistachio lace cookies with cardamom. Tea and coffee are also offered, as well as wine and beer in the evenings–Archestratus is one of the few cafés in Greenpoint that stays open until 10pm.

As for events, Lipari already has several in the works, “We’ve got a book launch and cheese tasting planned with the owner of Bedford Cheese Shop, a dinner theatre event with Lady Quesadilla, film screenings, cookbook clubs,” she says. On Thursday nights, Lipari plans to turn Archestratus into a restaurant, and plan, cook, and serve an entire Sicilian dinner. “Anything and everything” she says with a smile. 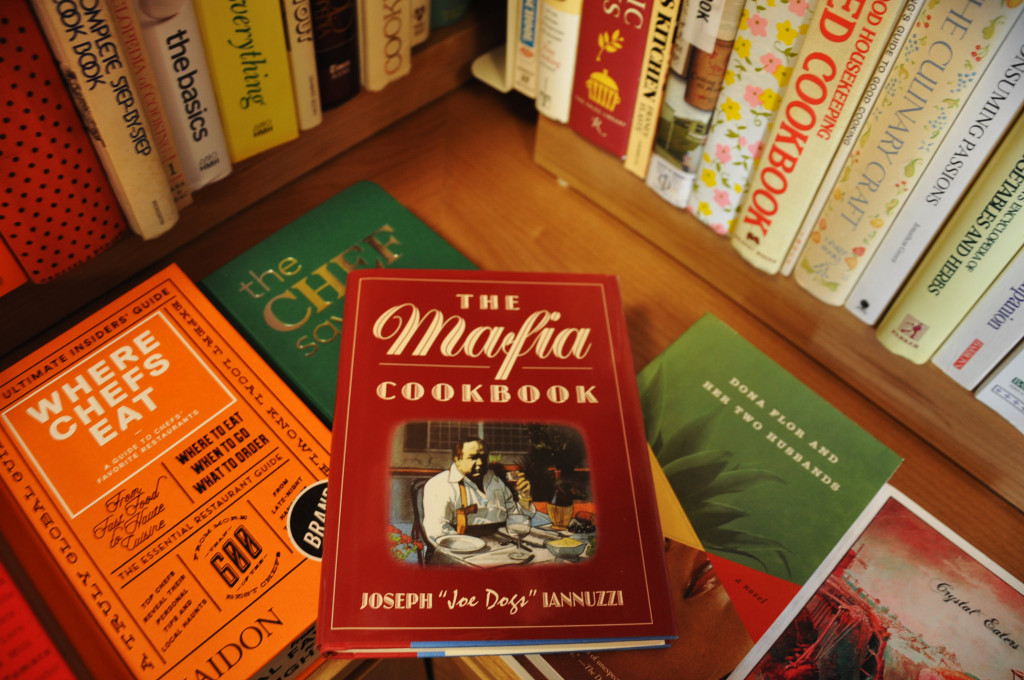 Just one of the better-than-average selection of Mafia-themed cookbooks. © Regina Mogilevskaya 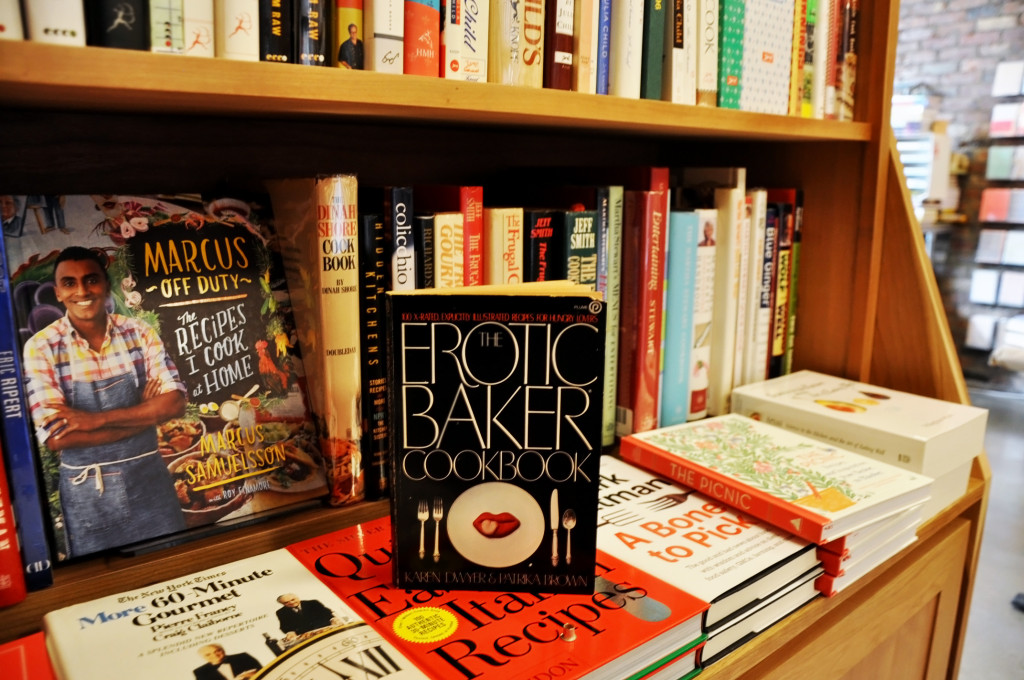 Most perused book in the store, we’re guessing. © Regina Mogilevskaya 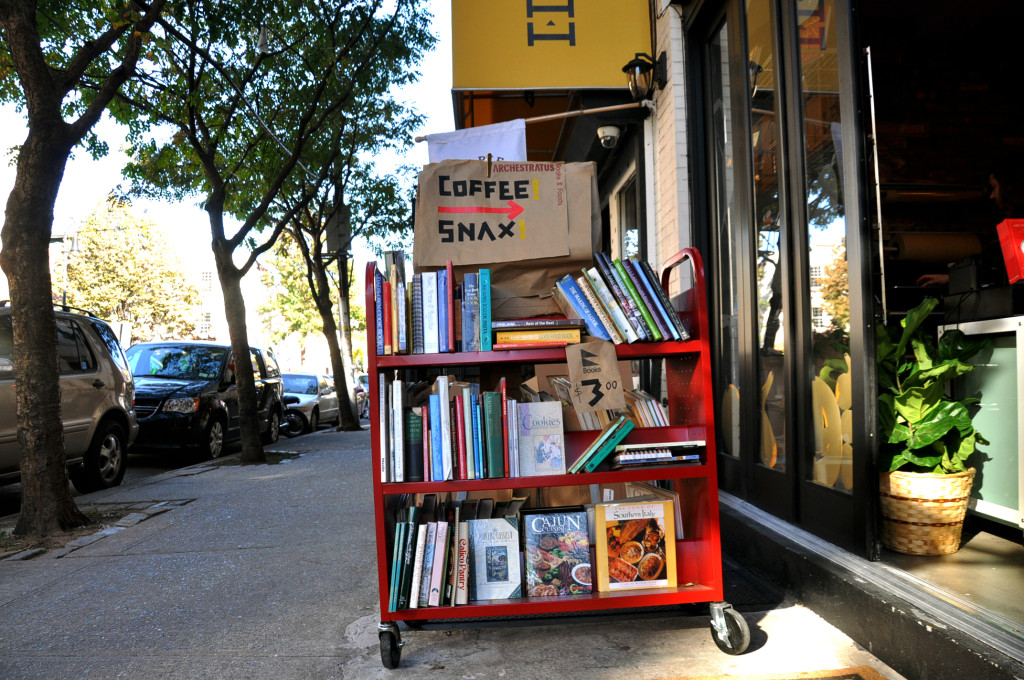 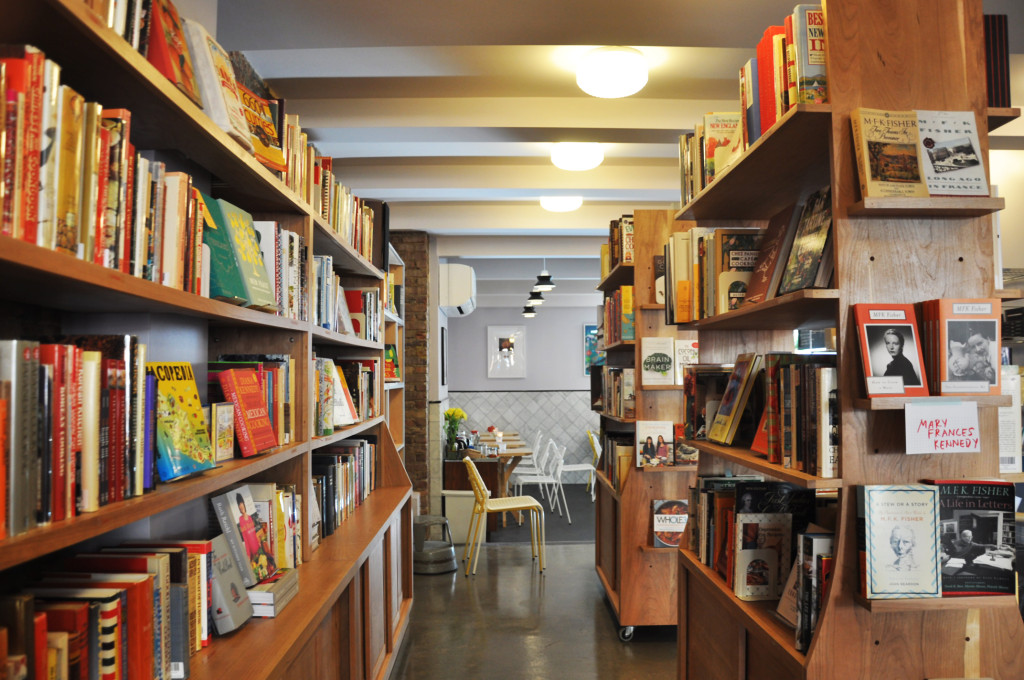 Browse, sip, or both. © Regina Mogilevskaya 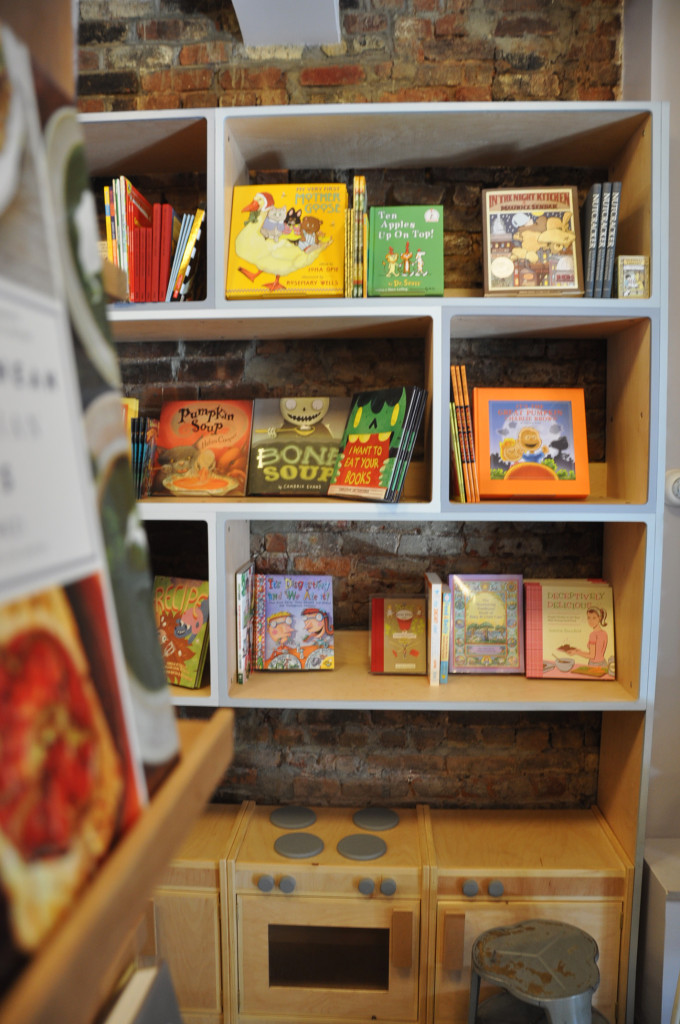 Children have their own tasty section. © Regina Mogilevskaya