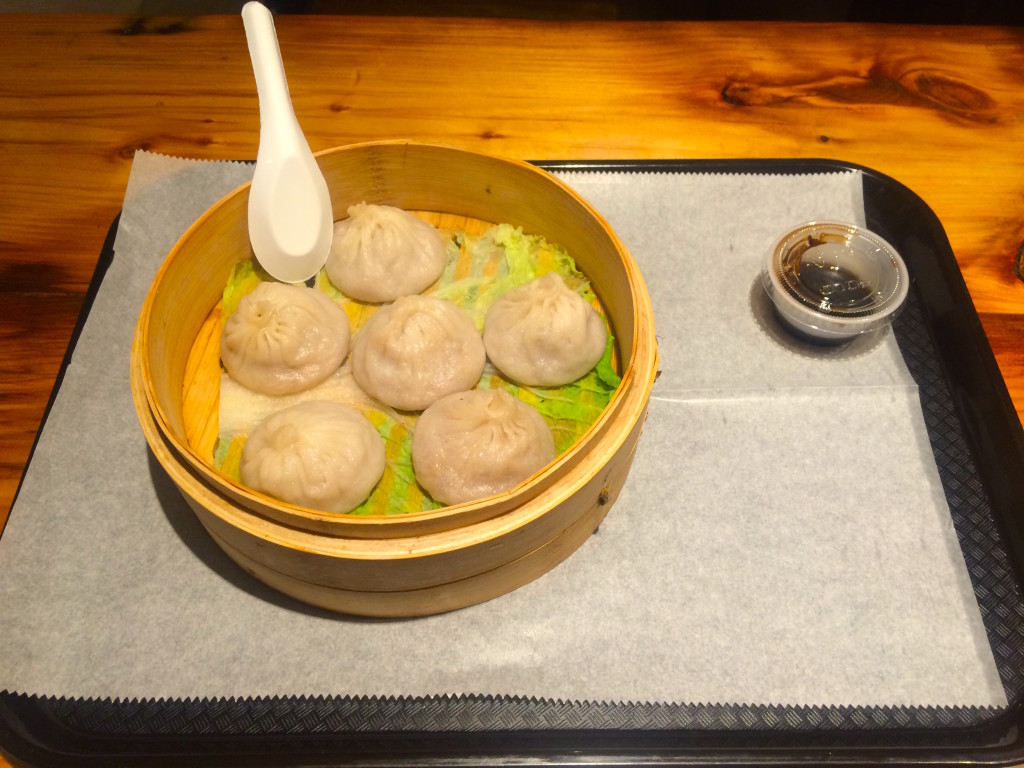 For every trendy, boundary-pushing, farm-to-table hotspot, there’s a casual, cheap eatery to match here in New York, many of them serving street food from faraway lands. Yaso Tangbao, a fast-casual dumpling restaurant that opened earlier this month in Downtown Brooklyn, is very much an example of the latter.

Located on a relatively quiet but very commercial block between Fulton and Willoughby Streets, Yaso Tangbao is a counter-serve restaurant that markets itself to street-vendor obsessed New Yorkers as Shanghai street food. The main attraction is its soup dumplings, or xiao long bao. We included the spot in our fall restaurant preview and were excited to see if the dumplings lived up to the hype.

The restaurant falls somewhere between Flushing’s Kung Fu Xiao Long Bao (and its East Village sister restaurant The Bao) and mini-chain Vanessa’s Dumplings. It has the inherent casualness of a restaurant where you order at the counter and clear your own tray, but it’s clean and the food isn’t rushed (there’s a 10-15 minute wait) or greasy. The airy space is designed in a minimalist way characteristic of the recent trend in exposed-brick walls and wood-topped communal tables in New York’s Asian eateries. There’s an open kitchen enclosed by a glass wall so you can see the chefs preparing dumplings behind the counter, a welcome contrast to the mystery of many a Chinatown kitchen.

Yaso Tangbao offers two types of xiao long bao, one with a pork and one with a mixed blue crab and pork filling ($8.50 and $11 for six dumplings). Truth be told, I didn’t expect them to be as good as they were. While everything else was served in take-out containers, the soup dumplings were served in their traditional bamboo steamer baskets. I also ordered pork shao mai, or sticky rice dumplings ($5 for four), and my resulting table spread was an odd juxtaposition of a bamboo basket, a cardboard container for the rice dumplings, a plastic cafeteria tray and disposable silverware. The soup dumplings were freshly-made and despite the occasional pre-bite leak, each one squirted out a rich broth and a chunky pork filling. The sticky rice dumplings were easier to eat given the absence of scalding hot broth and just as satisfying.

The restaurant has a fairly extensive menu split into four sections, all priced between $3 and $13. There are signature dishes, noodle soups, rice, and various small plates like sweet-and-sour pork ribs and garlic cucumber salad. Aside from dumplings, the signature section includes Shanghai-style cold noodles, fried rice, chicken sauerkraut spring rolls, and oh-so-seasonal sweet pumpkin cakes with coconut sprinkles. There’s also plenty of typical New York City Chinese take-out on the menu. In fact, it seems like Yaso Tangbao is unsure if it should focus on being a mass-appeal take-out, or a dumpling-specific dine-in restaurant. There’s a note on the menu recommending that soup dumplings be eaten in the restaurant (they don’t travel well), but everything else, including the plastic soy sauce dispenser, was geared toward take out.

All in all, Yaso Tangbao is a good option for fast and well-prepared Chinese food if you live nearby. The soup dumplings are good, but if you don’t live in the area and are looking for destination-worthy xiao long bao, Flushing is still your best bet.