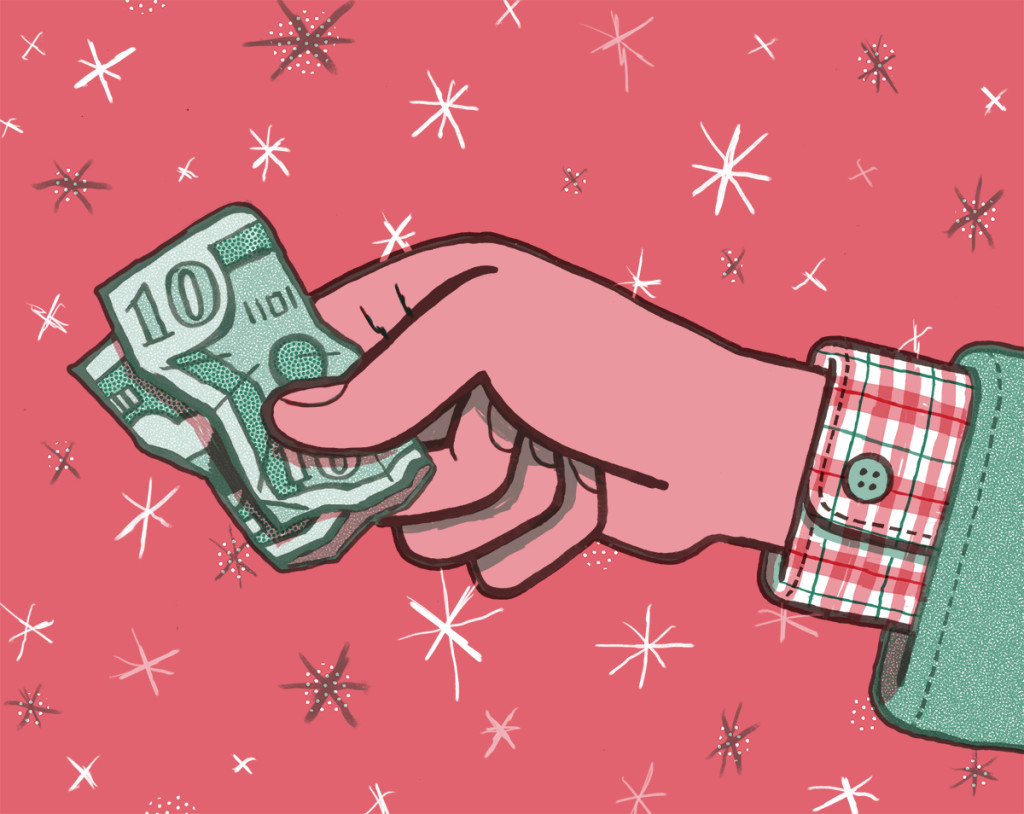 I got paid today, a lot of money for me, a great feeling. I walked through the holiday market at Union Square, wishing, hoping for anything. I ended up buying an abundance of weird and beautiful beeswax candles from the weird and beautiful honey people and some French lavender, because I believe it is calming.

Then I took the 6 to Canal Street so I could pay a stranger to touch my feet and make them work again without vocalizing grievances. The train was full, not packed, but certainly not empty, and there was definitely a smell in the air.

The first time I got on a bum train I was dazzled at my luck that the car was so empty that I could sit. It was empty for a reason. A homeless person smelled so badly that no one else, save one person, was in that car. I moved onto the next car. I deemed it The Bum Train, and talked about it with some friends, and they discussed their moments on bum trains. Recently there has been another bum train moment, one not completely polarizing, some people stayed on the train, using their scarves and coats to try to mask the smell.

I moved onto the next car again, because I do not want to smell that smell. In the world of what I can control, I can still switch trains, so that smell does not permeate me. But it does, each time, in a way. That is a person, a human being, and we are all fleeing him. And previous to him smelling that way we fled him before. This smell is the indication of a journey, a devolution of life, to reach that smell. It doesn’t happen overnight.

In most cases when you are on a bum train the person is asleep, or under a coat or the like. It’s easier to walk away from a pile of dirty clothes. I should know, I do it pretty much every morning of my life when I leave my bedroom.

On the train today the smell was apparent but not that bad. If we were out on the street everything would be fine. This was a tall man, a black man wearing a coat and sweatpants that still looked okay and some light brown shoes that looked worn, his feet were wide, wider than the soles of his shoes, I could see how his toes pressed towards the outside. He wore a cap and had a small beard with gray hair.

And I had an envelope full of money and a few stops until Canal. How do I do this? How do I give money to someone who is not asking for money. I know this man is homeless, I’m willing to make a wager on it. And that led me to the feeling of knowing that I was going home, how we feel after a long day at work and running errands and picking up these gifts for people, throwing this money around for this time of year, these trinkets we find, acceptable or not, and how we all look forward to getting home on these long dark days when the days are shortest and fuck my feet hurt.

And right now this man’s home is the 6 train. I stood up about four seconds earlier than I usually do to get off the train, I like to sit for as long as possible, and handed him a folded over ten dollar bill.

“Hey you dropped this.”

And I turned to exit but then I looked back at him and we made eye contact and I said “Good luck, sir.”

Which is what I say to every man I give money. “Good luck, ma’am” if she is a woman. Then I walked down the platform and stupid tears tried to come out of my eyeballs because it’s sad, isn’t it? It’s just sad. I should’ve given him a twenty. I walked up to the street and wished I were rich so I could just hand out twenty dollar bills to people with impunity.

I like to give money away, and I have my own completely sliding scale list of rules for it. I don’t care what you do with it. I like the honesty of giving money to people standing outside of liquor stores–I go to that liquor store, too. These rules are never set in stone, but I find that I rarely give money to the crust punk kids, unless they have dogs, or the one time the kid made me laugh with his “I heart Big Macs” sign outside of McDonalds, but fuck their cell phones. Generally they are young and strong and could totally be my dishwasher or line cook.

I give money to women with children, and people who ask on the train, I guess because that person is asking another human being for something, for help in some form. I am more likely to give money to black people. We live in a systematically racist society and I have benefitted from it. I gave a dollar to a guy who sits outside of the Garden in Greenpoint but he called me “cupcake,” and I don’t like that. Also if someone says “Thank you, baby” I reply “Don’t call me baby.” Which is how I always reply to anyone calling me “baby.”

Here’s the thing. I don’t have a lot of money, but I have more money. And I can definitely spend my money like an asshole, just tossing it around, drinking some drinks, buying records or books, some stuff from a biker lady. I tend to know when I need to really hold onto the twenty dollar bill, or that dollar bill. But most times, at the end of the day, what difference does it make? I’ve been to two parties this week with open bars. I’ve got jars of change around my apartment. Give me a break. I am disgusting.

And I don’t think I’m good for doing it. I’m not good for any of it. I’m just trying to even out some of my more base parts. Money talks, feelings suck. I have some knowledge of what it feels like to be disregarded. I see that you are a person, a person in need, that you are worth something. Maybe you won’t become a pile of really smelly clothes on the train. I will make eye contact with you, and say “Good luck” because, well, good luck. Here’s some money. Maybe it’ll buy some food, or some booze, or the hopeful scratch-off lottery ticket, or a new pair of socks. Who am I to say? It’s your money. Spend it.