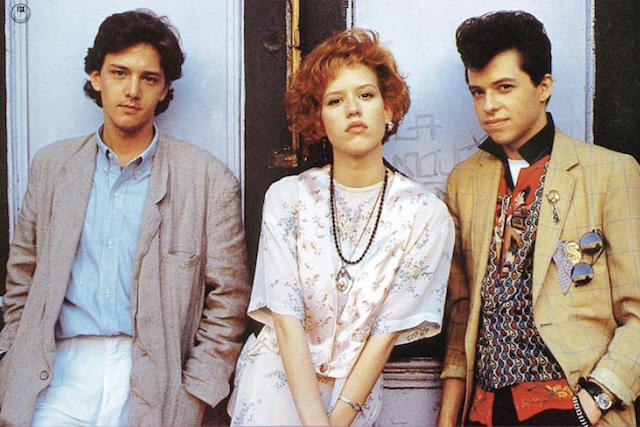 It’s been 30 years since Andie asked, “What about prom, Blane?” and Rough Trade is celebrating with a Pretty In Pink Dance Party on Friday night. Photo: Paramount Pictures

Greetings on this damp, fairly disgusting Wednesday, BB’ers! We are officially halfway through the week, so it’s high time you start daydreaming about fun stuff to do when you aren’t jammed into subway cars at rush hour or feigning interest in work meetings. Here’s a few ideas to get the wheels in motion for some well-spent free time in the Ideal Week that lies ahead.

I’ve been hearing about Jill Lindsey, the beautifully appointed Fort Greene clothing, jewelry, accessories and home goods shop with a built-in coffee and tea bar in the back, since it opened last year, but I finally had a chance to check it out myself this past weekend and was thrilled to discover that they also host a robust schedule of cool classes and events covering all sorts of topics. This week alone, the event space is hosting a pop-up dinner and wine tasting on Friday night with chef Elisa Da Prato, a DIY wood mounted plant workshop and a secret basement show featuring the musician Mississippi Cotten on Saturday, and a perfume class on Sunday. If those don’t float your boat, check out the calendar yourself because there really is something for everyone on there.

If you are old enough that John Hughes movies (and we are talking the Brat Pack ones, not Home Alone) factored prominently in your teenage years, you probably shouldn’t miss Rough Trade’s Pretty In Pink 30th Anniversary Dance Party on Friday night. Yep, you read that right, THIRTIETH anniversary. . . you should probably just order that AARP card now and get it over with. The venue is transforming itself into the movie’s record store, TRAX, just for the occasion, and they’ll be playing videos for music from the 80s-tastic soundtrack (think OMD, Echo and the Bunnymen, New Order) all night, culminating with a Duckie dance-off, naturally. Friday and Saturday nights, the Hall at MP is hosting the Johnny Cash 84th Birthday Bash, which means two full evenings of live performances of the Man in Black’s beloved hits by Alex Battles, the Whisky Rebellion, and special guest Miss Linda Hill.

Finally, there are still tickets left to see bestselling author and journalist John Krakauer discuss his latest book, Missoula, at the Brooklyn Public Library’s main branch on Tuesday night at 7:30pm. After exposing the nuances of the Mount Everest climber subculture and the Mormon church, among other topics, Krakauer is now tackling sexual assault on college campuses, and the result of his characteristically meticulous research is sure to be a thought-provoking and insightful take on a complex and vexing issue that we are unfortunately a long way from solving.

For more tips on how to spend Your Ideal Week in Brooklyn: The Almost March Edition, read on: 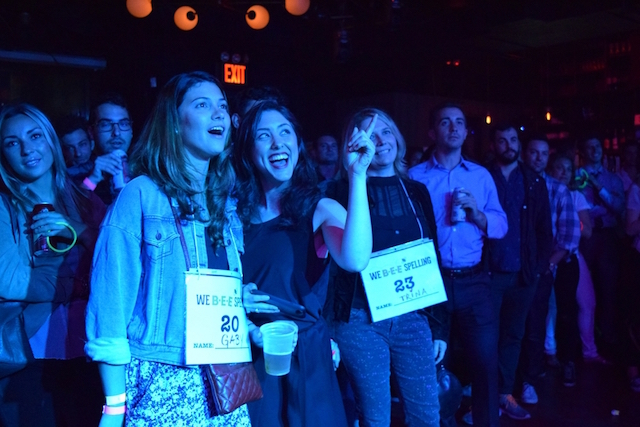 Thursday, Feb. 25 Were you the type of kid who rocked the spelling bee every year in your elementary school? Maybe it’s time to relive some of those glory days, with the welcome addition of booze, hosts Wil Miles and Kyle Ayers and a very special musical guest, actual prizes, and the chance to contribute to a great cause? If so, you should check out We Bee Spelling at the Knitting Factory this Thursday night. All proceeds from your ticket will fund We Bee Growing, an urban farming and education initiative that will include a workshop for students at P.S. 15 in the Lower East Side. The show starts at 7:30, but if you arrive early you can take advantage of happy hour, which means $1 cans of Bud and a $5 burger. Looking for a slightly more upscale dining experience? Head to Grand Street for East Williamsburg’s annual restaurant week, where you can get great deals at local spots like Dar 525, Le Barricou, and Masha and the Bear. –K.H. 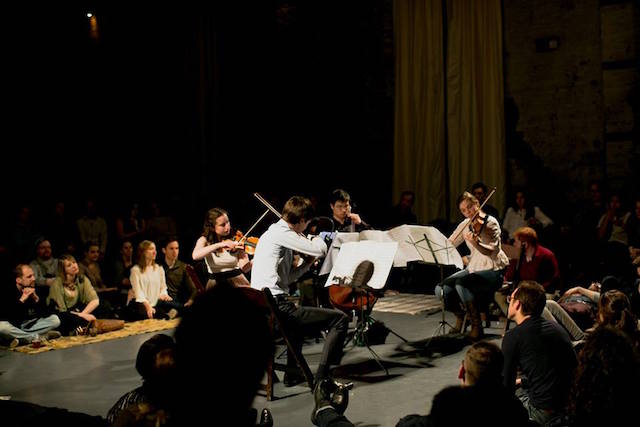 Friday, Feb. 26 Groupmuse, the company that brings open-to-the-public classical music performances to apartments and other unique venues around the city, works overtime to find new and interesting ways to grow interest in the genre. This week, they are going above and beyond, partnering with rock climbing studio Brooklyn Boulders to host the next Massivemuse, an hour-long classical music concert featuring live Bartok and Tchaikovsky performed by Shattered Glass, a 15-piece string ensemble, plus free beer from sponsor Sixpoint Brewery. That’s not all though—your purchase of a $29 ticket also gets you a free day pass to Brooklyn Boulders, gear included! The performance begins at 9:30pm. –N.R. 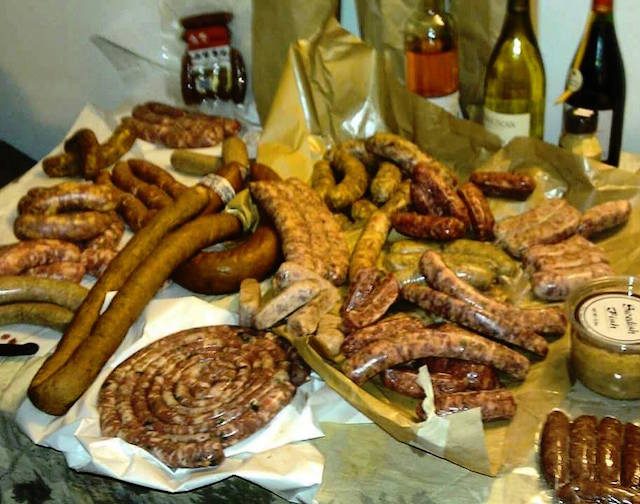 Saturday, Feb. 27 One of the worst parts of winter, as far as I’m concerned, is the weather-imposed lack of bbq parties, and that’s why Saturday’s Winter’s Grind at Arrogant Swine is a welcome beacon in the dark, gray cold. Proprietor Tyson Ho is enlisting some fellow chefs to help him produce an array of handmade sausages, including a Thai green curry variety, Arrogant Swine’s famous sausage ring, and a vegetarian option too. And there’s more–beer experts Joshua Bernstein and Chris Cuzme have rounded up 10 of the city’s best homebrewers and 15 local breweries to provide a curated list of libations to accompany the food. The addition of heated tents will ensure that you can even hang out outside just like you would at a real summer cookout, gross cold rain notwithstanding. Tickets are $45 and the fun starts at 1pm. –K.H. 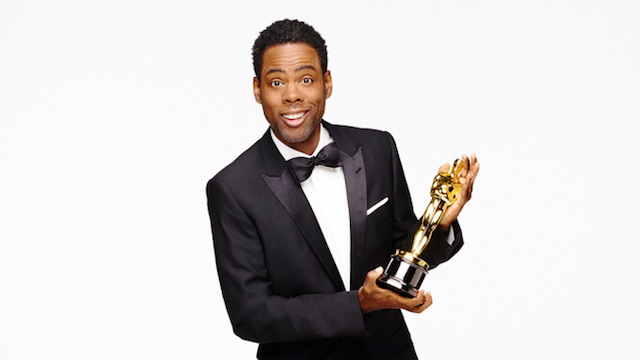 Sunday, Feb. 28 Sunday marks the 88th Annual Academy Awards and I think we can all agree that even with Chris Rock hosting, the broadcast is going to be too long and drawn-out to watch alone on your couch. That’s why if you don’t already have a party to go to, you should head over to Littlefield for the second annual free Oscars screening party thrown by our friends at The Skint. For the very reasonable price of zero dollars, you get to watch the awards ceremony on the big screen, popcorn, a red carpet entrance, a photo booth, and a ballot to vote on the winners for the chance to win prizes. You’ll also be among a fun group of new friends as you take in every awkward teleprompter gaffe, every noteworthy outfit, every deserved dig at the lack of diversity in Hollywood, every touching victory speech, and every minute of that brutal Ernst & Young tabulation explanation. Show up at 6pm to catch all the pre-show red carpet action. –K.H. 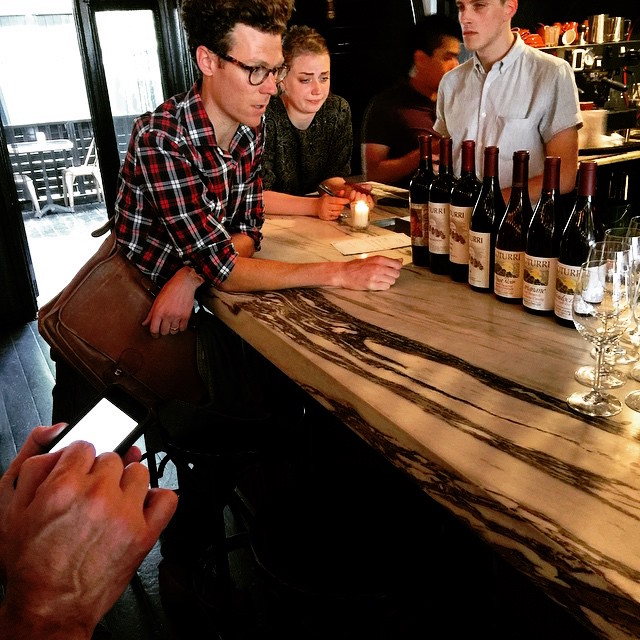 Monday, Feb. 29 So, you slept on buying tickets for The Big Glou natural wine fest at the Wythe Hotel this weekend and now they are all sold out? Don’t worry, you can still sample some awesome natural pours at a special Post-Glou Winemaker Party at Court Street’s June Wine Bar on Monday night. The vino aficionados at June have gathered up nine of their favorite winemakers from all over the globe, including Bodega Cauzon, Domaine du Pech, Renaud Boyer, and Living Wines Collective, and delicious reds and whites will be flowing from 5:30pm to midnight. I visited June on a recent cold night, and can attest that the marquee lights and massive white marble bar provide the perfect atmosphere to savor a glass or two. The dinner menu, from Henry Rich of Rucola and Tom Kearney of the Farm on Adderley, doesn’t disappoint either. Salut! –K.H. 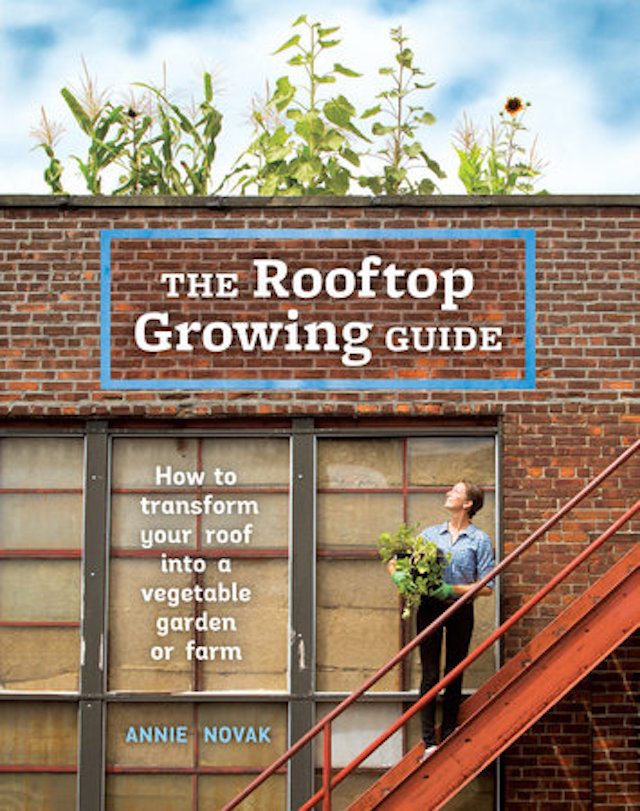 Get a jump start on this year’s garden at Brooklyn Brewery’s launch party for The Rooftop Growing Guide. Photo: Penguin Random House

Tuesday, March 1 It may be hard to believe it right now, but we are only 24 glorious days from the start of spring and the soul-warming sunshine that comes with it. For anyone interested in making the most of warmer weather, there’s the Brooklyn Brewery launch party for The Rooftop Growing Guide, a new book from author and urban gardening expert Annie Novak taking place this Tuesday night. Best known for opening the first fully landscaped green roof farm in the country, Novak is the perfect person to teach you the ins-and-outs of soil maintenance, crop management, watering, and everything else you need to know to get your own crops growing no matter where you live. Tickets are $15 if you just want to mingle with fellow rooftop farm enthusiasts or $30 if you’d like to mingle and go home with a book. The party begins at 7:30pm. –N.R. 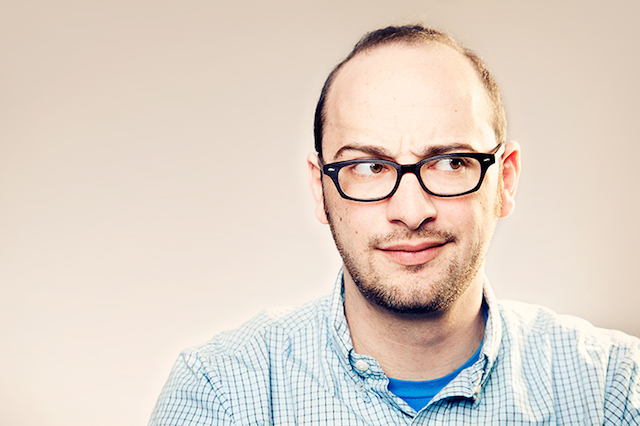 Wednesday, March 2 If there’s anything NYC is lacking, it’s practicality. It takes way longer than it should to get anywhere, we pay way too much to live here, and we stay up way too late. Enter The Sensible Show, a brand new comedy show at Annoyance Theatre in Williamsburg that starts at a sensible hour, costs a sensible amount of money to attend (just $5), and features standup comics that every sensible comedy fan should check out. Wednesday’s lineup includes Josh Gondelman, who writes for Last Week Tonight and who recently had a killer set in the Sarah Silverman and Friends show at BAM, the very funny Aparna Nancherla, who writes for Late Night with Seth Meyers, Mary Mack of Comedy Central fame, and special guests. The show begins at 7pm. –N.R.