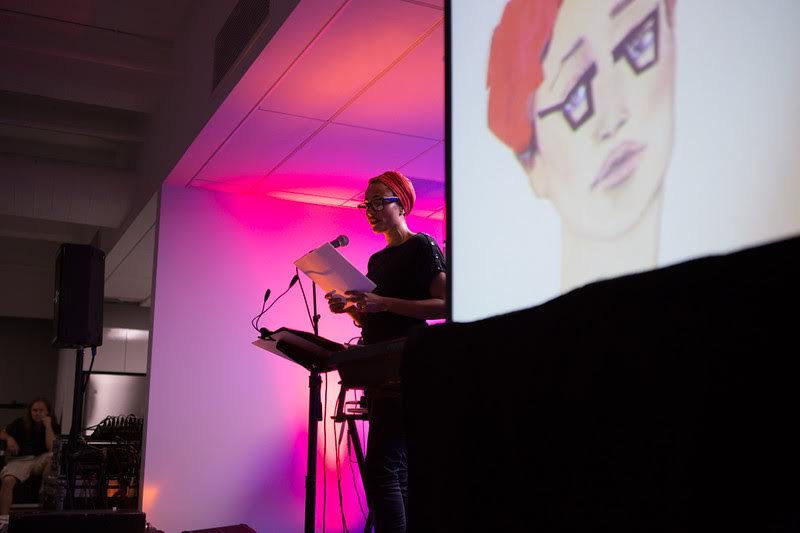 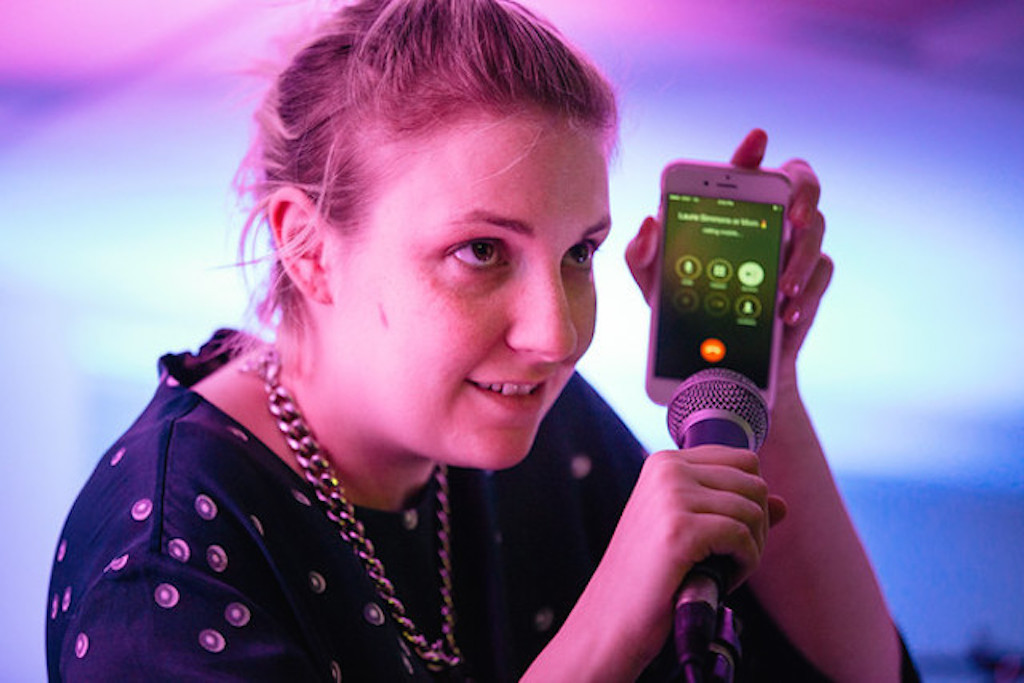 After 13 years as one of the city’s most original literary gatherings, the Happy Ending Music & Reading Series is literally ending, at least in its current format. Its last live edition in Manhattan is May 18 at Symphony Space, and the final lineup brings together all the elements that host and creator Amanda Stern introduced to NYC audiences back in 2003, when the series debuted in a downtown massage parlor turned bar, Happy Ending. Instead of simply putting the authors Charles Bock, Belinda McKeon and actress and poet Amber Tamblyn on stage to read from their work this Wednesday night, Stern has also lined up a musical guest—Ani DiFranco—to perform sets, and has reserved a space on stage for artist Kate Neckel to “live draw” the event as the audience watches her real-time illustrations on screen.

I first saw Happy Ending at Joe’s Pub, one of the many venues the series called home over the years. As someone whose mind easily wanders while listening to a lone writer behind a mic, Stern’s series could sustain even a drifter like me. Bringing all these different artists together on stage has that effect on the brain. And with Stern, an author who can work the room like a comic as the host, she made the typically slow-paced literary event captivating. 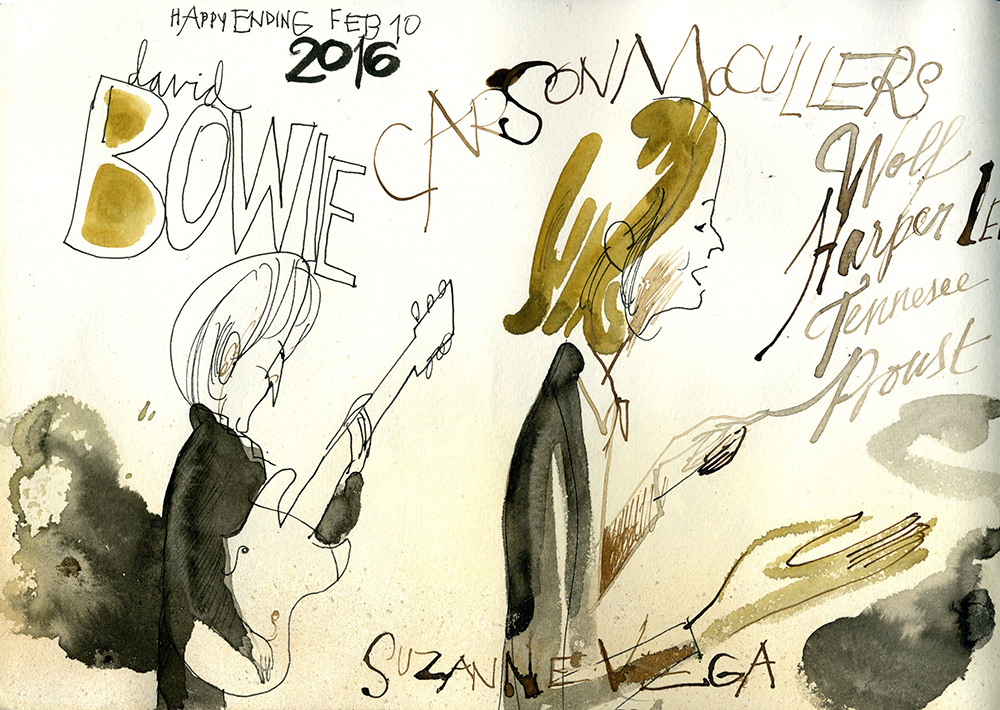 “My personal feeling is that when you create a cultural event, the offering should be original, emanating from a part of your personality, core beliefs, and values, and not simply act as a mirror of what already exists,” Stern, a Manhattan native turned Brooklynite, told us by email. “Happy Ending was my solution to the absence of the community I wanted, but couldn’t find, and that community had personality, was collaborative and inclusive, integrating different artistic mediums and varying ways to communicate…I grew up in the MacDougal-Sullivan gardens with two dozen kids, and together we wrote, directed, produced and acted in plays. It took a few years of hosting and producing Happy Ending for me to realize I was simply recreating my childhood, only now I was doing it in a bar.”

The series’ past authors and storytellers–Jennifer Egan, Mary Gaitskill, Richard Price to name a few–likely occupy a considerable chunk of your bookshelves. Vampire Weekend, Aimee Mann and Moby were all among the past musical guests. Each, at Stern’s behest, had to coax the crowd into a sing-along.

Penina Roth, who runs one of Brooklyn’s best-known literary series, The Franklin Park Reading Series, credits Stern with altering the DNA of your typical author event.

“The Happy Ending Music and Reading Series was very inspiring to me when I started out,” Roth explained, “because it demonstrated how a performance-based lit series could be as exciting as a night at the theater.” The component that stood apart to her then, and now, is “the moment when authors have to take a risk. To name a few–I’ve seen Stephen Elliott recruit an audience member for a make-out session, Jennifer Egan present sketches she’s made of the other readers on a dare from her son, Zadie Smith draw on her pregnant belly with a marker, and Sarah Manguso read her psychiatric records.”

The risk is an ice-breaker and entertaining interlude in one, a trademark of the series that Stern came up with after her own book tour for The Long Haul. “I felt a strange compulsion to make people laugh before I could read from my book, but once they laughed, I felt I was in safe hands and could get on with the reading part of things,” said Stern.

“With Happy Ending, my goal wasn’t only to humanize authors to audiences, but to force them to focus on something other than their reading. That way, they’re too worried about their risk to bungle their readings. It’s a win-win.”

Stern has her own personal favorites, like “Etgar Keret’s smoking an entire joint onstage while telling a story about the last time he smoked an entire joint” or Arthur Phillips living out his dream of being a Matador by “stabbing” a mechanical bull on stage, in full Torero garb.

“But truly, even non-show-stoppers like exposing a scar or tattoo were wonderful because they created an intimacy that didn’t exist before.”

These candid moments with beloved authors will not disappear entirely: Stern has plans to turn the series into a podcast. How all of its signature elements—like the live drawing—will exist within an audio segment is unclear, but, she says, “someone much smarter than me will come up with a solution.”

In the meantime, Stern is ready for a different sort of risk. “I need to focus on my own writing career, which has suffered because I’ve put Happy Ending first, using it as an excuse to not write. But, I’m less afraid now than I used to be, and so it’s time to swap places and put my writing first and Happy Ending second. If the series is smaller, less frequent, mainly a podcast, with a handful of live events two blocks from my apartment, that’s a really good start.”