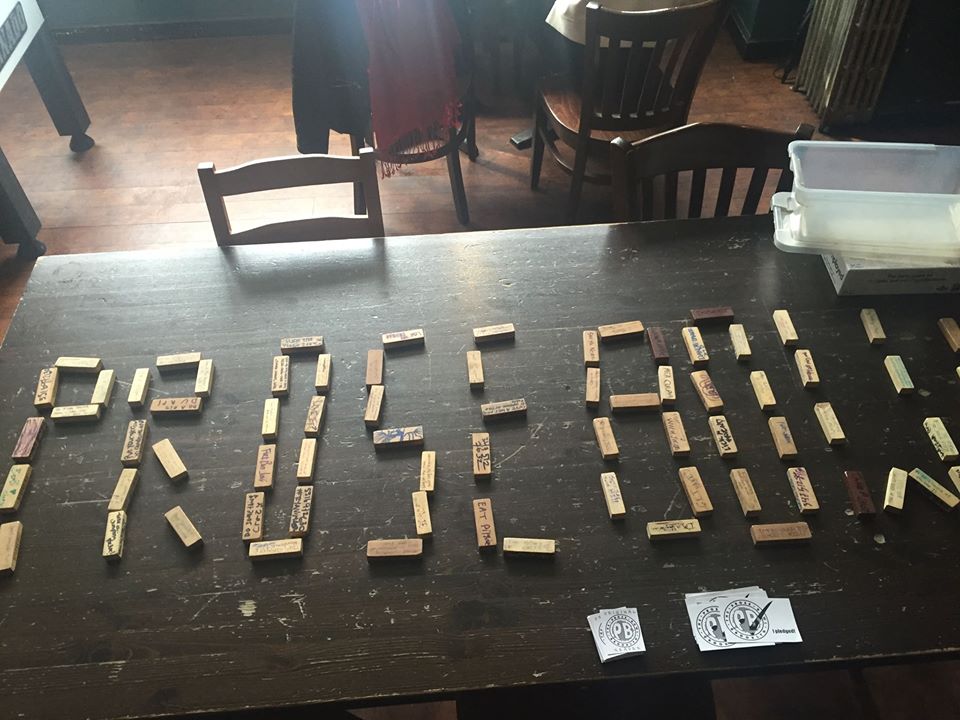 The latest Prose Bowl is tonight, May 17 at Pete’s Candy Store in Willimasburg. Photo: Prose Bowl

Those of us with more literary than physical dexterity have a new contest to call our own.

According to founders Christopher Green and John Hague, the Prose Bowl, a monthly reading series at Pete’s Candy Store in Williamsburg, is “part reading, part blood sport…like American Idol, but for fiction.”

Green and Hague met at an intensive writing workshop, and bonded over their desire to create a space for writers to read their work publicly that didn’t require the cover charge of MFA tuition or the subjective stamp of approval from a literary journal. They started Prose Bowl, “to get writers out of the dark corners of their apartments and in front of an audience,” they said in an interview. Hague, who has a background in stand-up and improv, likened their vision to a literary version of an open-mic night, a reading with a sense of humor and competitive edge.

The set up is simple. Hopefuls come ready with a five-minute story and enter their names into a hat, and four are picked to read. Each is judged by a three-person panel whose comments are approximately half constructive feedback and half jokes. Two readers are chosen by the volume of audience applause to move on to the lightning round, when they read an even shorter story, just the length of a tweet. The winner receives a free drink and a doo-dad of infinite impracticability. The night I attended, said doo-dad was an adorable terrycloth towel with a duck head. 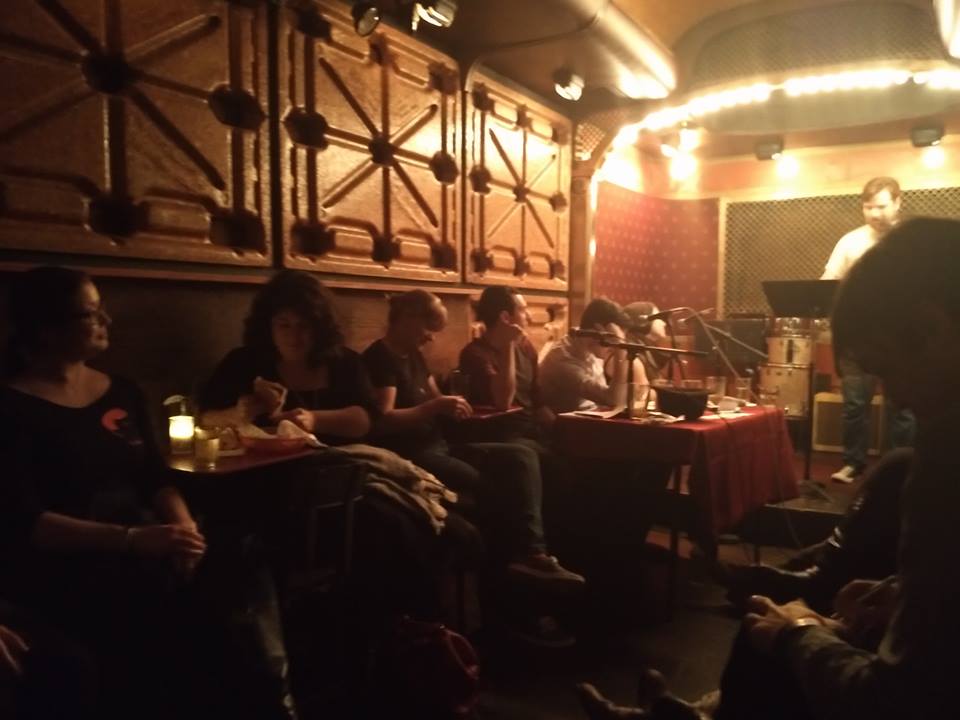 Hague, who hosts the show, noted that the hat is a great equalizer, one that doesn’t care where (or if) you’ve been published or whether you have a degree. Once four readers have been chosen, Hague gets the show started with some ground rules, banter and by introducing the judges panel, which always includes Green (the Simon Cowell to Hague’s Paul Abdul, they joked). Jordan Zolan is a frequent fixture at the judges table, and on the night I attended, author Kaitlyn Greenidge whose book We Love You, Charlie Freeman, came out in March, was there to assess the performances as well.

We listened to a wry dating story (best line: “never in my life have I met someone I felt so neutral about”); another about mental illness and family, with a narrative misdirect worthy of a thriller; a letter written from the point of view of a caterpillar; and my favorite of the night, an unsentimental portrait of a nursing home health aide and the woman she cares and buys cigarettes for, performed with accents.

If the crowd, which threatened to overflow the narrow backroom of Pete’s, is any indication, the event is clearly striking a chord with writers, many returning month after month to drop their name in the hat and then take a seat.

Hague and Green ran a successful Kickstarter campaign earlier this spring, which raised $1150, (150% of their original goal) to expand Prosecast, their podcast. The first episode of Prosecast included a story recorded at the March show, an interview with Greenidge about the highs and lows of birthing a novel (not to mention getting an agent and editor), and a roundtable discussion with Hague, Green, and two former Prose Bowl contestants. They just released a second episode in anticipation of their show on May 17.

In the future, Hague and Green plan to interview agents, editors, and publishers, as well as writers, to give listeners practical advice about how to break into publishing. The additional funding from the Kickstarter will also allow the team to buy better recording equipment, and perhaps book recording space to avoid the pitfalls of recording an interview in a diner, or of the host’s pets chewing on mic wires.

They’ve also earmarked Kickstarted funds for a supersized version of the show that they’re calling the Super Prose Bowl, at the Kraine Theater on East 4th Street. On June 19, three pairs of previous bowls will compete for greater glory, and even more glorious prizes.

In the meanwhile Hague and Green have set their sites on improving the lots of writers in search of an audience, with plans to turn the Prose Bowl into “the minor leagues of the literary world,” where editors and agents can come to see up-and-coming talent in an informal setting.

The Prose Bowl takes place the third Tuesday of every month at Pete’s Candy Store in Williamsburg. The Super Prose Bowl will be June 19 at the Kraine Theater. More details will be announced on their website and on the Prose Bowl Facebook page.