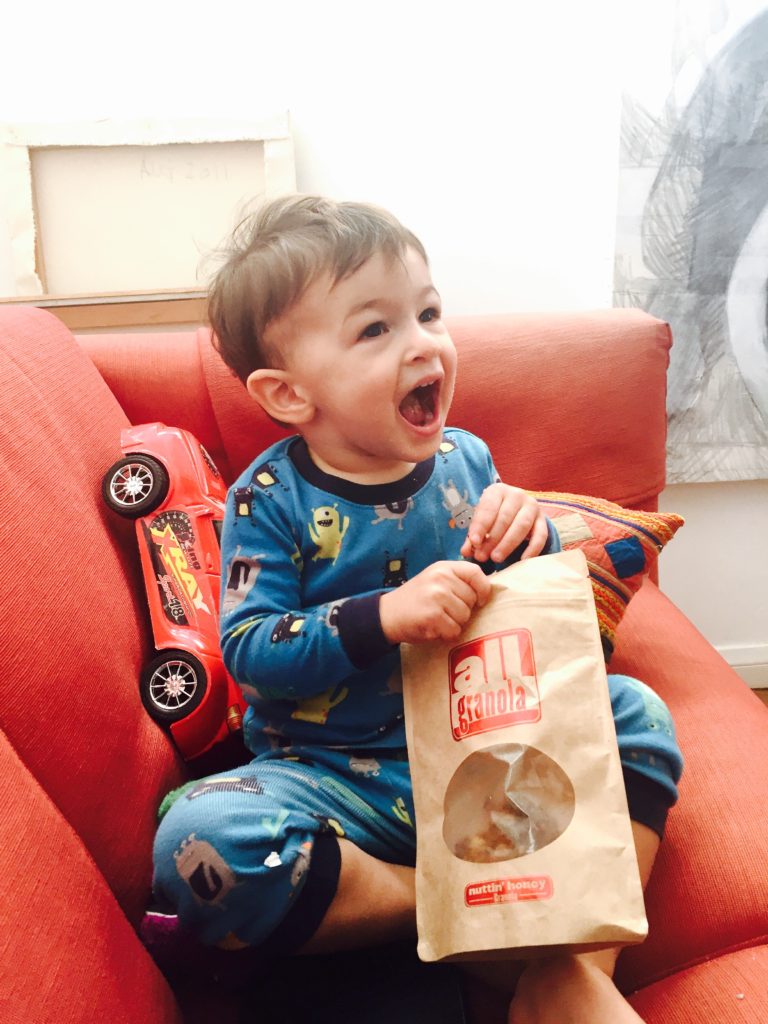 Amy Leipziger had been making granola for years, using a simple recipe she learned from her mom. Then in 2014 she became a mom herself, and started to tinker with the recipe, not because she was tired of the the way it tasted, but because she wanted to create a granola that would help boost her milk supply.

She tried lactation cookies, which are essentially chocolate chip oatmeal cookies with brewer’s yeast—both the yeast and oats are part of a family of lactogenic foods that are known to known to help nursing mothers increase their milk supply. But, said Leipziger, “I was with a new baby, and had 25 extra pounds I was struggling to lose, and the constant influx of sugar wasn’t making me feel good.” She also supplemented with Mother’s Milk tea, fenugreek tablets and oatmeal. By the time July rolled around, through, she was no longer in the mood for hot cereal.

So the non-profit lawyer, on maternity leave, spent her five-month-old’s nap time in the kitchen, turning her homemade granola, already rich in oats, into a kind of super lactogenic food that would also give her a quick hit of energy while she was nursing. The trick was finding the right balance of salty and sweet, using lactogenic ingredients like fenugreek, brewers yeast, oats, flax seed, and almonds. Brewer’s yeast is bitter and salty, and fenugreek can be overpowering, so she added a mix of agave and honey, along with cinnamon and other spices to create her first All Granola flavor, Milkin’ Honey, which has a chai-like flavor.

“Ben, my husband, was eating it, and he said, ‘This is really good, you could sell this.” He kept prodding her to make a granola that was not meant to aid lactation—one that anyone could snack on. This led to her second variety, Nuttin’ Honey, a high-protein granola with red quinoa for an energy boost that Leipziger’s husband could use during all-day meetings, and his nights on dad duty. Like the original, it too is moist and not overly sweet.“It’s much simpler—it’s nuts and honey and toasted red quinoa,” says Leipziger. “Slightly sweet, a little salty.”

All Granola doesn’t break down its nutritional content, but based on the amount of honey in these varieties–just one cup to three-quarters per batch–and a little back-of-the-envelope math, it contains about 5 grams of sugar per half-cup serving, similar to the healthiest granolas in this recent story that compared the cereal to dessert.

Leipziger has been steadily building a fan base, selling at Artists and Fleas since May of last year, and turning family and friends onto All Granola, too–like her OB/GYN. In fact, it was during Leipziger’s annual checkup that she hit upon the idea of creating a prenatal version for expectant mothers. Her doctor immediately offered her expertise, telling her, “This is what a prenatal granola would need: Omega-3s, calcium, and folic acid.” 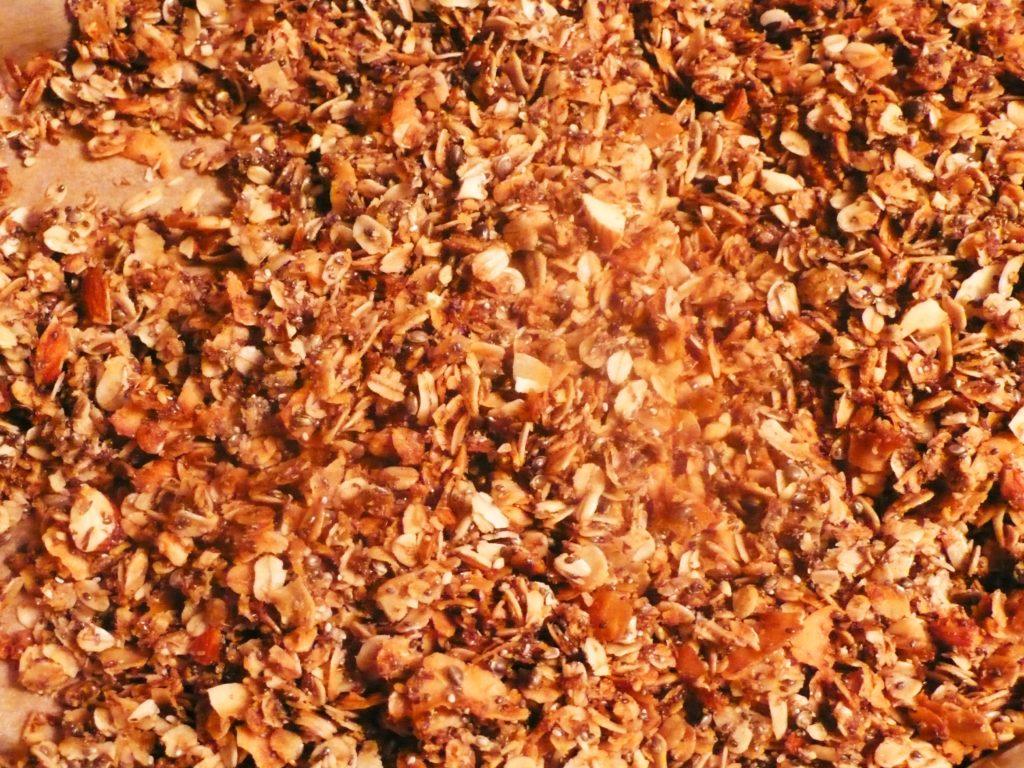 A batch of Lil’ Honey in progress. The ingredients are rich in omega-3s, folic acid and calcium, which expectant moms need. Photo: Amy Leipziger

She created her third variety, Lil’ Honey, with these nutrients. “It’s my delicate granola,” says Leipziger, and the one that her son, Colin, now a toddler, most often eats. It’s filled with chia and hemp seeds, pulsed almond, unsweetened flaked coconut, a touch of ginger for sensitive stomachs in the first trimester, and true to its name, very little honey.

“I tell my friends who are pregnant, it’s not a replacement for your prenatal vitamins, but everyone will tell you that best way to get vitamins into your body is through food, so it’s a good supplement.”

Right now, Leipziger is working on a fourth variety that is definitely more in the dessert granola camp—a bourbon-infused granola that she’ll be debuting at food fairs this fall like the Hester Street Fair, the artisan fair at Grand Army Bazaar and at One More Bite, our family food fair on Oct. 23. (You can also order her current varieties online, through her site).

The bourbon is infused into the maple syrup and the dried cherries, whose sweetness is balanced by salted hazelnuts.

“It’s great on ice cream and fruit,” she says.

The working name? Mommy After Dark.