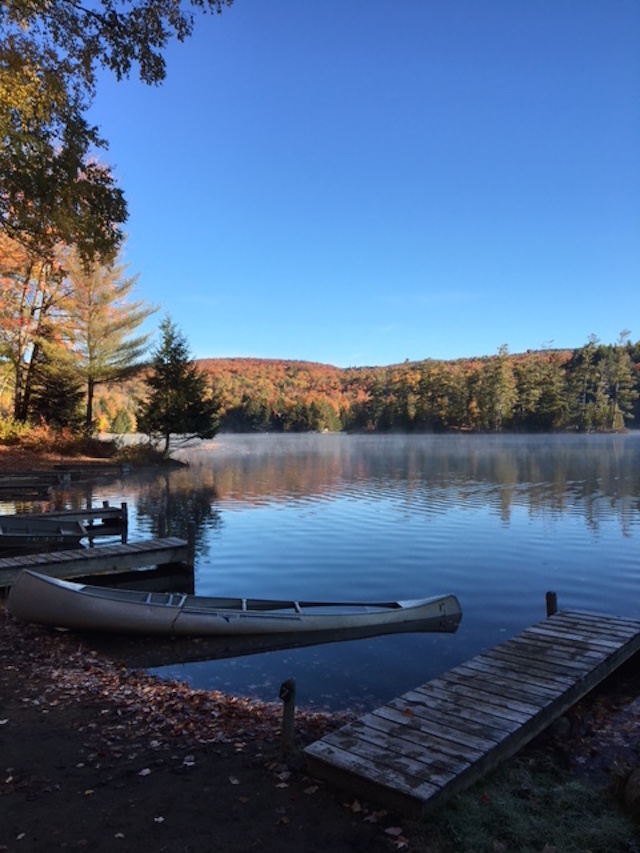 The Adirondacks are so beautiful this time of year it almost seems fake. Photo: Kate Hooker

Wowie, would you get a load of this weather?! I don’t know whether to be happy or slightly alarmed that it’s late October and I had to run my AC for the past two nights, but I gotta admit that the sun feels good on my face this afternoon so I’m going with it! It’s sort of hard to fathom that I had to buy wool gloves when I was up in the Adirondacks this past weekend for The Billycan, a fun and activity-filled retreat at the beautiful Morningside Camps (see my borderline fake-looking Instagram pic above). If you can swing it, I highly recommend a trip out of the city while we’re in this sweet spot of comfortable temperatures and explosive fall foliage because it was a much-needed reset for me. For example, this weekend is a great time to explore Storm King before it closes up for the winter, or you can head out to the North Fork for this weekend’s Communion Fall Weekender music fest by the beach.

If a lack of wheels makes an apple-picking or pumpkin patch foray more trouble than it’s worth, don’t sweat it. There’s plenty happening here over the next seven days to put together an Ideal Week with nothing more than a Metrocard. For starters, I’m going to plug our very own Brooklyn Based family food fair, One More Bite, which is going down on Sunday from 11-3pm at the Green Building. But there are loads more ideas to keep you busy between now and next week, assuming we can all get through the third and final presidential debate tonight without being driven to madness. Enjoy summer, the remix, while it lasts and best wishes for a terrific week! 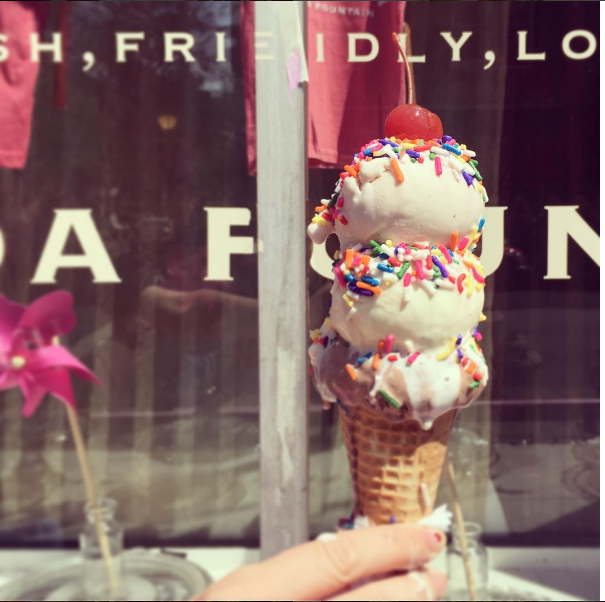 Brooklyn Farmacy is just one of the 30-something local eateries included in the Tastes of Brooklyn Restaurant Crawl. Photo: @BrooklynFarmacy on Instagram

Carroll Gardens and Cobble Hill are two neighborhoods that aren’t lacking in the delicious food purveyor department, but Thursday brings a unique opportunity to take advantage of the local bounty. The first ever Tastes of Brooklyn Restaurant Crawl, which harnesses the power of 30-odd area restaurants and seasonal local ingredients to benefit Seeds in the Middle, a nonprofit dedicated to helping Brooklyn kids stay healthy, is coming to the stretches of Smith, Court, Clinton, and Henry Streets just south of Atlantic Avenue. A smattering of scrumptious spots including faves like Sahadi’s, Caputo’s Lobo, Brooklyn Farmacy, Strong Place, and many more, will be serving up special small plates and drinks in honor of the occasion. Take a stroll through the hood while it’s sill nice out and give your midweek dinner routine an upgrade at the same time. You can find tickets here at varying price points (four tastes for $20, 11 tastes for $50, 12 tastes for $55, etc.) and food will be available for the taking from 5-8pm.

Given the high degree to which I consume podcasts and public radio programming, I’m shocked that I’ve yet to experience Live Wire, a popular entertainment show touching on all aspects of the zeitgeist and hosted by Luke Burbank. Friday is a great time to test it out, as the whole operation will be taping live from Littlefield starting at 8pm. This particular episode is being produced in collaboration with The UnConvention, whose mission is to promote meaningful conversations about this year’s election season among millennials through broadcast, digital, and live events. Special guests include Jad Abumrad and Robert Krulwich from Radiolab; Baratunde Thurston, who you probably know best from his work at The Onion; and Roopa Vasudevan, who studies digital breadcrumb trails and their reflections and effect on societal mores. Ticket prices range from $10-$25. 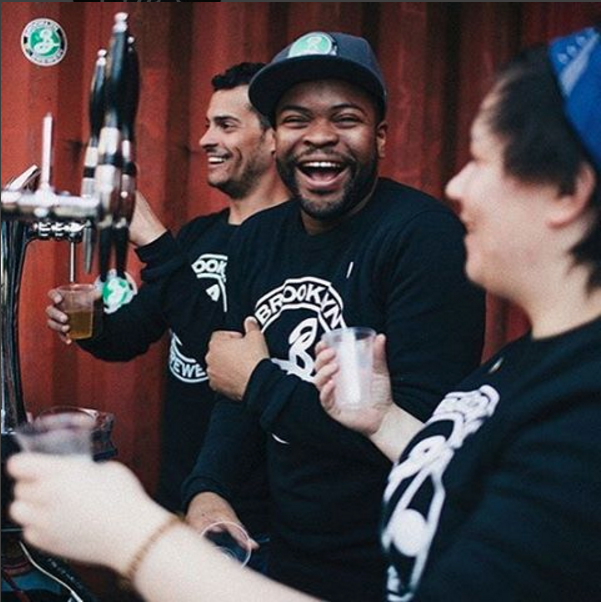 Brooklyn Brewery will be at The Well for Blocktoberfest on Sunday. Photo: @BrooklynBrewery on Instagram

NYC Brewers Guild is presenting its third annual Blocktoberfest on Saturday afternoon from 12:30-5:30pm, and Bushwick’s The Well will be hosting more than 15 local craft breweries who will be pouring 50+ lines of beer to raise money for New York City Beer Week. Tickets range from $10-$30 if you buy them in advance. If you want to get an education about the fascinating history of North Brooklyn’s beer trade whilst you indulge, check out beer expert Chris Heuberger’s guided walking tour of Bushwick’s Brewers Row at 4pm. Tickets to that are $30 and include a celebratory pint back at The Well.

If you’re not feeling quite so beer-motivated on Saturday, and you also want to stay in the South Brooklyn area, you can hit up the annual Smith Street Soup Festival from 1-4pm or a Day of the Dead Party brought to you by the peeps at the Morbid Anatomy Museum, who–let’s face it–can definitely pull this off better than anyone else you know. Tickets are $20 and the revelry begins at 7pm. 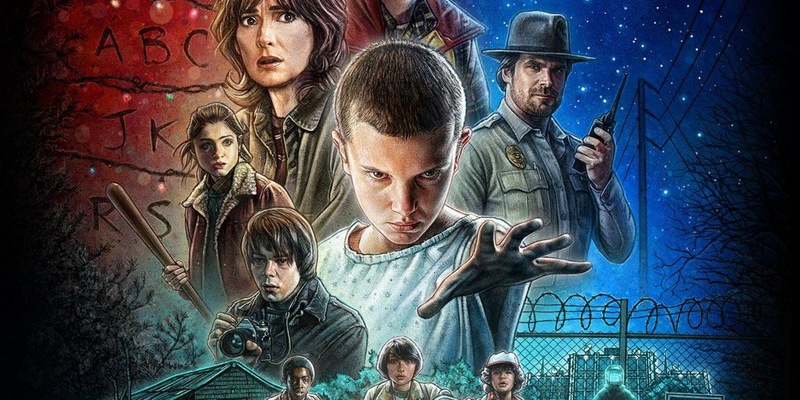 It’s been a few years since we’ve had the ever-popular Brooklyn Bacon Takedown in our lives, but it’s back with a vengeance this Sunday at Bushwick’s Arrogant Swine. Starting at 2pm, you can dive right in to all kinds of tasty recipes featuring showcasing the universally-loved porcine delicacy, all for the price of a $20 ticket. Alternatively, Prime Meats and Frankie’s 457 will be serving up beer, kraut, sausage, pretzels, and other German-inspired fare at the team’s annual Fall Festival in Frankie’s beautiful outdoor garden from noon-6pm. Admission is free and tickets for food and drinks will be available for purchase at the door. Finally, did the conclusion of your Stranger Things binge-watchathon leave a hole in your life? Good thing that Lot 45 is hosting a weekend-long party inspired by the runaway Netflix hit, complete with awesome 80s music, trivia, D&D, costume prizes, a BMX giveaway, and waffles (duh!). Sadly, Friday and Saturday are sold out already, but you can still snap up tickets to the Sunday soiree, which starts at 10pm, here. 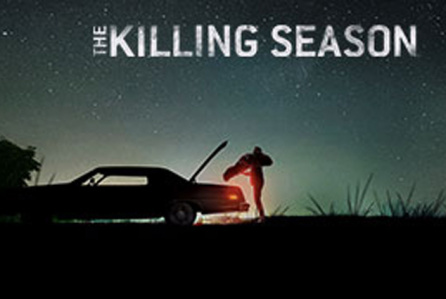 There are a few of us here at BB who have–to put it mildly–a penchant for true crime, and so it was only to be expected that Nitehawk’s upcoming preview of A&E’s new docu-series about a still-at-large serial killer would catch our eye. On Monday night starting at 7:30pm, Nitehawk will screen the first two episodes of The Killing Season, which follows the investigation of the unsolved murders of ten people whose bodies were discovered five years ago on Gilgo Beach, Long Island. The show is executive produced by Alex Gibney, who you might recognize from his work on Going Clear, the Scientology documentary that aired on HBO a few years back (a few of us at BB are also obsessed with cults), and will not officially hit the airwaves until November 5. Filmmakers Joshua Zeman and Rachel Mills will be on hand for a Q&A and every $16 ticket purchase guarantees you a seat and free popcorn. 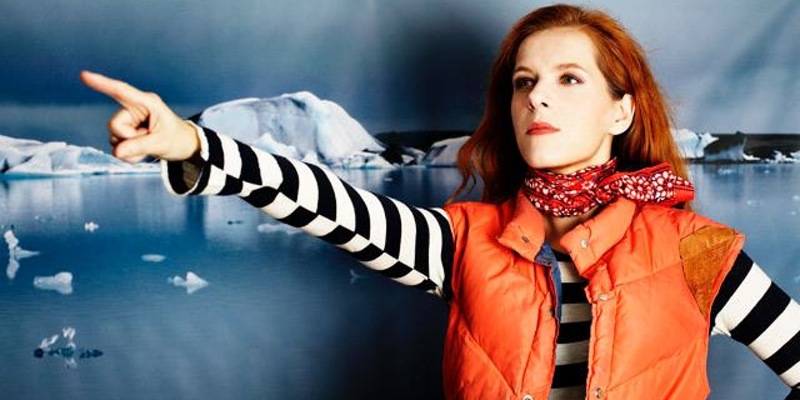 WOMANPRODUCER is a project focused on archiving the work of sonic innovators, and it has expanded this fall to a series of live events at National Sawdust that aim to bring producers and tech-types from a wide range of musical genres to discuss and perform music together. The topic of music production will be discussed on Tuesday night at 7pm, among a panel of luminaries like Neko Case, Zola Jesus, Miho Hatori, and Suzi Analogue. The conversation will be moderated by Melissa Dyne and Khaela Maricich of The Blow, and tickets are $20 each.

One of our fave spots in Red Hook, Fort Defiance, is throwing its hat in the Cider Week ring with an Oysters, Cider, and Bacon party that sounds like, um, pretty much the best. Cidermakers Farnum Hill and Slyboro will be there pouring drinks to accompany raw and grilled oysters, oyster-bacon bisque, cider-braised bacon, and more from 6pm-10pm. If you can’t make it on Wednesday, be sure to take a gander at the other events on the Cider Week schedule happening all week across the city.