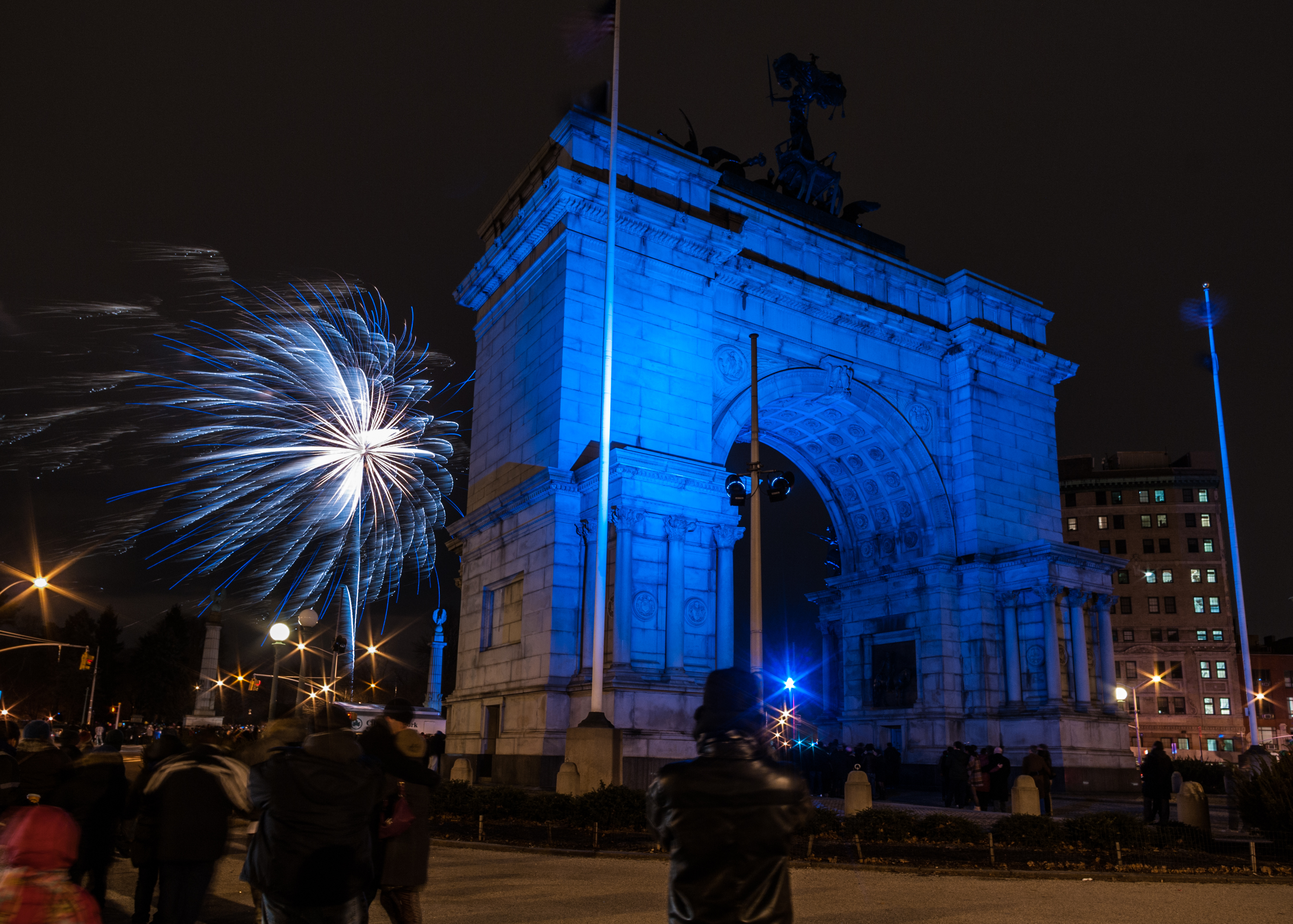 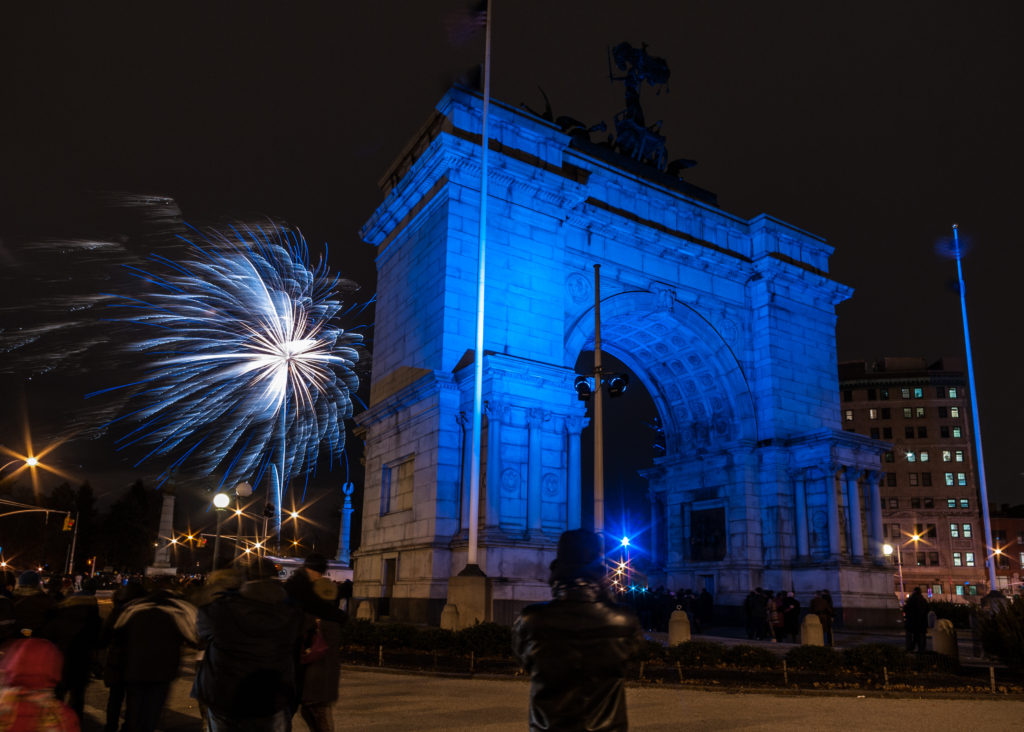 There will be fireworks at Prospect Park on New Year’s Eve. Photo: Andrew Gardner

It’s officially winter, which means we’ve only got a handful of days left until we can finally put 2016 in the rear view. Can I speak for all of us and say don’t let the door smack you in the ass on your way out, year of ruinous hellfire? It’s all symbolic and somewhat arbitrary, but I can’t help but feel that it will be the ultimate catharsis to start with a fresh page on the calendar and renewed focus on what lies ahead? And man, do we ever need some decent, smart people like our beloved BB readers to be on top of things and ready for action in the new year.

So, it is definitely my holiday wish that everyone gets some well-deserved time off next week to rest, re-energize, and curl up with a book in front of a fire somewhere. It goes against every overachieving, ambitious New Yorker’s most basic instincts, but there is serious power in actually forcing yourself to do nothing for a day or two every once in awhile. So please do that if you can. If you need some inspiration, here’s Vulture’s list of 2016’s best new TV shows that you can binge-watch in your PJs.

Because we’ll all be off celebrating the holidays with our families and friends next week, we decided to round up our list of fun ways to usher in 2017 and present it to you this week, figuring that after a few days of doing nothing next week you’ll be good and antsy and ready to blow it out. We’ve also collected a few great stories from Brooklynites-about-town about their own memorable New Year’s Eves past, which we’ll be posting throughout the rest of this week. For now though, Happy Hanukkah, Merry Christmas, and the happiest 2017 to all! Onward!

Friday, December 30 is both the second to last night of Hanukkah and Shabbat, so it is appropriate that Union Hall is hosting the First Annual Chanukahstravaganza, featuring a top-notch roster of comedians who happen to celebrate the Festival of Light, including Lana Schwartz, Ilana Michelle Rubin, Emmy Blotnik, Matt Koff, Michael Wolf, Catherine Cohen, and Anna Roisman. The show starts at 9:30 and tickets are $6 if you buy them in advance, with proceeds to benefit the Anti-Defamation League.

On New Year’s Eve itself, there are so many options to choose from that it was hard to narrow things down to a workable list, but we tried our best to give you a variety of choices depending on your tolerance for crowds, noise, and being outside in the cold. Speaking of which, the Prospect Park Alliance is putting on a free fireworks display (with free hot chocolate! and live entertainment) to celebrate 2017, which happens to be Prospect Park’s 150th anniversary year. RSVP here and make sure to wear a warm coat– the festivities don’t start until 11pm.

Feel like dancing? Head to Gowanus for a special NYE Edition of The Rub at The Bell House, featuring DJ Ayres and DJ Eleven and a champagne toast at midnight. Tickets are $60.

In Park Slope, you can relive your typical college keg party (with better beer) at the cavernous Kings Beer Hall, which will be ringing in the New Year 70s-style, with disco music, groovy costumes, foosball, beer pong, board games, and a live stream of the ball dropping on three jumbo screens. Tickets start at $25 and the party starts at 9pm.

Or head over to Crown Heights for Berg’n’s New Years Eve Party, complete with drink specials, ping pong, adult coloring, cornhole, and DJ sets. Oh, and obviously great food stalls to choose from. There is no entry fee and the fun starts at 9pm.

Prospect Heights’ Bearded Lady has a no-cover night of fun planned for people who want to class it up a bit, with special deals on champagne and oysters and free noisemakers at midnight. And if you really want to be a fancy pants, feast on a Southern-inspired menu featuring the traditional New Year’s black eyed peas served alongside, caviar and grits, and black sea bass with crab bearnaise at Reynard.

If you want to enter the New Year baggage-free, take a trip to Greenpoint’s Diamond Bar, where the famous ski gondola in the backyard will serve as a pop-up confessional booth from 9pm-midnight. Park Church Pastor Amy Keinzle will listen as you unburden yourself of your darkest secrets, and set you on the path to acceptance and healing. The price of this spiritual release? Zero dollars.

For a party that sounds like one of New York’s hottest clubs as described by Stefan from SNL, get crazy at The Greatest New Year’s Party Ever 2017!  at Brooklyn Bazaar, which boasts three floors of musical performances, art installations, see-saws, and a ball pit. Guests include Titus Andronicus and DJ Michael T, tickets are $40, and it all starts at 9pm.

While we’re talking about Coney Island, it is a life goal of mine to go see (and maybe even participate in) the annual New Year’s Day Coney Island Polar Bear Plunge. Swimmers jump in the frigid waters every year at 1pm sharp to banish hangovers and, more importantly, to raise money for Camp Sunshine, which serves kids with life-threatening illnesses, and it’s followed up by a post-dip party at nearby Peggy O’Neill’s bar. I sadly can’t make it this year, but someday!

If that sounds like sheer insanity to you, you can celebrate the first day of 2017 in much more comfort at the New Year’s Day Party at House of YES, which runs from 11am-10pm.

Here you will find all the makings of a day if rejuvenation and pampering, including deep house yoga, detox elixirs, massage stations, manicures, pedicures, facials, a hot tub, tarot readings, live music, and a re-glitterfication station (YESSSS!). Brunch will be served until 6pm and tickets are free if you rsvp and arrive by 5pm, or $25 otherwise. The best part is that they are actively encouraging attendees to “wear whatever you wore last night.”

For the most low-impact way to recover from and NYE extravaganza, cozy up to brunch and a classic flick at Nitehawk, which will be screening Hook at 11am and one of my top three movies ever, When Harry Met Sally, at 11:30am. And if you start feeling Sunday, post-holiday blues, remember that Monday is officially a holiday! See ya on the flip side and have a happy and safe holiday season!