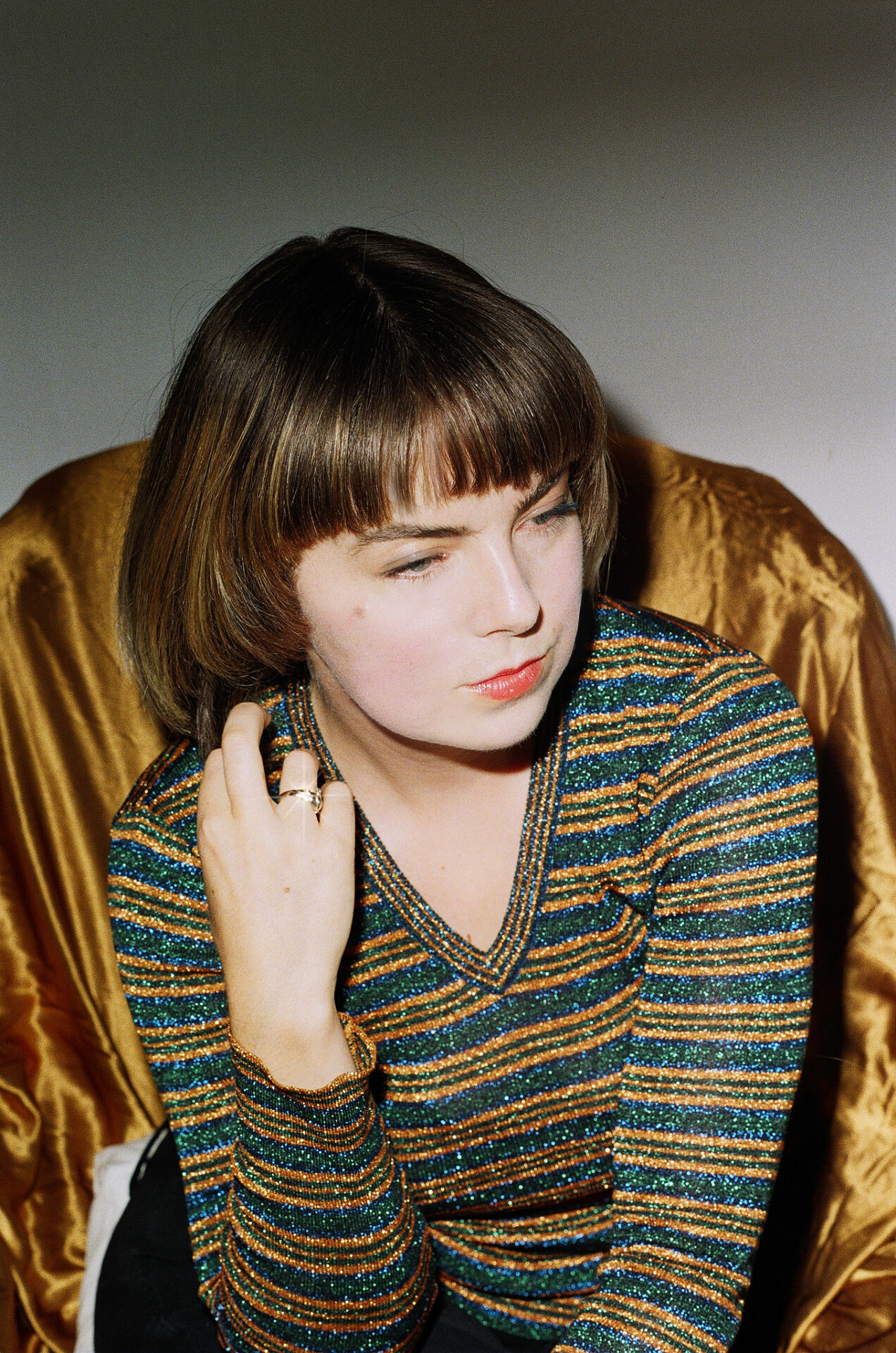 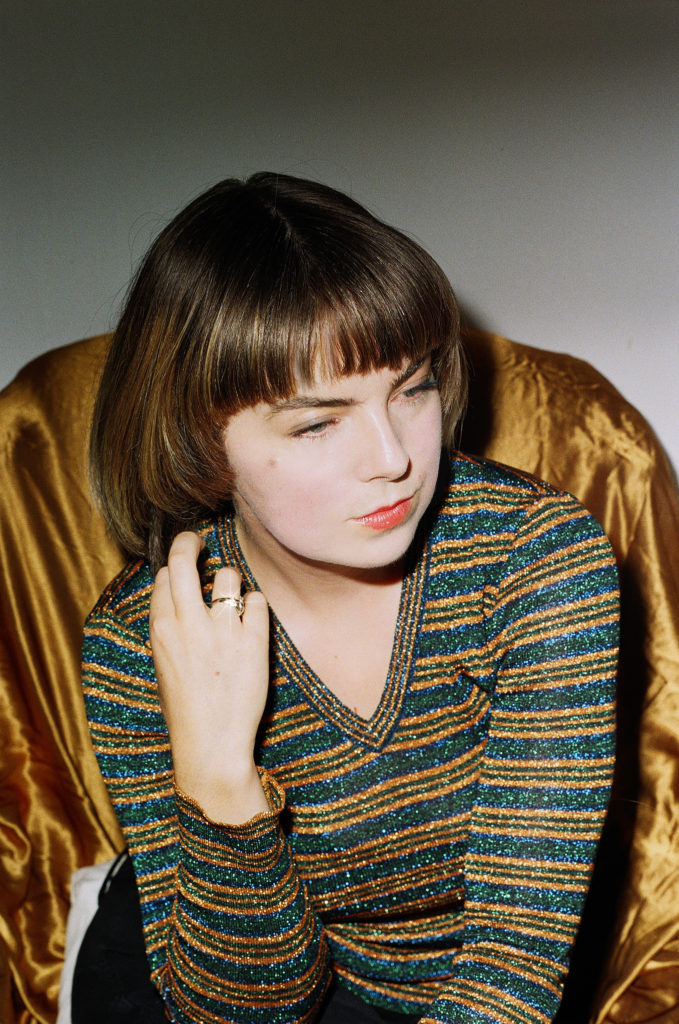 If Mozart’s Sister, Canadian indie pop musician Caila Thompson-Hannant’s current project, has got you wondering whether Wolfgang Amadeus Mozart actually had a sibling, then let’s start with a quick musical history lesson. Yes, the famed composer had an older sister named Maria Anna (1751-1829). Like her brother, Maria was also a musical child prodigy who toured with Wolfgang and performed for audiences throughout Europe. Some have even said that Maria had an influence on her younger brother, according to a Smithsonian article, she transcribed Wolfgang’s first symphony, and another researcher claimed that she composed works for her brother so he could learn how to play the piano. But her music days ended when she turned 18, (and her family insisted she focus on getting married) while Wolfgang’s career continued to flourish into adulthood and eventually legend. Over time, Maria Anna’s life and contributions have surfaced in articles, books, a play, and a movie, after she had been relegated throughout history as a footnote to the career of her more famous bro.

It’s fitting that Thompson-Hannant named her project after an unsung female musician who was independently talented in her own right. For her new album, Field of Love, Thompson-Hannant called her own shots throughout production and recording. The follow-up to her 2014 full-length debut album Being, Field of Love is a celebratory, romantic electropop record: dizzying atmospheric synth sounds, infectious dance beats and Thompson-Hannant’s child-like yet soulful vocals buoy uptempo tracks like “Eternally Girl,” “My Heart Is Wild,” and “Moment 2 Moment.”

If Field of Love sounds like something out of the ’90s, that was by design–it was during that period that Thompson-Hannant developed her love for dance pop.

Thompson-Hannant, who previously played in the band Shapes and Sizes, is returning to the States for some upcoming show dates, including one at Brooklyn’s Silent Barn tonight, as well as several showcases at SXSW in March. Brooklyn Based spoke with this emerging musician who, unlike the Mozart’s actual sister, has stepped out on her own without being in someone else’s shadow.

Was there anything that you wanted to do differently with this new record compared to Being?

Field of Love came about very easily. At some point during writing I decided that I wanted to make something that I really wanted to listen to. The things that gave me joy and maybe a bit of guilty pleasure–just pure ecstatic pop! I also decided that I wanted the record to be dance-y and uplifting, so any darker songs I left off the table. It was a very fun experience.

Love and romance and relationships seem to run through the songs on Field of Love. Would you say that is the theme of the record? And is it autobiographical?

Yes and no. I always draw from personal experience but I wanted it to be a child-like expression of love… a little alien, a little naive. But, autobiographically I was quite in love during much of the process. Not just that, but I decided that I could love…I was embracing the possibility of love from many angles, almost as if love was a noun disassociated from any thing. Something you could have without having anything or anyone.

In the songwriting process, which comes first for you—the music or the lyrics?

Mmm that’s tricky. I’d say the melody and lyrics often come at the same time. But once I have a fairly good idea I make the music and fill in the lyrical blanks after.

Who produced the record? Were there any additional musicians?

I produced and recorded it! I mixed the record with my dear friend Tyler Fitzmaurice at his studio in Montreal. We did some very good work together.

I’d love for you to talk about the backstories behind two of the songs that have been released so far with videos: The first is “Eternally Girl,” which I find as romantic as it is danceable—could you describe what inspired you to write that song?

That song came from a sense of both longing and feeling an open potential for love and connection. I was inspired by the theme of “Running Up That Hill” by Kate Bush. It’s a song about taking the other person’s perspective in a relationship (I think at least!) I wanted to switch the genders in “Eternally Girl” so I was singing from a girl’s perspective and a boy’s perspective and acknowledging that I and we all have both (all) in us.

The video for “Eternally Girl” is quite interesting—it’s you running back and forth into and out of the frame, and there’s no close-up of you. Who came up with the concept and where was it shot? (btw, I love the little girl who followed you at the end of the clip)

The video was conceived and make by Tommy Keith and Blake Gilley. We shot it in and around Montreal. The first day of shoot it was poooouring rain! It just all went from there. That little girl was a cutie.

The other song I wanted to discuss is “Angel” (btw, great video), which contrasts with “Eternally Girl” and some of the other tracks preceding in terms of the mood and tempo. How did that song originate?

Well I had the melody for “Numa Numa” in my head and wanted to work it into the song somehow. So it started with that and grew really organically from there. Lyrically it changed a bit as I was writing it. It was a love song for someone, and anyone, just the feelings of being in love, the anxiety and passion and peace. I wanted it all in there.

I studied classical voice in British Columbia during high school. When I moved to Montreal I knew I wanted to do music and it was a perfect place to get started. Lots of people doing things without a pressure to be anything, it’s a very nurturing city for young artists. I grew up on Bjork and Massive attack and the Spice Girls and Aqua. All those influences were very impactful and it’s still some of my favorite music to revisit.

In  some of the articles I read about you, you’re mentioned with another Canadian artist, Claire Boucher, a.k.a. Grimes. What are your thoughts about Claire as a musician and her music—do you feel that you share some similar musical sensibilities?

I love Claire’s music. She is a true genius and artist. What she has done to raise herself to such a level is very inspiring. I think we probably share a similar ethos and I know we both enjoy pop music on a very deep level. I can’t speak for her, though!

How would describe playing in America compared to Canada in terms of the audiences? And what do you look forward to on this particular tour of the States?

The States are so varied! If you’re in Texas you get a different feeling that in California or New York or Ohio or Minnesota. Canada does not have as much diversity. There are differences but in general I find it to be a bit more homogeneous. I’m really looking forward to the shows in California! I’ve been spending some time in L.A. and I love it there. Very excited to finally play it! New York is always rewarding to play also. I find the caliber of musicians there to be so high, every new artist I play with is just so good.

Mozart’s Sister will be playing Thursday at Silent Barn, 603 Bushwick Ave., Brooklyn, 8pm, $10. Her new album Field of Love will be out Friday via Arbutus.