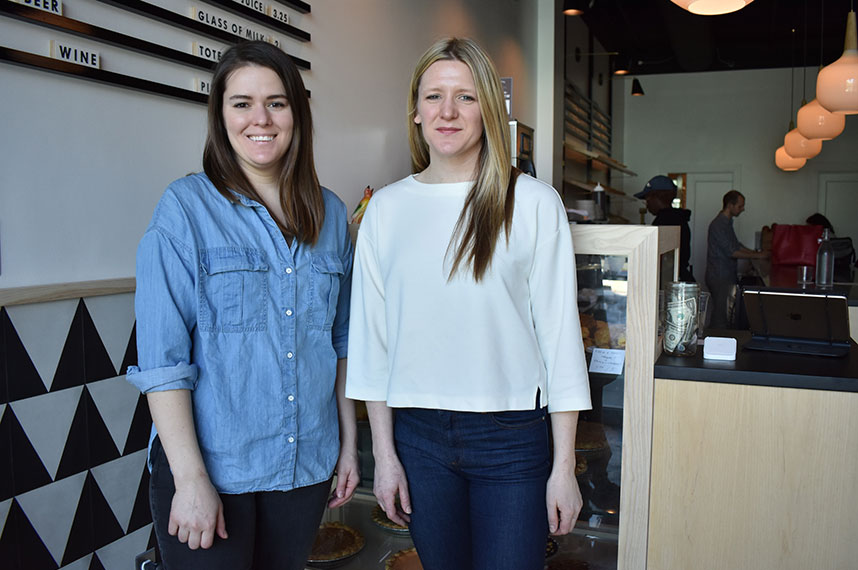 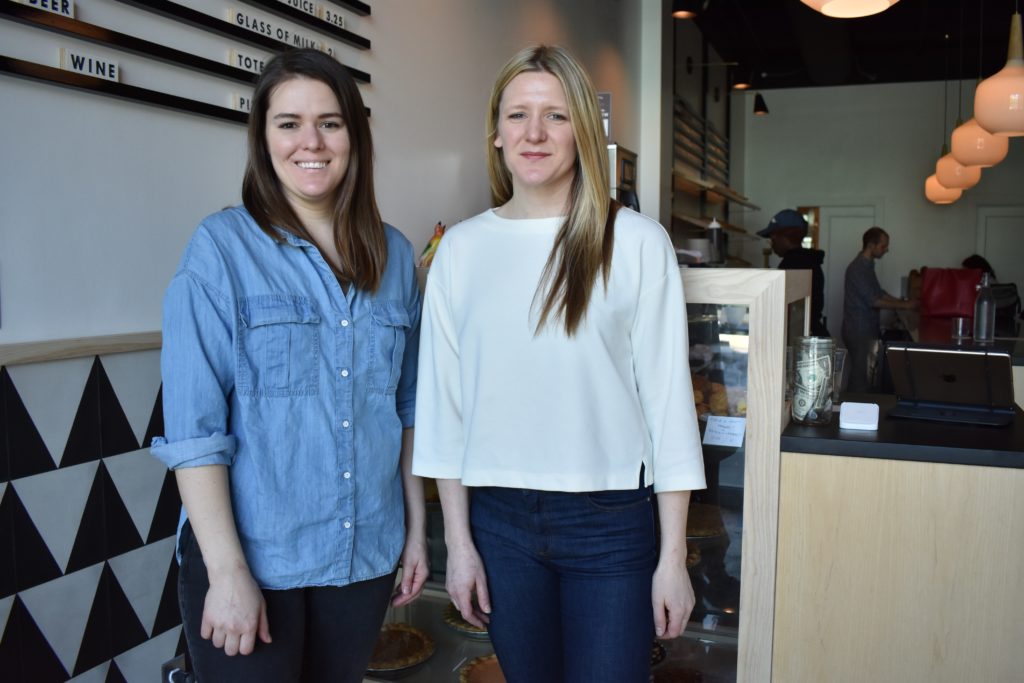 In the restaurant industry, partners are essential. One person can’t go it alone for reasons financial, emotional, practical and logistical. But like in any business, having a partner you can trust–and see eye-to-eye with–is crucial to success and often difficult to find. So what happens when you start a business with someone who knows you better than pretty much anyone, who you probably got sent to your room for smacking at some point, and who remembers every moment of every awkward phase you’ve even gone through?

Food businesses owned by sibling partners have a particular style. They choose to run their projects with a family-first ethos where respect for each other, collective decision-making, brutal honesty and reasonable expectations are the guiding principles. In addition to great food, of course.
Family business 2.0

The Elsen sisters, owners of Four & Twenty Blackbirds and co-authors The Four & Twenty Blackbirds Pie Book, have come a long way since hanging out in their mother and grandmother’s restaurant in Hecla, South Dakota (population: 227) as kids. They learned to love working with family from a young age, and after taking very different career paths, Emily and Melissa ended up in Brooklyn making pies together in their Crown Heights house. The pies, of course, were inspired by those their grandmother made back home.

“Family business is in our blood,” Emily said one recent morning at their brand-new pie counter in Prospect Heights.

When the Frankel brothers opened their eponymous Jewish deli in Greenpoint, the restaurant industry was on younger bro Zach’s resume already, but older bro Alex had more experience on the road with his band (Holy Ghost!) than in the kitchen. For Zach, having his brother involved meant everything.

“I would have [opened it], but I don’t know if I could have,” he said. “To have someone close was very helpful.”

Zach said the fact that his brother wasn’t from the restaurant industry was more of a benefit than a hindrance.

He continued. “This is my life,” he said, gesturing to the deli around us, with its menu painted on a mirror in an old-fashioned style. “I don’t get to hear the word on the street.”

(Later, in an email, Alex said, “You sure you spoke to MY brother? The day my brother says I’m cool to my face will be the day pigs fly haha.” Brothers will be brothers.)

Another pair, the Sussman brothers, came to open their restaurant Samesa after working their way up through esteemed Brooklyn kitchens (Max at Roberta’s and Eli at Mile End) before they were ready to open their own place. The Michigan brothers knew from a young age that they enjoyed cooking together, having started at a socialist summer camp. Once in Brooklyn, they wrote two cookbooks together, too (This Is a Cookbook and The Best Cookbook Ever). Opening a place of their own was always on the menu. 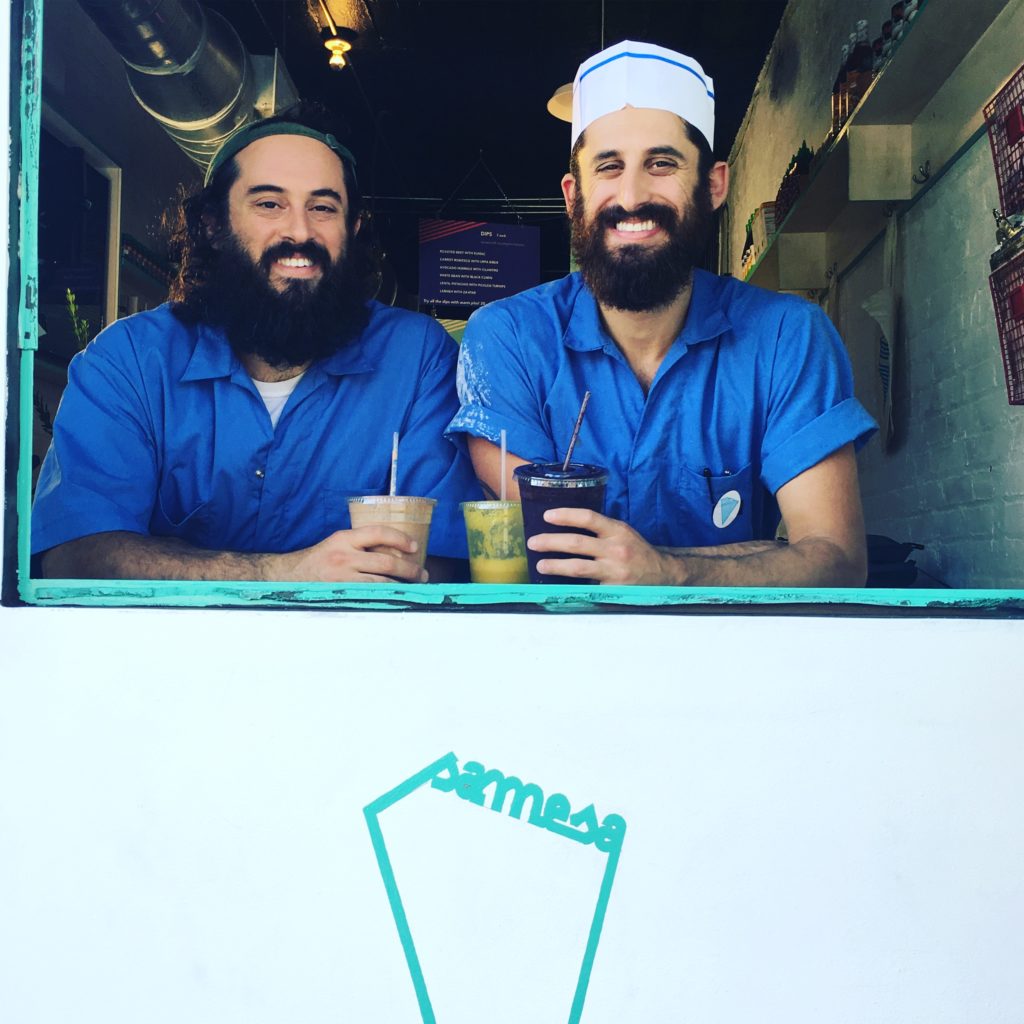 Max and Eli Sussman always knew they wanted to open a restaurant together. Photo: Sussmans

Sibling rivalry in the kitchen

When brothers and sisters work together, sibling rivalry seems like a natural pitfall. Eli says competition actually benefits him.

“We are competitive but only for the beneficial nature of the restaurant.,” he says. “We both try really hard to come up with cool ideas to put on the menu. We definitely each have things that we’ve been more responsible for its creation and that’s a good thing. For example, Max is fully and wholly responsible for the lentil dip and pumpernickel pita … I’m not jealous I had nothing to do with their creation. It’s the exact opposite. I feel lucky that my partner is so good at his job.”

Emily Elsen explained that there is definitely an older sister-younger sister dynamic at work, but that it doesn’t manifest in rivalry. She said they’ve always had individual strengths.

“Basketball was a big thing in our town and Emily was really good at it. I was okay at it,” Melissa said. “My aunt said, ‘Do you ever feel like you’re in Emily’s shadow?’ I said ‘No! I’m an honors student!’”

“She got recruited by Harvard!” Emily exclaimed.

“If we didn’t have it as teenagers, we don’t have it now,” Melissa said.

Competition is close to zilch between the Frankel’s because their backgrounds and experience are so different.

“Zach has so much experience in all facets of the business. He’s been an executive chef, a bartender, a line cook, a manager … I have almost zero experience in the industry but have a lot of experience with brand identity from working in the music business almost 20 years now,” said Alex. “I think I help in that capacity and more importantly as someone Zach can shoot ideas off of and trust.” 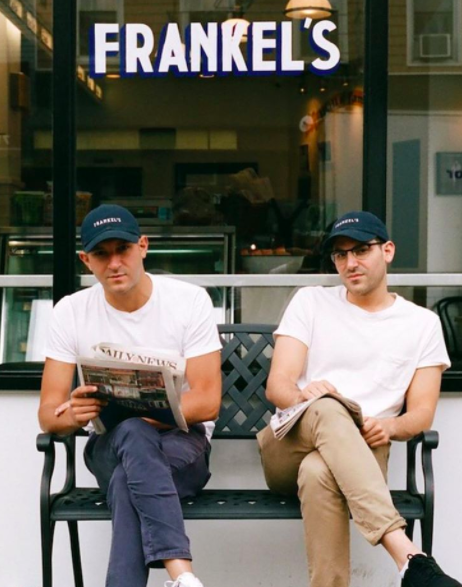 At the end of the day, you’re still siblings

Business partnerships are notoriously difficult to navigate and the thin margins and long hours of the food industry only increase those pressure. According to Zach, having Alex as a partner instead of someone outside the family, “someone close,” he said, has been very reassuring.

“With partners, investors it gets complicated fast,” he said.

Eli Sussman noted that he can be very direct with his brother and not have to worry about repercussions.

“The best thing is that we can be extremely transparent and vocal with each other about issues and potential situations that may influence the restaurant or our brand negatively,” he said. “We can be brutally honest and still know that tomorrow we will both show up because we have that brotherly bond to be honest that can be even more intense than a friend or partner relationship where you are worried about hurting someone’s feelings or ego.”

Same goes for the Elsens.

When you’re with a family member, too, you have a better idea of how far to take things, said Eli.

“Some things are better to marinate over and then give it your response and attention a day or so after so you’ve had time to process, see all options and weigh all responses,” he said.

And the sibling closeness factor helps, too.

“We’re kind of one mind, one person,” said Zach.