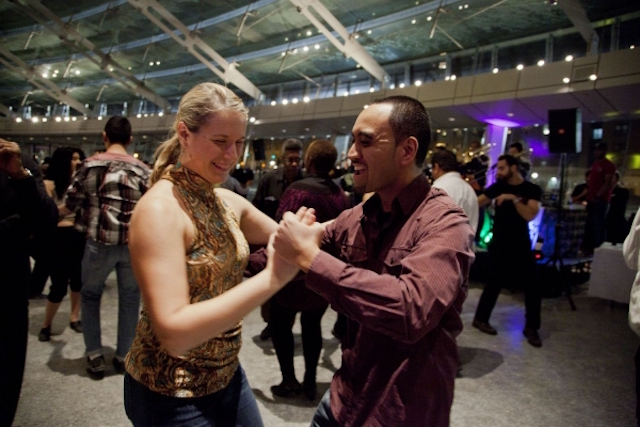 Weird week so far, huh? A couple of days of incredible weather felt like a fresh, hopeful beginning, but then all it takes is a glance at the internet to reveal another elementary school shooting, airlines committing assault against their customers, David Letterman’s mom dying, and the usual stream of myriad abominations from the Trump show. It would be great if we could all just have a really good stretch of positive stuff only (or at least not actively bad stuff) for a while, don’t you think? Excessive optimism can feel a little phony and is tough to muster in a constant onslaught of somber news, but the internet sometimes delivers a glittering shard of seaglass amidst the gloomy flotsam. Case in point: I ran across this poem by Maggie Smith (no, not the Dowager Countess) on Twitter the other day and it struck me as at once lovely and grim and encouraging and an utterly fitting reflection of my mood these days:

Life is short, although I keep this from my children.

Life is short, and I’ve shortened mine

in a thousand delicious, ill-advised ways,

I’ll keep from my children. The world is at least

estimate, though I keep this from my children.

For every bird there is a stone thrown at a bird.

For every loved child, a child broken, bagged,

sunk in a lake. Life is short and the world

is at least half terrible, and for every kind

stranger, there is one who would break you,

though I keep this from my children. I am trying

to sell them the world. Any decent realtor,

walking you through a real shithole, chirps on

about good bones: This place could be beautiful,

right? You could make this place beautiful.

This week is an ideal one to add something good of your own into the mishmashed kaleidoscope of heartbreaking, happy, gorgeous hideousness that is life on this planet at the present moment and push for a collective net positive. I’m gonna give it a shot, anyway. But that certainly doesn’t mean I can’t get good and mad and head on over to the Tax March at Bryant Park at 1pm on Saturday–hope to see some of you there! In the meantime, keep your head up everyone, and check out our other ideas ideas of ways to fill up your time between now and next Wednesday.

The Brooklyn Museum has a monthly Salsa Party with instruction from pros. Photo: Debra Reyes

Despite the fact that I’ve been writing this weekly column for years, I’ve somehow just now learned that The Brooklyn Museum has a standing, monthly Salsa Party, complete with instruction from professional dancers. It’s happening this Thursday from 6:30-9:30pm, and it’s free with museum admission. If you discover that your own salsa skills leave a bit to be desired, you can stick around for live music and performances by some of Brooklyn’s best Latin dance teams. This is also a great time to finally check out the Georgia O’Keeffe exhibit that everyone I know has been telling me is awesome. Head over to nearby Gold Star Beer Counter for a nightcap, or El Atoradero for stellar Mexican food if you’re feeling peckish after all that activity, and you’ve got yourself the makings of a pretty perfect evening. 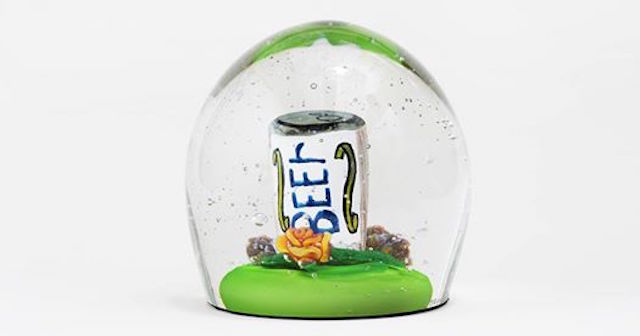 A show structured around paperweights opens in Bushwick on Friday.

It’s been about a month since the 2017 Biennial opened at The Whitney, which means that maybe, just maybe, it is no longer a complete cluster at all times to get in there and see it. Now in its seventy-eighth year, the survey of the latest, most cutting-edge contemporary American art includes the work of more more than 60 individual artists and collectives who are pushing the envelope in media ranging from painting to sculpture to video-game design. Having not yet been myself, I can only imagine the current political landscape is a not-so-subtle undercurrent. Assuming you can’t beg off from work in the middle of the day, Friday evening is actually a pretty good time to visit if you want to dodge the weekend crowds. Tickets are $22 and can be purchased in advance online. If it all still sounds too overwhelming, you can still get a dose of emerging art at The Paperweight Show, the inaugural exhibit at Bushwick’s brand new Fisher Parrish Gallery. More than 100 artists working in almost as many media have created tiny works of art that also happen to serve as functioning paperweights, which sounds like something worth checking out. The opening reception is on Friday night from 7-10pm. 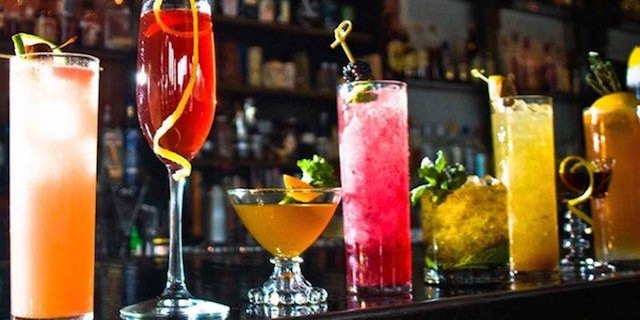 Saturday should be a great day for a cultural crawl.

Although the annual Cherry Blossom Festival at Brooklyn Botanic Garden is one of the borough’s most perennially popular events, I have to admit that the mob scene there the past few times I’ve been has detracted a bit from my enjoyment. Maybe this year I’ll leave Sakuri Matsuri, which happens at the end of the month, to those who have never had the pleasure and make a trip to the garden a few weekends earlier instead. This Saturday, there is a Magnificent Magnolias Tour happening at 11am, which appeals to the Southern-born side of me, and which I am almost certain will offer up a much more relaxing experience (not to mention a sneak peek at the cherry blossoms already in bloom). If you’re thinking you want to cut loose a little more on your Saturday, snap up a $25 ticket to the Brooklyn Cultural Crawl, a booze-and-street-art-filled progressive with stops at Black Swan, Beast of Bourbon, and lots of other Bed-Stuy watering holes. The crawl starts at 2pm and will have plenty of cheap drinks, food, and art installations to keep you entertained all day long. 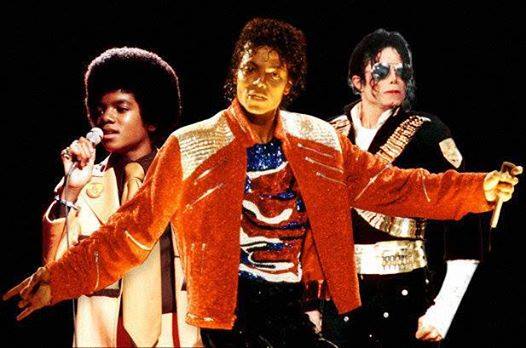 How about an Easter skate with MJ?

Just because you aren’t spending Easter will a bunch of candy-grubbing kiddos, doesn’t mean the Easter Bunny has forgotten about you! Rooftop Reds is hosting an Easter egg hunt for adults only in its Navy Yard vineyard, complete with copious amounts of wine and Mast Brothers chocolate, from 2-5pm. Tickets are $25 each and you can buy them here. Later on, you can wander down to Pier 2 in Brooklyn Bridge Park for a special Michael Jackson-themed Skate Nite at the roller skating rink starting at 6:15. Admission is $9 per person, with an extra $6 charge for skate rentals, and kids are welcome at this event. 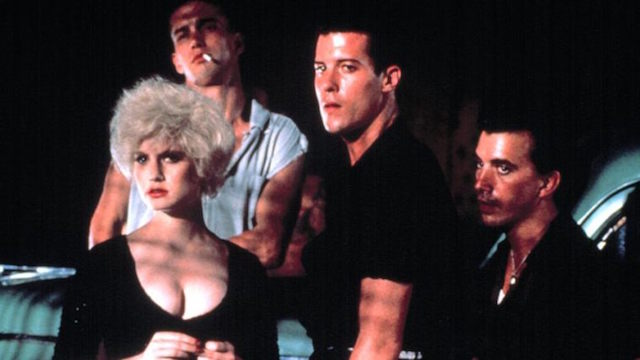 Given rising rents, pollution, gentrification, and other urban woes, life in Brooklyn these days isn’t always easy, but the unflinching view of union strikes and violence in the borough presented by 1989’s Last Exit to Brooklyn sounds hopeless by comparison. For all you local history buffs, Alamo Drafthouse is screening the cult classic, which was directed by Uli Edel and features a scene-stealing performance by a very young Jennifer Jason Leigh, at 7pm on Monday night, and tickets are $12. 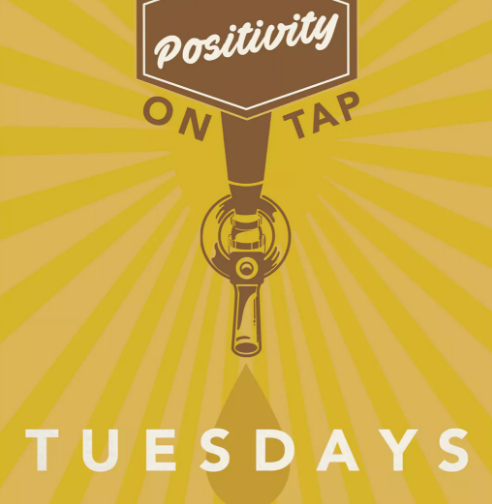 On Tuesday nights this April, Threes Brewery is doing its part to inject some good vibes into 2017 with its recurring Positivity on Tap series. Each week, bands will perform music with a positive message, interspersed with useful information from non-profits who need our help. Apparently, there will also be goodie bags, which has me intrigued! The idea is to inspire and empower attendees to keep the positivity going throughout the week, and who couldn’t use some of that? This week’s bands are MMBLR, The City and Horses, and Strawberry Runners, and the show starts at 8pm. 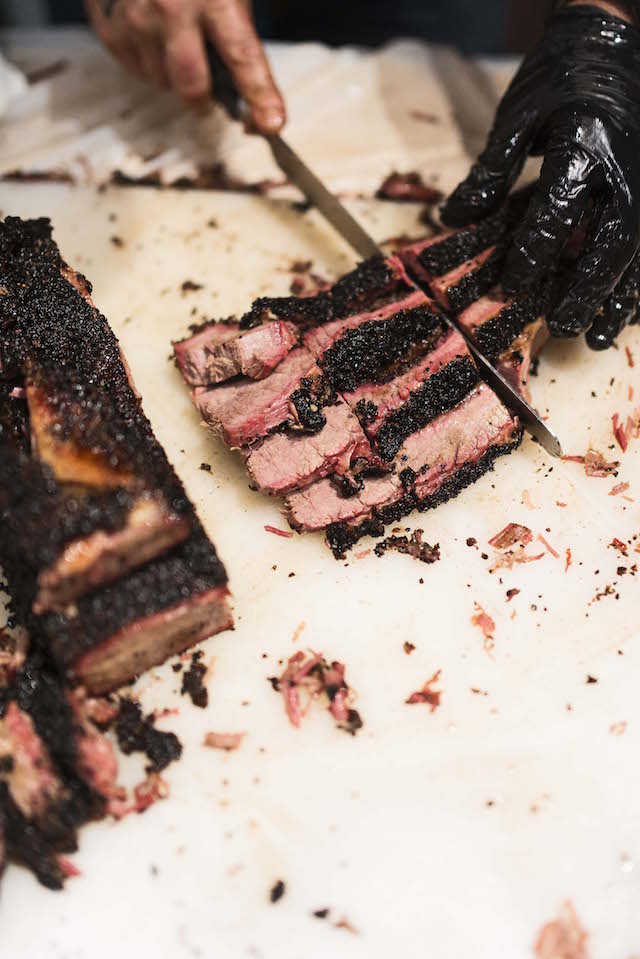 Calling all brisket lovers. . . your time has come! On Wednesday night, over 20 pitmasters from all over the city will compete to be crowned Brisket King at a competition of the same name, now in its sixth year, taking place at LIU’s Food Science Academy. Everyone you’d expect will be throwing their smoked meat in the ring, including Blue Smoke, Mighty Quinn’s, and Dinosaur BBQ, plus some less traditional entrants like El Atoradero and Look by Plant Love House. The delectable finished products will be judged by a panel of luminaries, Including James Beard award winner Aaron Franklin of Austin’s Franklin’s BBQ and Jake Dell of Katz’s Deli. Tickets start at $75, which includes unlimited brisket samples, craft beer, cider, and signature cocktails, so I’d suggest a very light lunch.