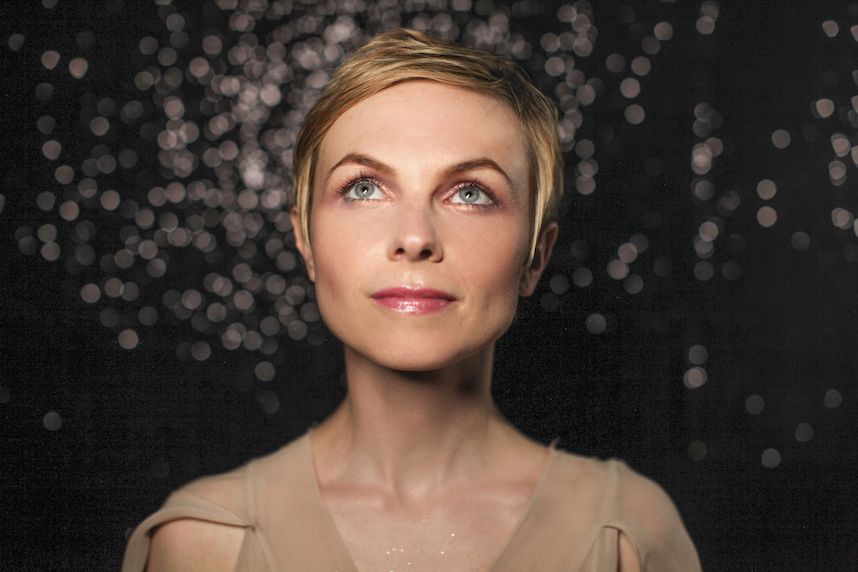 Young Brooklyn-based singer Kat Edmonson’s music is a throwback to an earlier era—not the ’80s or the ’90s, but specifically from the 1920s to 1950s. If you didn’t know that the songs from her upcoming album Old Fashioned Gal were written by her, you could’ve sworn they were covers of jazz, pop and Broadway standards—tracks like “I’d Be a Fool,” “Sparkle and Shine,” and “With You,” really evoke the Great American Songbook. Edmonson—who is doing a Tuesday night residency through the end of February at City Vineyard—has a childlike voice with a phrasing that recalls Billie Holiday and Madeleine Peyroux. The whimsy and grace in her singing fit with her lush and romantic songs like a glove. It’s hard to believe that she was once a contestant during the second season of American Idol, an experience she references with humor on the song “Not My Time” from the new album. Had she gotten farther on that show, who knows if she would’ve pursued this jazzy-pop path. Fortunately, Edmonson is doing fine quite on her own.