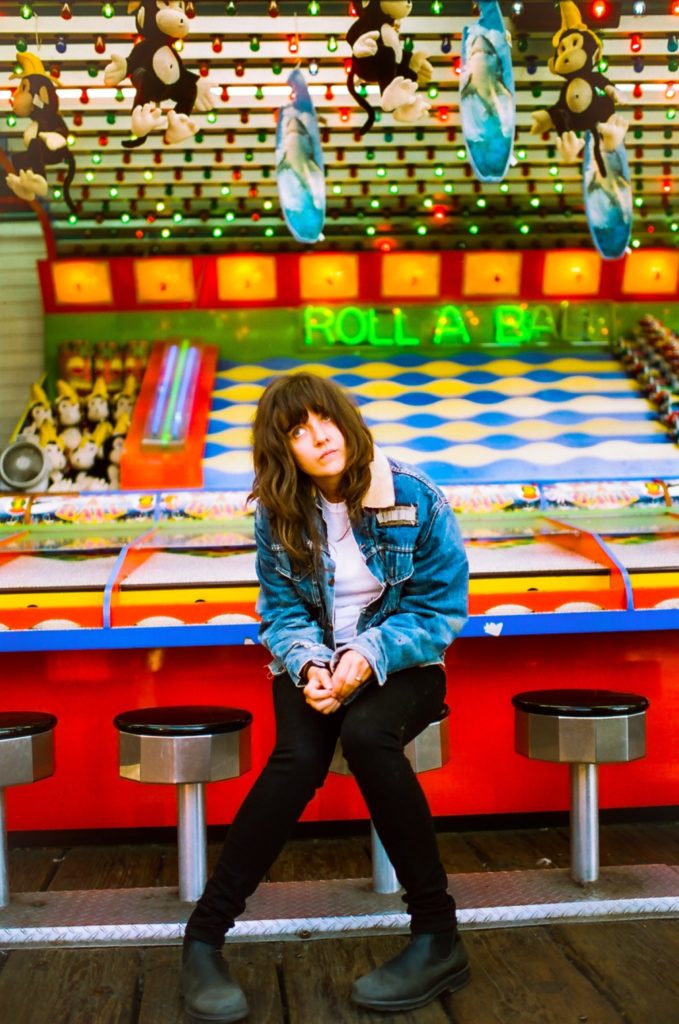 I can still remember the first time I saw Courtney Barnett perform on stage. It was in 2013 on a Saturday afternoon at some Williamsburg dive during the CMJ festival (R.I.P.), when this unknown left-handed Australian singer-guitarist performed a set of shit-kicking rock and roll to a small crowd. I was mesmerized by Barnett’s axe work, talk-singing style, and clever lyrics. The rest of the world caught on and now she’s one of the most prominent names in indie rock. In the wake of her latest record, Tell Me How You Really Feel, Barnett is headlining Celebrate Brooklyn at Prospect Park on July 25. And if that’s enough of a treat, there are two other critically-acclaimed alt-rock artists opening for her: Julien Baker and Vagabon, both of whom deliver their own brand of powerful and emotional music. It’s going to be a killer evening of music with those three sharing the same stage.

While she’s not on that bill at Celebrate Brooklyn, Jay Som (real name Melina Duterte) is another emerging artist who’s gotten some strong praise for her music; she’s playing at Music Hall of Williamsburg on July 28. Last year Jay Som released Everybody Works, which was made in her bedroom. With Mitski and Japanese Breakfast, Jay Som is part of a current wave of Asian-American female indie rock musicians. She once told me for NBC News: “Music shouldn’t be white-male dominated, especially indie music. I think that needs to be done and over with. Every day I see new artists like women of color, queer, trans folk leading a new kind of scene in the independent music world.”

While those aforementioned female artists represent a new generation of alternative rock, one can’t forget those who helped shaped the genre. In that case, Television can be regarded as the forefathers. Emerging from the downtown New York City punk scene during the mid-‘70s that included the Ramones, Blondie and Talking Heads, Television melded punk attitude and angular-sounding art rock into something so distinct and influential; a key part of that sound was the legendary guitar interplay between Tom Verlaine and Richard Lloyd. The band’s 1977 debut and masterpiece, Marquee Moon, still ranks high on those best albums lists. Television (sans Lloyd; in his place is guitarist Jimmy Rip) is playing at Elsewhere on July 31; expect the band to draw material from Marquee Moon (which celebrated its 40th anniversary last year) and its underrated follow-up Adventure.