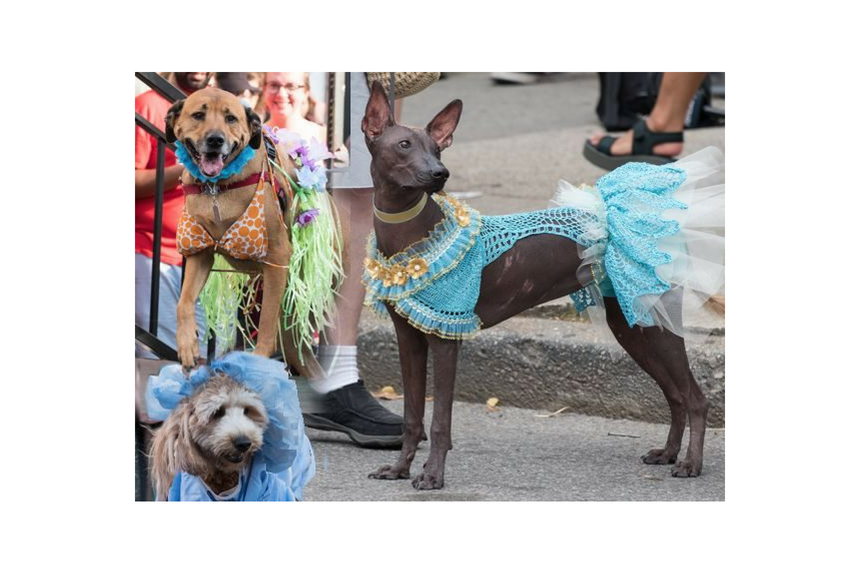 On Saturday, spend the day outside burning off all those extra frose calories you’ve been packing in lately at the 10th annual Epic Ride to support the Brooklyn Greenway Initiative. The ride starts in Greenpoint at 8am, and you can opt for a 25-mile or 40-mile route along the Brooklyn waterway (or, as I did a few years ago, hop into the fray at a later start further along the route). No matter which ride you pick, you’ll end up at the afterparty at Riis Park Beach, where you can swim and enjoy a complimentary beer with your fellow riders. It’s costs $65 to participate and if you’re intimidated, don’t be– if I did thing thing easily with my comically un-aerodynamic commuter bike, anyone can. Later that afternoon, head back to South Slope for Freddy’s Bar’s traditional summer puppypalooza, a dog fashion show/parade/block party featuring all of the cutest pups in town in costume, with drinks, bands, comedians, and canine red carpet appearances starting at 5pm. Finally, if summer evenings conjure up fond childhood memories of playing kick the can or manhunt after dusk, you might want to take your talents to DUMBO from 7-10pm for Come Out and Play, an event featuring street games and tech-enabled live action games for adults.