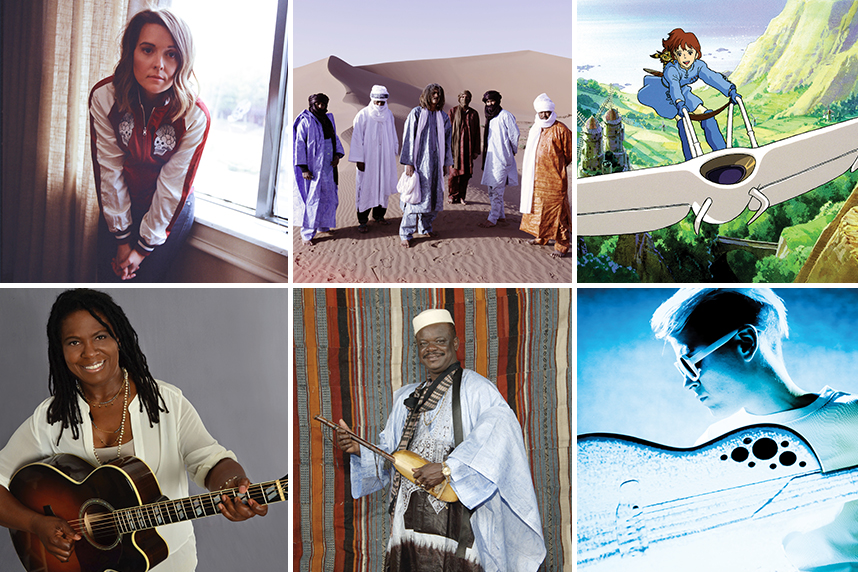 With a voice that easily slides from whispered raw emotion to rafter-shaking power, GRAMMY Award-winning singer-songwriter Brandi Carlile makes the intimate feel anthemic and the anthemic transcendent. She kicks off a weekend of free shows at the Prospect Park Bandshell on Thursday, July 26, along with Texan blueswoman Ruthie Foster, whose trio opens the show with soulful, gospel-infused vocals and guitar.

On Friday, July 27, guitar shredding desert blues group (and fellow GRAMMY Award winners) Tinariwen comes to the Bandshell with Malian griot Cheick Hamala Diabate. Tinariwen formed while its members were living in exile in Algeria in the 1970s as part of the Tuareg rebel community there, bonding over revolutionary politics and a shared love of the radical chaabi protest music of Morocco, Algerian pop rai, and western artists like Led Zeppelin and Jimi Hendrix. Cheick Hamala Diabate, first cousin of kora master Toumani Diabaté and the nephew of legendary Super Rail Band guitarist Djelimady Tounkara, opens the night.

Round out your weekend with a night of Music & Movies on Saturday, July 28, with a screening of Nausicaä of the Valley of the Wind, from the Studio Ghibli team, after an opening set by Brooklyn-based guitarist Kaki King featuring multi-instrumentalist Treya Lam.